Home / Articles / Hope and Light / A Fragmented Self 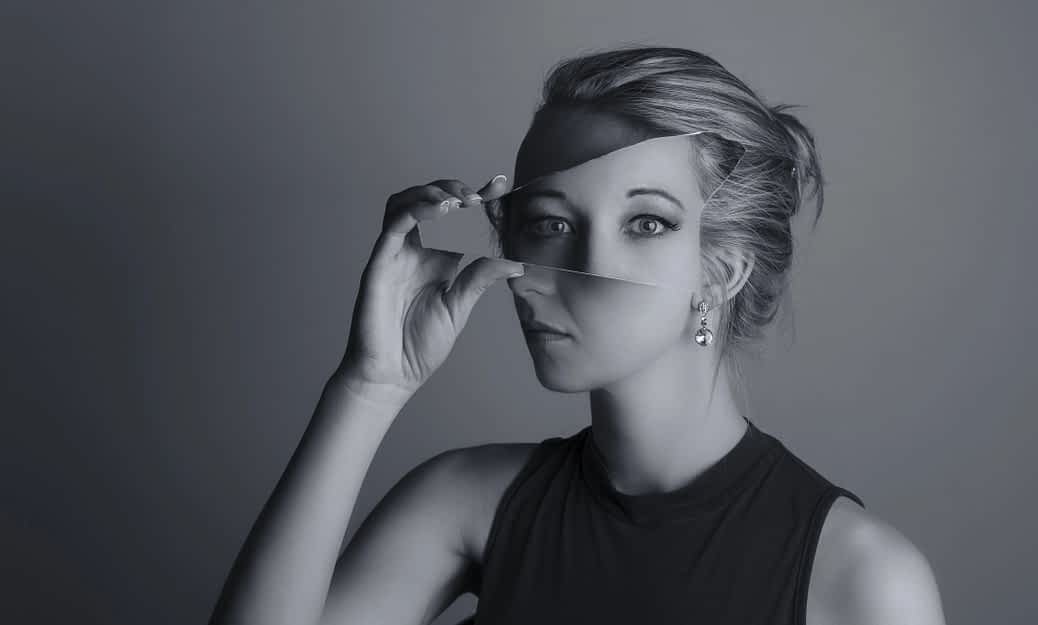 So many things in the world exist in a state of two halves, from microscopic organisms to greater things that are a part of the more spiritual side of life. If you are someone who believes they are not spiritual, I might suggest you reconsider your choice of thought and consider that a belief is not a truth.

When a belief is subscribed to fully and repeatedly it will become perception, and in turn, a reality in your life. It is important that we choose our beliefs with care to ensure that we create a life in harmony and to not try to swim against the natural flow of the tide of life that is available to us.

By looking at a chromosome, not a specific one, as they all serve as an example in this context, we see that they exist in a pair or two halves. A component of our biology that is key to what we are and how we grow to become the human of today. We have a brain that is described as two halves, a left and right-hand side. Each side with specific areas, which deal with a range of functions enabling us to live, interact, think, sense, learn, react and so on.

We have both a conscious and subconscious mind that forms our ability to function in this physical world, create our own perceptions, and our beliefs, leading us to a unique life that we create by our thoughts and perceptions. Two “halves” of our mind that we cannot see but yet have an understanding and acceptance of.

Our bodies contain many twos, which begs the question, “Why Two?” Would one not be easier to develop, manage and nourish? There are two lungs, two ears, eyes, arms, etc. Clearly, we can see the advantage of having two arms, legs, hands, feet, ears, and eyes. They allow us to be mobile, interact, and function in the physical world, so much better than if we had only one of each. Not all organs are in pairs, such as our liver, heart, and brain, along with a gland that is considered to be reptilian in its origin – the amygdala.

Within the animal kingdom, we find in conjunction with mating and breeding that pairs will often be formed for the duration, or for life, and in a very similar way to a bonding relationship in humans to produce a child. It takes a pair for most species to maintain their existence, a factor present throughout many forms of life – birds, mammals, marine life, and plant life.

I know there are life forms that are not in need of a mate to reproduce, but they are limited in their types. On a cellular level, one cell grows and splits into two and continues to grow in that way from a single cell, the process in the creation of living things.

I describe many things that exist in two halves, some are in a singularity in us and in other life forms. This understanding formulates thinking where I saw the connection between so much of everything in the universe, how this not only links everything together but creates a sense of order and flow that is reflected throughout it all.

When we are able to make connections between the two halves of our brain it enables us to bring them into a coherent state and harmony with themselves. In that state, it becomes easier and possible to make a stronger connection with the heart, where our love, compassion, soul, senses, and core self emanates from.

If we can become more centred and balanced in our physical self, with an equal balance in our perception of life, then the self is able to open up to the wonders, powers, knowledge and knowing of so much more. Achieving a Oneness has come to mean so much more than a spiritual sense of existence, and one of total alignment in all that we are.

Oneness is a term that is widely associated with meditation, new age thinking, and those who are somewhat detached from a realistic outlook on life. This is a sense of understanding that I am seeing more frequently and embedded in so many things. I am finding it across continents and diffused via the internet, making use of modern technology in a great way. Mainstream media is not the trusted and relied upon source of news and information as it once was.

Recent world developments have shown much of what has existed in our lives and cultures is no longer being viewed in the same way. Our lives, thinking, understanding, and perception of ourselves and our world are shifting. We are being guided by a new era of science and technology that is superseding the old beliefs and theories, many now considered to be flawed. New ground and cutting new paths based on the developments of modern science and understanding are changing old perceptions. Running parallel is a worldwide experience of learning and understanding. In this new eve of evolutionary development, where we will find our true potential and purpose in life?

We are so much more than we perceive…

Sophie, I love your thinking and have tried over the past many years to ameliorate my own division. My mirror sees differently than my camera and while I’m pretty sure of who I am, I sometimes debate the issue of what I am. Call it what you will, but I’ve lived the mixed existence without too much wondering why. Did it start with my sisters dolls or was it the lingerie section of the Sears catalog. Mom’s drawer? Was it when my wife bought me bikini underwear for men and we both came to the realization that they weren’t much… Read more »

Dear Robi, I was deeply touched by your reply and very kind words, thank you. I felt your love and kindness. It did actually make me a little emotional reading it. There is no “normal” in life. we are all unique while being the same too. We all have the right to be just what we choose too. In fact, the word ‘normal’ is such a vague word as we all have our own view of what that is. I like that you have found your own happiness while maintaining an equilibrium that allows you to exist across boundaries that… Read more »

Great post Sophie! I agree with your thinking. A couple of thoughts here. I used to be moderately religious and I can see now how much my beliefs affected guilt and shame in me. I constantly beat myself up over my desires to dress. I’ve since dropped my religious beliefs but am very much a spiritual person these days. I am who I am; I’m 40 days shy of 66 and I’m past the point of worrying what other may think. My SO knows of my desire to dress and while she doesn’t care to participate, she’s understanding and has… Read more »

Dear Victoria Thank you for sharing your comment with us all and for your very kind words. It is heartwarming to know that you have found a place of contentment and happiness. The arousal you speak of is something I intend to write about. It can often happen when we allow ourselves to experience our feminine side, with or without guilt. I believe there is an overload of emotional energy that surges into our consciousness in the early stages. It can create a kind of short circuit by the excessive flood of new emotional experiences and that can lead to… Read more »