A visit to an all women’s club and bar 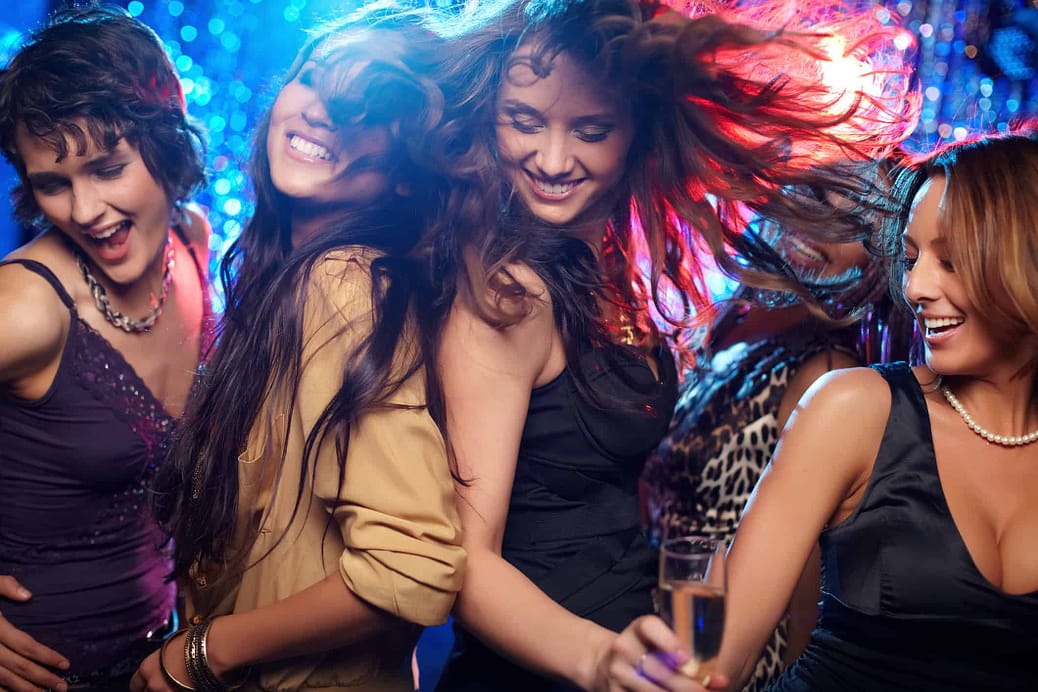 So many of us here love hearing about other’s experiences as we share stories of our journeys en femme. I first started dressing at 15 with my sisters clothing when I was home alone. I knew at an earlier stage that I was different because I preferred playing with her dolls rather than boy toys.

My journey really started when I moved out at 18 and took on a gay roommate. I learned quite a bit about dressing and makeup. Later, I became involved with other CDs and attending TG events, which opened my eyes. I adored the girlfriends I made over the years. From them, I started dressing in public and shopping as Debbie. I found myself in girl-mode whenever I wasn’t at work.

I kept it from family, knowing they wouldn’t have handled it and only shared my experiences with close friends that were of like mind. In my mid 20’s, I took a job that led me to Los Angeles where the club scene was very active and open. It was a wonderful experience. I became nervous about the direction of my future and ended up in group therapy, which is provided by the gay community here in LA. It was there where I attained peace with myself and gathered confidence as I heard the other girl’s trials and tribulations.

I felt sorry for those with families and hiding in the closet. I became much more open about my situation. Over the years, I have been active in the community and enjoyed the club scene all over southern California. I’ve gone on several girls’ outings in San Francisco and Las Vegas. I have been to clubs and bars frequented by CDs and TGs and have always enjoyed it. Whether you are there to dance or just meet others, it is always a wonderful experience. I have many experiences to share, but enjoyed this one immensely (it happened a year ago.)

On a Friday night, my girlfriend, Karen (also a CD) decided to go to an all woman’s club (yes a lesbian club) to go dancing. Karen was in male mode at the time and was a bit nervous so I went as Debbie and she as my date. We walked in and the room was filled. There was a DJ, a dance floor, and three women working behind the bar (one in a leather corset like Madonna.) We took a table; I realized everyone seemed to know each another and there were no other mixed couples present. I did not feel nervous and after a drink we danced in the crowd.

Before long, other women approached me to dance, which I did and made small chat. I was a bit overdressed in a little black cocktail dress, but I seemed popular and people were nice and accepting. Not only was it fun, but I was even asked for my phone number by two other girls. I politely said I was there on a date, but would return soon. I was interested if they saw me as trans or another girl. I felt so accepted. The only bad experience was entering the woman’s restroom where a rather hefty, older woman said I was in the wrong room. She obviously must have realized I was a trans and later said it was ok. She even bought me a drink later in the evening.

Overall, I was treated well; they accepted me as one of the girls that belonged there. We left and returned home around 2 am and we laughed the night away over what was said and what we observed. I have long since wanted to return, but not alone. So the moral of the story is: don’t be afraid of passing in public; most people do not care. I am just as comfortable being seen as a trans girl as a passable one now. I go for both looks at times.  I will say that I felt more comfortable there than at a straight club. I wish now I had taken pictures of the evening. Anyway, enjoy your experiences and help others by sharing them here!

View all articles by Deborah Sullivan
The following two tabs change content below.

Been a crossdress since I was 15 and have enjoyed it with frequency over the years. I do step out in public and attend tg events and clubs

Great attitude and sounds like a great time.If you haven’t been to one of the CD/TG conferences like Esprit near Seattle, WA or Keystone in PA , highly recommend them. Thanks for sharing your story Deborah!.
Cyn

Thank you skippy and have enjoyed the conferences I have attended. Need to try Esprit and watching for their next one

Thank you for sharing. As I have never been out in public you addressing my greatest fear!

Deborah;
That sounds like a it was a great evening. That is something I very much would like to do, go to a bar, or club that caters to the CD TG crowd, or something like that. Not really for hook ups, but simply to be a small part of the scene as it were, and for the experience, though I would prefer to be with one or two others.
Thanks for sharing!
Amy

Yes Amy its not nearly the fun when doing it alone. Another partner like a date gives you more confidence and sharing the experience. Put it on your bucket list girl. Whenever out of town I like to google tclubs and crossdresser bars in the city I go to beforehand. The crowds in those places are as welcoming as CDH here

Enjoyed your article. A visit to a CD club might be something that the local CDH chapter that I have joined may eventually do.

I have been in a support group here on friday nights and afterwards some of us visit the clubs and so much fun in a group. We dont go to straight clubs though

I think that’s so wonderful hope you had a really beautiful time. My question is was it a womans bar or woman like us.never been to a club out as amber. But DEFINITELY need to get out.only been to the MALLS AS AMBER .and that with my LANDLADY. Who treats me as one of her girlfriends. And supporters my decision to transition

Have been to many tclubs which are design for the ts and cd community and always fun Amber. Would suggest you try one. In this article we had gone to a lesbian bar and I was the only cd in the place and thus I wrote about that experience. Don’t be afraid of going into a lesbian bar but this was a saturday night club experience

Sounds like a fun night. Where is this club?

Great story Deborah.You are so brave to go to that club and to get asked for your phone number you must have felt on top of the world

oh yes it was the ultimate flattery