Acceptance with cross dressing from adversity to it! 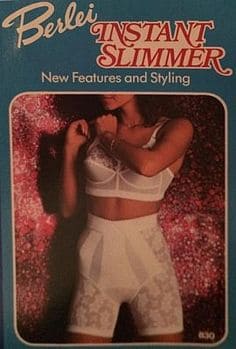 I’m a bit wary of writing this, as it’s a bit dark, but here goes.

Many crossdressers seem to start in their teens. I can honestly say the thought never occurred to me, but that’s when I started regardless. In my early teens I was a bully magnet. Quiet, studious, excused gym on medical grounds…and a bit overweight. On that last note, bullies would often taunt me about needing a girdle. This was the late seventies, when “real” girdles were still commonly advertised. At the start of the new school year I was on my way to school in my new uniform when I was attacked. I was told my uniform was missing something, and was handed a box. It was a brand new girdle. I tried to get away but a struggle ensued. I was scared of damaging my new uniform, so I told them to stop. And as they laughed and taunted me, I struggled into my new girdle, bawling my eyes out as I did so. Photos were taken. I felt literally sick as I was told the price of their silence – the girdle was to be a permanent addition to my uniform. If I got caught once at school without my girdle on, the photos would go public.

The girdle was a firm control, long leg panty with a relatively high waist. I guess they chose it to maximize my discomfort. I think the older sister of the ringleader had sized me up for it as it was a good tight fit. (My stiff-legged walk as we headed to school saw me christened “Frankenstein”, later shortened to Frank, a name that stuck with me throughout school.) The next few hours were agony. At the end of the day I hurried home and rushed up to my room to take it off. I was almost crying in frustration in my rush to get my uniform off and once I had taken my girdle off I threw it across the room.

The enormity of the situation hit me the next morning. I thought about the humiliation that would come my way if I was exposed as a crossdresser. How would I be able to face my classmates? How would I be able to face my parents! But if that was not an option, there was only one alternative. I put on my normal underwear and then, with my lip quivering, I stepped into my panty girdle and tugged it on before putting on my uniform and heading downstairs for breakfast. I was just 14 when I had to accept this fate. Not only was I accepting having to wear women’s underwear, it was a girdle. A girdle!! Words can’t really convey the horror I felt. It was holding in my saggy belly, firmly squeezing my backside, the legs were gripping my thighs – it was a girdle! I was wearing a panty girdle! And this was going to be the new normal until they decided to let me stop, whenever that might be. Weeks? Months? Years?

It turned out to be until I left school. Four long years. I could go on – about how I hoped my mother didn’t know but suspected she did – how could she not notice her son’s flatter belly or “mono-buttock” whenever he had his uniform on? About the lengths to which I went to hide it and to launder it. About how my younger sister found out, loved my predicament, and taunted me with slogans from TV ads – “Is your girdle killing you?”, “Can you believe it’s a girdle?” and so on. And the best/worst day nearly three years after I’d started, when I was in such a hurry to change after school to go out with my friends that I neglected to take it off and didn’t even realize until I was undressing for bed. I say “best”, as I finally realized I’d got used to wearing a girdle and it was no big deal anymore, and I also say “worst” due to the intense shame I felt over the fact that I, a 17-year-old young man…had got used to wearing a girdle and it was no big deal anymore.

I stopped cross-dressing when I left school and went to a University. But I started having panic attacks when I was out and about, which I eventually ascribed to the fear of being checked on to see if I had my girdle on. It was ludicrous – the bullies were hundreds of miles away, but the attacks continued. I underwent the humiliation of buying myself a new girdle – the same brand as I’d always had. The firmness was hard to adjust to – my old girdle had lost its “zing” over four years of regular wear. But the panic attacks stopped. In an outburst of self-loathing, I got myself more corsetry – a firm, high waist open girdle, a couple of longline bras, panties, stockings, tight (pantyhose) – determined to punish myself. I looked with a mixture of disgust and disbelief at the sight of myself in the mirror in my open girdle, bra and stockings, then fell on the bed and cried my eyes out. But from that day on I wore a girdle and bra from first thing in the morning to last thing at night, seven days a week.

Now, many years later, I’ve stopped beating myself up about it. I’ve long since stopped getting hung up on what is and isn’t women’s underwear. This is just how I roll, and I don’t feel right without my corsetry on. I’ve experimented with full cross-dressing, but it did nothing for me, so I stopped. So I guess there needs to be a new adjective created for me as “transvestite” and “crossdresser” seem to me to be overkill I guess it’s also a matter of debate as to whether or not this counts as a happy ending, but this is where I am in my life and I’m now comfortable in my own skin.

Thank you girls for taking the time to read this very unique cross dressing factual story! I welcome and all of your comments!

Thank you for sharing your unique story of forced crossdressing.

I know all too well that being bullied is very demoralizing. I’m sorry that you had to go through that. It’s wonderful that you found comfort in yourself.
Thanks so much for sharing.

sorry you went through that. don’t worry about labeling yourself with a term. just be you and enjoy what makes you happy.

That is some experience you lived through, and I’m sorry you were bullied in that manner for so long. I too was bullied numerous times, what never like that.
I am glad you finally got beyond that.
Thank you for sharing your story with us.
Amy

Thanks, Once or twice I’ve told my story in other forums, but people either think I’m making it up, or that I secretly enjoyed it or (for the few that believe me) that it was nothing to get worked up about… or, worse still, that it was funny. It’s hard for most people to appreciate what a daily struggle it was as a teenage boy with no interest in crossdressing to sit there on the end of the bed in the morning with a heavy panty girdle in my hands, feel absolutely sickened at the idea of wearing it, have… Read more »

You are a strong person to make it through this and be able to share. I reach out with a hug of support and deep feeling. I am sure your honest story will elicite many similar esponses, even for the manywho might not take the time to share.

Be yourself and be loved and appreciated for who you really are. Smiles and hugs.

Boy that is a head scratcher. I’m totally sympathetic but I think you should have complained to your parents and the school. That kind of stuff should not be tolerated. You didn’t have an older bro who could beat the tar out of them????? They deserved it. Sorry this happened to you but it doesn’t sound like you enjoy crossdressing the way most CD girls do.

Hi, I think I missed my chance to report it right at the start. It would have been embarrassing, but it would have been over. But I was pretty much in a state of shock initially, so I went along with it. And after I’d let it ride for a few weeks, and then months, all I could imagine if I reported it was being asked the question “And you’ve been doing this for how long???” in an incredulous tone. So I effectively just accepted the situation. And any time it started to get to me and I’d feel this… Read more »

Most trans folk abhor labels, but if you feel the need for one to describe you, how about “Underdresser”?

Sorry about the bullying, glad to see at peace with yourself now. -Marian

Thanks for sharing. I’m trying to figure myself out right. I’m home in SD, and im afraid of what my brother and homeboys will react should they find out about MJ. But, she is the better side of me. I was the short fat kid growing up, and it was HELL. Now, my wife gone and being back home I don’t know what to do. Could really use some help/support on this issue.

I LOVE girdles! So totally femme!