As I Journey Onward 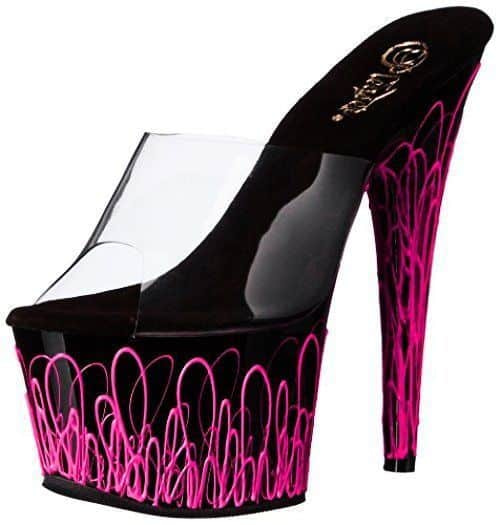 I have talked about how young I was when I first Cross Dressed at the early age of 10 before becoming a Drag Queen, also at a very early age. Between the two I am proud to admit and say out loud that they are my life and there’s nothing in this world that can change that for I wouldn’t allow it for a minute. There has been some heart breaks along the way and I am sorry for that but there’s nothing I can do about the past other than journey onward.

Here’s the thing, I don’t believe that one day when I was 10 years old I just decided to dress up like a girl. I don’t believe that anyone one of us would begin setting ourselves up for the diversity that was soon to come. What I mean by that is who in their right mind would want to begin a process of being humiliated, become an outcast, hated, slandered, judged, disowned, scrutinized, labeled, threatened with violence, made fun of, listen to derogatory comments and so much more? No I don’t believe that  anyone wishes that upon themselves. I think for most of us fear began to envelop us and prevent the inevitable which was coming out, standing tall and proud to present ourselves for who we were and where we wanted to be.

With me there were multiple adversities associated with who I was and who I am now. I not only blossomed as a cross dresser and drag queen but quickly realized also that I was gay as well. I As I get older I look back and the memory of my mother coming to the realization that her only son and youngest of my family preferred to wear female attire and sleep with the same sex had to be devastating for her. She had to somehow accept the fact that I would never give her a grandchild as she hoped for, that people would question how she raised me and so forth. That said in hopes to please her and the rest of my family I decided to try another journey or avenue by going straight and getting married to two different women. Needless to say neither worked out. The mental, physical, emotional and spiritual remnants of who I really was remained intact. In other words I was still the girl I had discovered I was and missed trying to be.  While in the short time I was married to both of them I continued to cross dress and was also very unfaithful by continuing to go to bed with men when I could. I didn’t set out to hurt anyone like I did but it happened. I was caught by my second wife one day when I was wearing only a bra, a garter and stockings, makeup, my hair all teased out and a pair of her stiletto’s I had made a point of buying for her so I too could wear them. That began the process of what was to be my second divorce and outing.

The thought that one day I just decided to begin cross dressing to accommodate this girl that lingered inside of my mind and body is so ridiculous. I believe wholeheartedly that I, or we, are simply born this way. No one on their best day would subject themselves to live with so many secrets or receive the treatment by society that so many of us experience. I can remember when I started wearing makeup openly. I would wear it so lightly I thought that people wouldn’t notice but as with any other secrets we hold, the more we get away with the more we do. In my case it was wearing a little more makeup every day until it was finally recognized by others. That was when my secrets began to transpire. I was teased, threatened and humiliated by kids at school. I backed off for a while but the fact that I had been exposed didn’t go away. One day it was thoughts of telling all and the next day was deciding to make my greatest attempts to keep it all within myself and the dark lonely closet. Neither of my desires to wear makeup and dress everyday, once I was home and by myself, vanished.

So I do believe I was just wired this way at birth and when it was impossible to ignore it I participated and went forth with what felt right. My journey continues today only there are little to no secrets in my life. I know nothing I do still today will ever change. I am now at an impasse with myself or in the checkmate status and it is somewhat difficult to decide if I want this journey to continue with HRT treatment or do I just keep doing what I have always done? If I do decide on HRT I know it won’t be from choice but instead be something I am bound and destined to do. It takes a lot of courage and commitment to do what we do. My first drag mother/mentor once told me that “anyone can put on a dress but, it’s how you wear that dress that counts”. So with this said my journey that began so very long ago continues onward and I am not going to go against who I was born to be!

Jewelry Artisan, cocktail waitress, part time escort. at Emerald Club, Shuckeys Club
Very simple yet at times complicated but I always prevail. I have been out since the young young age of 17, both CD, Drag and sexual orientation. My mother kind of figured out allot of it before I came clean one morning. I love drag, I don't really perform like so many queens do, I guess unless you piss me off I'm pretty silent. Been in only two serious relationships, first 6 mo. and second almost a year, (this is the area I mentioned in the beginning where it get's complicated). I am a strong supporter of LGBTQ and gay rights. Why can't we all just get through this world together? Life is short so I try to live each day like there will be no tomorrow, because there may not. I am so easy to get along with it's crazy. However, there are some people who bring out the worst in me. When that happens go the other way!

I absolutely love the feminized girl I’ve become. The realization that I am a beautiful person who loves to wear my own personal attire. We are all about the feeling that you love when you dress up as a girl in our pretty silky lingerie and high heels. I enjoy the way I look and feel in the sexy outfits and the other ways of doing it for the intended purpose of the sheer enjoyment of my feminine lifestyle.

Thank you am battling some of same issues different format so to speak but going through a lot inside am happy exited,and adore the process of dressing to the point that I get exited,so am confused

I wouldn’t worry. It can be confusing. I think you just have to say to yourself, “This is something that’s a part of me.” For me it was understanding I not a binary gender. Accepting I’m a part of both genders. I see things in ways and feel things in ways 99.999% of the population doesn’t.That unique awareness makes me who I am a better person. Only through self acceptance and love of yourself can you truly love someone else. I hope you find solace because this Journey we are on is not easy but hard. It’s the Journey that… Read more »

You said it better than anyone else Victoria. Awesome response to Luis. I say keep on keeping on, Jackie….

I’m just curious as you consider yourself gay. Are you attracted to women? I’ve come to the personal acceptance that I am bisexual but most female centric. I’ve had sex with a few men but it was mainly sexual not emotional. Do you have that emotional connection with men you date? Personally I love my wife and am fulfilled by being with her. Although when I told her I crossdressed she asked me if I wanted to have sex with men. My mom asked the same vCard thing when I came out. Just curious how it was for you?

Victoria I think for actually ass nine reasons people automatically believe that a cross dresser, a drag queen and any other time a male puts on women’s clothing that they are gay or bi and want to be with men sexually or intimately. It’s just the way our society thinks. It was one of the first questions I was asked from my sister’s and a good friend when I was giving up the fight of the dreaded closet. Are you gay, have you been with a guy and so fourth. My best friend who was a girl asked me that… Read more »

Jackie thank you for sharing your story. When u do you are telling others that they are not alone. That is a wonderful thing.
Yours Terri

Thank you Teri, may the force always be with you doll.

Way to go Jackie, thank you for telling it like it is, as you say it aint easy being who we really are. even todays world condems us, but think what i would have gone through and did in my mind growing up in the 40’s and 50’s. i think that i would have died had i been caught and exposed growing up. I was actually caught when i was ten years old, the first time that i can remember wearing panties , I was staying at an Aunts house a few days, and there were three girls and one… Read more »