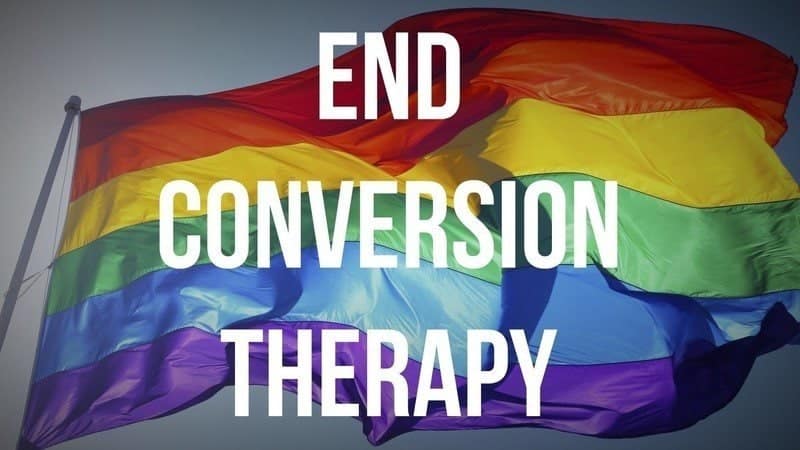 My road to banning Conversion Therapy in New Zealand

My journey becoming Catherine Anne Vos has been an arduous journey full of potholes and hiccups, or so I thought when I started off. Then again, a part of my journey has never been discussed in real terms. Yes, I heard about conversion therapy and some of my sisters and a brother talked about it. While I listened and took in the thoughts of others about it, I was thinking back to my days as a young teenage boy with family working at a mental hospital—as it was known back then. I heard of patients undergoing electroshock therapy, and I asked myself, “Why would someone willingly subject themselves to being shocked for any sort of reason?” That question was never answered, and I never found out why, because it was something that was done and not talked about.

Then I get back to my current studies to become a counselor for the transgender community. Part of it was the history around mental health and its practices that I learned the shocking truth about electro-shock therapy back then. Mental patients had no say in this practice. They were simply strapped down on a bed with all those wires attached to their heads. The doctors did their thing. Limited “knowledge” and meds made this a very inhumane way of forcing a person into being “brainwashed,” as my take on this practice. Back then I knew nothing about it and actually today I still don’t. What a shame to admit. I can say this is horrible and inhumane torture!!

I decided it needed to stop So, what am I going to do to prevent it? As a Christian, with a passion to help others, I failed to see the suffering of human beings at the hands of those who swore an oath to never refuse medical help to any human being irrespective of their skin colour, believes, or status in life. Where is the practice of those oaths, (hidden in today’s life,) while this is still ongoing? I have to stop this or at least try to. How am I going to do it on my own? Where do I start? Who do I contact? Yes! I’m starring right at the answer. How did I not see it?? My laptop right in front of me was my answer. My faithful secretary was on it ready to be of service to help me forward.

I started typing the words “conversion therapy in New Zealand” and a whole world opened up for me. I dug into the Why, What, Where, and When of modern-day conversion therapy practices, which are banned in many countries. I saw something that made my heart weep. This lovely country of mine and everyone embracing me and my transition and whatever I do, how can it allow this horrible issue to be carried out? Just so sad that under a facade of lovely pictures and stories and the Treaty of Waitangi, behind closed doors conversion therapy is still happening!

I dug into the laws and found a submissions form relating to amendments to the current laws. Hold that thought and bookmarked the page. We discussed it at church and my local online support groups and my offline support groups. Yes, it was banned but still ongoing. Now there was a possibility to make a submission to amend this so it could include the words “Transgender people” and “underaged” and “those who cannot make decisions for themselves.” I joined various groups, and we made it our task to attack this issue full-on. Various pieces of evidence came forward, and those became our ammo, and with the new minister responsible for law we engaged him to lodge a proposal to the government. Not only to include those missing words but also to criminalise those involved. This was set up to various controversial discussions with many jumping on the bandwagon. Churches and parental rights were used as scaremongering to get people to make submissions to prevent these amendments from being tabled in parliament.

I started talking to my church leaders and various people to help them understand the differences between the old and the new proposals. Also, I asked, “What type of parent or family member would willfully subject their siblings to this form of inhumane torture? Would they be willing to undergo the same to make them accept their sibling is not who they brought him/ her up to be?” NO! “Then why allow your siblings to be tortured? You are the problem, not your sibling.” Hypocrisy is wide, and the churches were given a hard time from all sides.

So, I made my submission and lodged it in full detail with who and what I am and what I know, and my recommendations for the proposed amendments to go to parliament. Yes, I want those who perform this practice, even with the consent of a person in distress to be prosecuted as a criminal because that’s how I see them. Far too long have I kept quiet while my brothers and sisters are being tortured and forced to keep on living a lie. I have to speak up for those who cannot speak for themselves.

Last week, I followed a panel discussion as I am now a member of PATHA- Professional Association for Transgender Health Aotearoa (an NZ arm of WPATH) and I found out that all our submissions for the amendments have been accepted as in majority over those against and the amendments will now be tabled in parliament early 2022 for approval. Chances are excellent, and I am satisfied that it will become law then. It was always there but could not be enforced. Now we will see real changes. Those doing these horrible things will now be prosecuted.

In conclusion, yes, I was part and partial in getting conversion therapy not just banned but also covering our GLBTQI+ communities. I am proud of standing up for those who can’t! We owe it to ourselves to be an instrument in making the changes needed. We cannot just sit still and hope for it to go away. Every minute somewhere in this world someone is going through this abhorred practice on their own. We are NOT crazy. We are NOT mental! We are entitled to be and to live as the person we really are, not what someone else perceives us to be.

I am transgender and a long way through my journey. If you’re stuck, I’m here to help you and protect you! Be proud of who you are. No one has the right to take that away from you. No one has the right to force you through this horrible practice to be who “They” want you to be. If you can’t, I’ll stand up for you because I love you and who you are, no questions asked. I’m part and partial to the changes. I’m no longer ashamed because, in as little as I did, I helped to make a difference in my country and maybe in the world.

I am who I am and I’m your sister!

I'm a 60 year old M2F transgender woman. I have beenon full HRT for almost 5 years.I have been part of TGH for a while now as well as on CDH to widen my horizon in the CD/Trans community. I have been battling my feelings of being something else since early childhood. Constantly subjected to abuse and worse. Growing up in a poor family wasn't easy so I found myself hiding in the closet until about age 56. I was married twice with my second being " A trip to Hell". When mysecond ex left me, I came out and decided it's time to rebirth myself into what I am today. I am a christian and my biggest struggle becoming me, was that I was scared of not beingable to keep being a christian. When I had that sorted out, I became the happiest trans woman in the world I think. After a stint in a mental clinic for severe depression and suicide intentions, I got to meet wonderful people on my road to recovery. I am now part of a local Suicide Prevention Support Group in my community and I'm just happy to be myself at last.

Thankyou Catherine, you are wonderful. The legislation is long overdue. Ohh to live in a world full of compassion, understanding and acceptance.

Excellent topic. Most people would be aghast I’d they ever saw the reality if this therapy played out in their personal life…and the trauma it leaves the recipient cannot even begin to be described

Thanks Stephanie,
I personally know of some sisters and brothers who had to undergo that nightmare and that was my motivation. To do something about it was top priority for me so I could help those who can’t help themself.

I asked at least 3 psychologists for a way to stop crossdressing(I’m old enough to end this lifelong habit). Not one of them worked in the field of therapy for crossdressers such as myself.
If a well meaning psychiatrist could unravel the mystery of iniquity; that would begin the road to recovery for crossdressers who would rather stop living a double life.
If you have no problem and feel just fine as old “woman”, then that’s your choice. Without the compulsion to crossdress is mine.

Thanks for your article. I’ll be honest and say that before reading it I was ignorant as to the details of conversion therapy. I then typed it into Wikipedia, read that page and then re-read your article a second time. I now have a good understanding of the horrors of what has been taking place.

Thanks again and keep up the good work.

I can totally relate Catherine, back in my twenties (mid sixties). I went to a psychiatrist locally and then later to a psychologist later on for 6 month and electo shock therapy is what he used on me in trying to quell my crossdressing desires. It was something I wouldn’t wish on anyone and obviously did not work. My life would have been a lot easier had I been born in the 70’s instead of the 60’s that’s for sure.