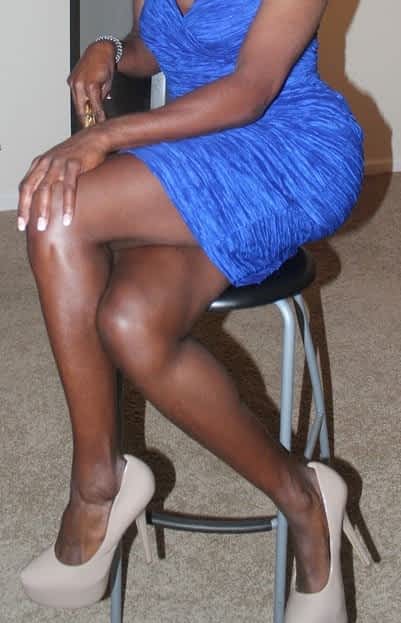 I’ve been Jessica for just about as long as I can remember. Probably sounds funny to some I know, but my attraction to women was never the attraction that books and films are made of. I knew I was attracted to them somehow, but I knew I didn’t want to date them. Most of them dressed so pretty. I wanted to tell them, but I was shy, so I admired them from afar.

Fast forward to age 18. I joined the military because I knew that would make me a ‘real’ man. I doubted my manhood because I was still a virgin and (from all the stories told in the teen boy circuit) not yet a ‘real’ man. I guess if I’m going to be totally honest … I also had an attraction to men, so that wasn’t helping me score points in the man column. The military was good. Uncle Sam kinda straightened me out, toughened me up and gave me a wife. She was great. She was a sexy woman who enjoyed wearing sexy things. Of course, it wasn’t long before I found myself trying on some of those items. It started small. Lingerie, bras and pantyhose from time to time. But eventually out of fear of being caught, I stopped. The urge never stopped, but I fought off the desire to wear her things.

Fast forward again about 25 years, which would have me out in southern California at a drag show with my wife and some very close friends. I’d never been to one before and really thought I’d overcome the desire to wear women’s clothing. Oh, how wrong I was. My wife drank too much and needed to go home. Our friend and her husband said that they were ready to leave anyway and that they would make sure that she got home safely. They did, so I stayed with a few others and continued to enjoy the show. After the last set, the ladies said that everyone was invited to the back ballroom for a dance and mixer. My remaining friends and I did our ceremonial hugs and kisses as we prepared to go home. Driving home alone I did a lap around the block and returned for the mixer. My eyes were opened that night. So many crossdressers. So much dancing and flirting. I knew then, I needed to be one of these ladies. I needed to become Jessica Jones. This was a whole new world and I needed to be a part of it.

For the better part of 2 years I would pack the little gym bag where I kept my sexy outfits that I had accumulated, drive to a nearby rest area restroom, change into my sexy attire for the evening, and slip on my sweats over them. I’d apply the rest of my make up in the car at the club parking lot before putting on my bra, wig, and heels. I managed to do this for about a year before my luck ran out and I was caught by my wife when I failed to hide my gym bag in it’s normal place. I promised to never dress again as part of our agreement to stay together, but I can’t hold back any longer. I want to start dressing again and I’m going to talk to her about it soon. I don’t need to go clubbing and dancing, but I do want to explore and get to know my feminine side and I want to do it with no guilt. I want to become Jessica Jones. I’m not sure how things will work out or if they will, but I know that after such a long time of waiting this is exactly what I want to do.

View all articles by veronica j.Tags: Be who you are! beautiful crossdresser coming out as a crossdresser

Hello. Please, I want to be always connected.

I love your story and the only thing that is deferent between us is that I’m single. I don’t dress all the time because my family don’t know that I do. So when I am alone at home I dress and enjoy the time.
I hope we can become good friends!

Jessica,
Your nights out sound wonderful to me.
I’ve taken my femme clothes on business tris with me, but I’ve never been brave enough to leave the hotel.
Good for you.

hi Jessica, your story proves how a deep down desire can manifest itself without us even knowing it. I wish you the happiest future towards your cross dressing journey. thanks for sharing that with us 🙂 .

Terrific story Jessica, I agree, you just can’t surpress the need to be who you are. You look really great BTW. Good luck my dear.
Yours Katie

PS, Actually Jessica I’ve kinda of did the same thing a time or two. I was fascinated by some of the gurls beauty. I just had to meet them, talk with them and try to get advice & guidance. Plus a little extras if you know what I mean

Jessica all I can say is I understand how you feel. I know everything will work out for you. Overall you are a great person and I’m sure your wife knows that. But you have to have the freedom to be who you are. Best of luck to you gurl!

I understand how you feel Jessica Jones and wish you lots of luck,i did have a GF but she never liked when i told that i’m crossdresser so now i’m single

I loved your story, Jessica! Thank you for sharing it. I hope you and your wife were able to work things out.

Hi Jessi, great story. One thing I’ve learned from you and the other girls is the desire to dress never goes away completely and comes back with a vengeance. Good luck on your journey.
Angela

Anyone ever tried those breast pumps do they work or no