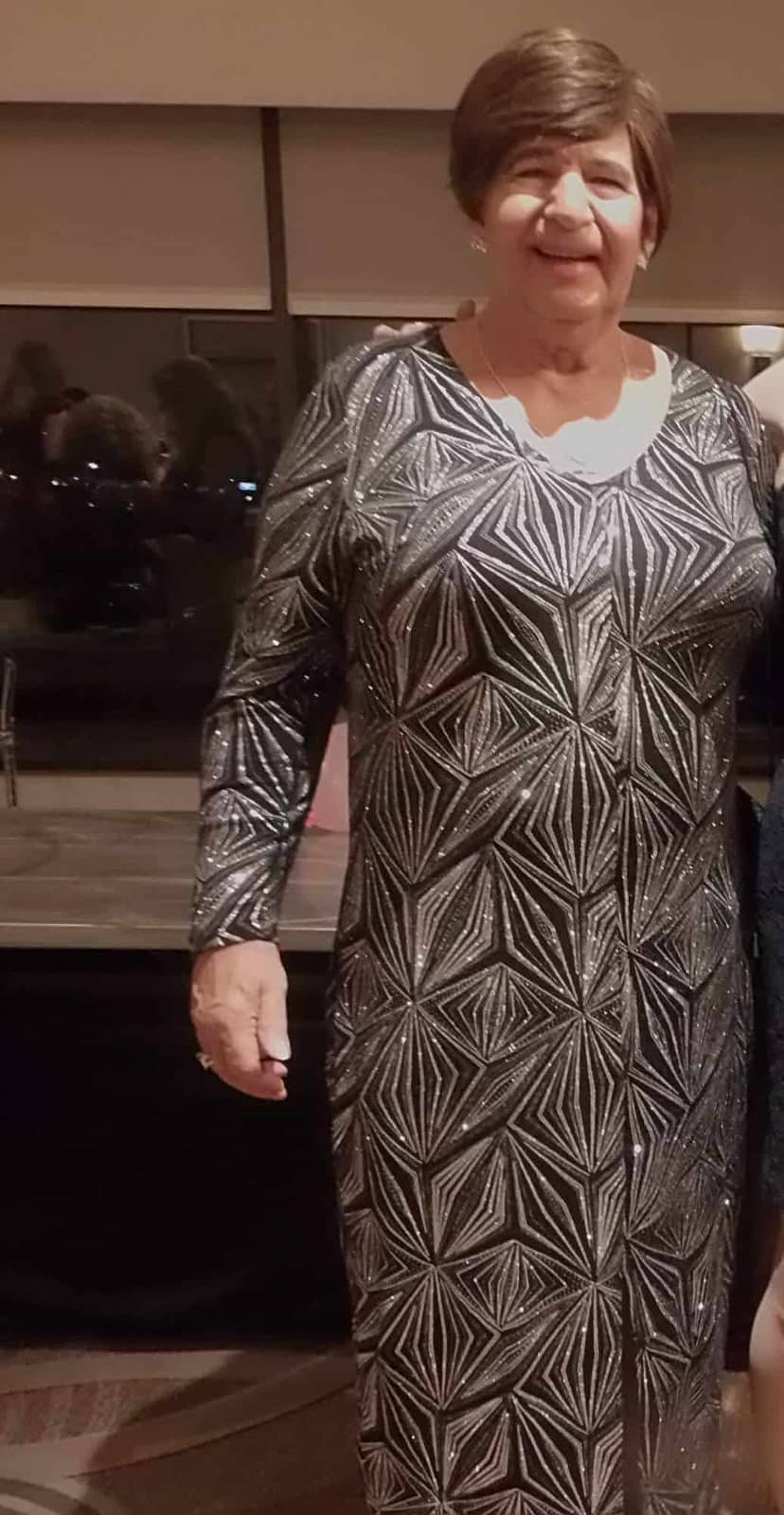 Like so many of us, I started out as a child (BC). I became curious about the difference between men and women. While home alone, I decided to explore my mother’s fashion world. I rummaged through her closet and dresser drawers. I discovered that she was fashion conscious, and I felt a desire to see myself in her clothes. This was bolstered by finding a pair of diaphanous panties in her lingerie drawer. These were so sheer and sexy; I just had to try them on. They felt so wonderful and made me realize my mother was a sexual being. The only problem was that the seam on the panties was dead center through the crotch and my male parts could not decide on which side of the seam they should fall. I wished I had female parts to fully experience the thrill of wearing them.

From then on, I took every opportunity to reawaken those kind of feelings. Even as my sister grew into woman hood, I would raid her room for things to wear. She had a more modern collection of lingerie and clothing.

I managed to get through school and then later married. If my wife was gone for more than a day I would take the opportunity to dress feminine and spend time that way. I was not yet into makeup. I gradually built a small wardrobe with shoes, undergarments, clothes, and a wig. The inevitable happened; I carelessly left some clothes lying around, which my wife found. She thought I was having an affair. I explained to her that the clothes were mine, and that I enjoyed crossdressing. She had trouble at comprehending this. She was unsupportive and said I could not dress around the house as we had two daughters. So I was relegated to motels or adult theaters and bookstores.

On another occasion, my parents were going on vacation for a week so I thought I would use their apartment to dress. The problem arose when they came home early and found my feminine things. I tried explaining, but they were so distraught they wouldn’t listen. Although no one has ever said a word, I am pretty sure mom told the rest of the family. My mother and father never spoke to me again. Sadly, they are now gone and the issue was never resolved.

Around the same time, I was employed in a very lucrative IT job in New Jersey; I managed to lose it because of my obsession with crossdressing and the sexual aspects of it. I would take unauthorized time off to pursue my obsession. Because of this, my wife and I went to counseling, which was a waste of time as all we could do was point fingers at each other.

We moved back to New York where I sought individual counseling. I explained to the therapist that I was a crossdresser and was struggling with not being able to pursue my desires. While the therapist understood, she did not know how to best advise me. She recommended I take drugs for depression. That did not work either, and I continued living in male mode and suppressing my CD feelings. It did not occur to me at the time to look online for CD support groups as I thought this part of me was dying.

My wife was a heavy smoker and in 2000 was diagnosed with COPD and given 10 years to live. In 2015 we found out that she had cancer. Her oncologist said the cancer was treatable and it would not kill her but the COPD would. After two years of medical issues she passed in May of 2017. This is not to seek sympathy or depress anyone, but to reveal the way in which the closet door opened for Janice to come out.

It took four months taking care of needed responsibilities before Janice could start expressing herself. She found Transgender and Social support groups online and joined some. As you know, the accoutrements of transforming are many and had to be purchased. I decided to make my style age appropriate while following current trends.

I found a makeup artist who took me under her wing and made me look fabulous. She instilled so much confidence in me that the first time I left her salon I went shopping! Thanks to her patience and teaching, I am more adept at doing my own makeup and venturing out in public.

My next big step is to come out to family and friends. Like most of you, this scares the hell out of me. One of my other fears is that Janice will be stopped by the police and the secret will be revealed to the world without my control.

I am Janice every day and go out in the world just like a genetic woman. I wish the same freedom for everyone. I have a small sign in my living room that says, “Because it makes me happy, next question.”

View all articles by Janice Emory
The following two tabs change content below.

MTF crossdresser since childhood. Suppressed while married. Living alone and dress 80% of the time. Belong to transgender social groups and enjoy participating in trans events such as Keystone. My femme side is my dominant personality.

Tags: being who you are crossdresser relationships crossdressing acceptance

Janice, I enjoyed your article, and I am sure most of us crossdressers here share much of the same feelings. I am sorry to hear your wife is gone, and that during your time together she wasn’t confident enough in her own place in the world to share it with Janice. I posted an article some time ago here in which I recounted the things that my need to crossdress have cost me over the years. I am in a better place now, in the sense that I feel I have a good handle on my crossdressing needs. I am… Read more »

Hi Rikki, I enjoyed your article very much. I am in my 60’s and sadly closeted. I live in a small town so I have to be very careful when I let Jennifer out of the bottle. I didn’t really know how hard it is to be a crossdresser. After all these years I have a much better grip on who I am. I think most cds go thru the same ritual of dressing, frustration, purging and finally acceptance. I still question things to a point. Having cdh is a blessing for sure. Meeting other ladies makes life easier. Stepping… Read more »

Hi Jennifer, I feel the need to dress get stronger as I get older, which was the opposite what I had thought would happen. Happily I no longer question my need to do it, just accept that its part of who I am. I am also living in a small relatively conservative town and so going out as Rikki is out of the question. I don’t think small town Canada is ready for a crossdressing lawyer to be with them in court. And since dressing has been something that I have done in secret for so long, and its something… Read more »

Thank you Rikki for your story. It’s amazing how you can stay balanced when you are in panties and pantyhose. I have to admit that I did not expect the urges to be so strong. It’s a constant learning experience for sure. The best to you! Jennifer.

Hi Rikki. So nice of you to comment on my story. I must encourage you to get a professional makeover, which will make you look great and boost your confidence.
Sorry you’ve had so many objections from your spouses. I’ve accepted your request and hope we can chat and get to know each other better.
Janice

Janice, so sorry for your loss, glade you had the time to get a make over with make up, i bet you feel a lot better with make up on? i have been in your shoes, wife found out, grandmother knew and never said a word but left a note to leave her cloths alone. grandfather knew but never said a word. they both passed away years ago. i lost my mom and dad in 2013 68 days apart from each other, my mother wanted a girl when i was born, my mom never knew i x dressed, but she… Read more »

Thank you for your comments Lucinda. I will encourage you to go out as Lucinda. I would not say I pass. I just try to blend in and so far have had no negative reactions. It just feels so natural. Get a professional makeover. It will boost your confidence and who knows, you may go out more. Best of luck.
Janice

i hop for one day will have my chance to have a make over and i know it will boost my confidence better. i would say i am not passable either, but i am a slim person and have the body figure for a female, with some good make over and make up i could pass as one. shave my legs hide my neck area for Adams apple showing, shave real good. with C.D.H and T.G.H site i have friends to chat with and know i am not alone. have a great day

Sorry for your losses, Janice but glad you are finally able to express your true self. The need to do so DOES get stronger as you get older. Thank you for sharing your story.
Cyn

Hi Cynthia! Thank you for clarifying the stronger urges. It’s amazing how all of this works. Regards, Jennifer.

Hi Andrea. I’m so glad you were able to overcome people’s preconceived notions and live your life your way. Thank you for your response.
Janice

Hi Andrea! I went the therapy route and it was a complete waste of time in regards to the dressing. Only we know how we feel and what we want to accomplish. I have heard this story many times before. Enjoy!