Boots Got me Started 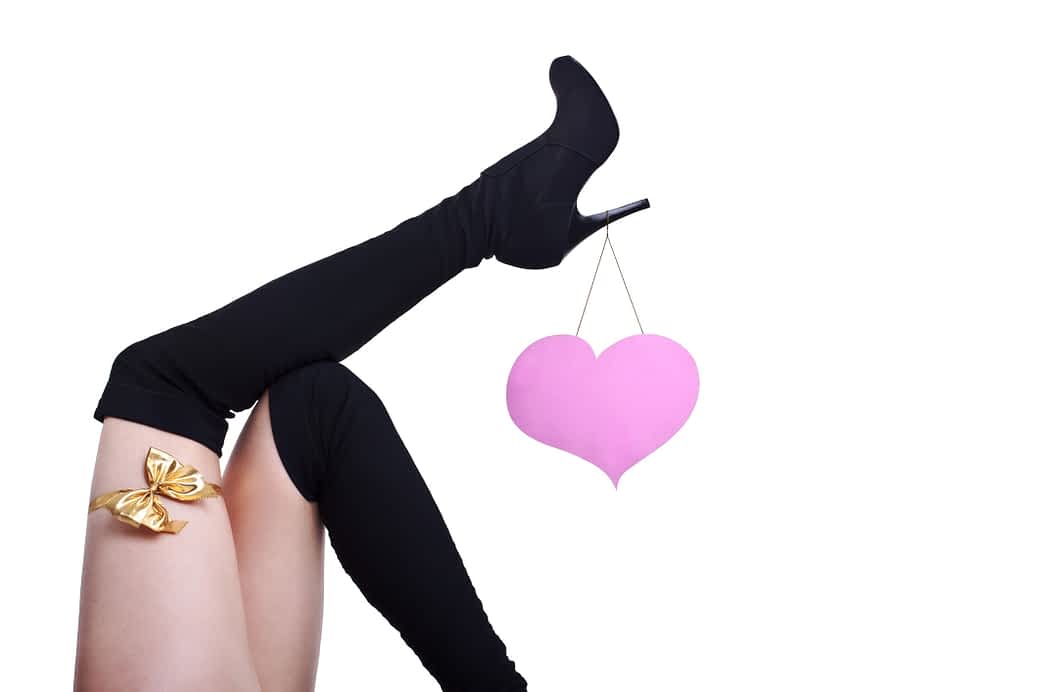 When I was around eight, my sister, who is five years older than me had a pair of knee high boots. This was back during the 70’s. I would sneak into her closet and snatch her boots. I’d take them to my room and put them on under my sheets.

This was not the beginning of my crossdressing; it actually started at our aunt and uncle’s home during holidays. I would go off to “the bathroom,” but I really went into my aunt’s closet to find her crinkle vinyl knee-high, pull-up go-go boots. I’d quickly take them into the bathroom. If someone would knock on the door, the boots would end up in the shower, and I would return them later when I could sneak them back to her closet.

Boots were, and still are, my crossdressing mainstay. Now that I’m in my 50’s, I have a collection of skirts, sweaters, bras, panties, and boots.  When I was in my 30’s, I had over 50 pairs of boots. I have a female girlfriend who even shops for items for me. I get called Madame all the time. Sometimes, this upsets me as I have no intent to be fully female, but I can pass just fine when dressed as a woman.

When I am dressed I am a WOMAN and act accordingly, I use the lady’s room. I use my fem voice, which my voice is fairly high so that I need to lower it for fem outings sometimes.  I have used makeup, false eyelashes, and false nails.  When I lived alone, I would dress up on Friday night as soon as I got home from work and stay dressed till church time on Sunday morning.

When I was younger, we had sisters in the neighborhood that lived together across the street from us.  We had a key to take care of their house while they were away.  I would go over at first to try on one of the sister’s boots.  Then I would wear their pantyhose and then their bra. Eventually, I would be fully dressed in her clothes.  I would lie on her bed in her outfit and daydream. I would change back to my clothes and head home across the street.

I am now 56, living with my older brother in our parent’s house.  They have both passed.  I have small collection of clothes and a couple pairs of low heel boots.  When I lived on my own, I would walk home from work at night and there was an “Adult” store on the way.  I saw a pair of Leather Thigh High Stiletto Pleaser Boots and paid $150 for them.  I went home and put them right on.  I would wear them and drive to a drive-thru to get dinner.  I still have them.

View all articles by JaymeLynne
The following two tabs change content below.

Latest posts by JaymeLynne (see all)

Tags: boots Breaking out Of The Crossdressing Closet crossdresser encouragement

Does your brother accept hon?

Hi April, I didn’t put it in my story but he is also a cross dresser, he was looking into transformation steps awhile back. We are very devote Christians but we are earthly sinners and do not judge others.

Sinning is such a lame concept. We are here to love one another and to support our brothers and sisters

Not going to preach here, but eternal damnation is real, I am a sinner but Jesus Christ died for ALL sinners. Amen.

I love boots too. When younger would wear them with mini skirts or shorts which brought on a lot of attention. As an older lady now I do wear them but with longer skirts and occasionally with jeans

I still wear no longer then knee high, I am only 5’2″ so I don’t go real long. But I did have a floor length faux leather pleated one.

It was long enough I pulled it up to my armpits and wore as a dress. I tried to post a picture of it here but it didn’t work. I will try posting it.

I love bots torso sexy and thigh highs, a girl after my own heart

I read the thoughts not the words. I hear you have a love of boots too. Could you share a little of your story Heather Jameson?

Thanks for Sharing; My Crossdressing started at age 59 with a pair of black Stiletto ankle boots. My Dressing advanced slowly, piece by piece. The boots. Then to protect the inside of those treasures I bought knee high nylons … next thing I knew I had a huge wardrobe, growing my nails out, practicing my feminine movements and mannerisms, tried growing my nails out along with trying to develop a femme voice for when I’m Dressed. Alas, after 2 years I realize I’m a Closet Girl and probably will remain so unless I’m outted … then it becomes its own… Read more »

Thank you Davida for sharing. I enjoyed your sharing with everyone.