Crossdressing is a sin 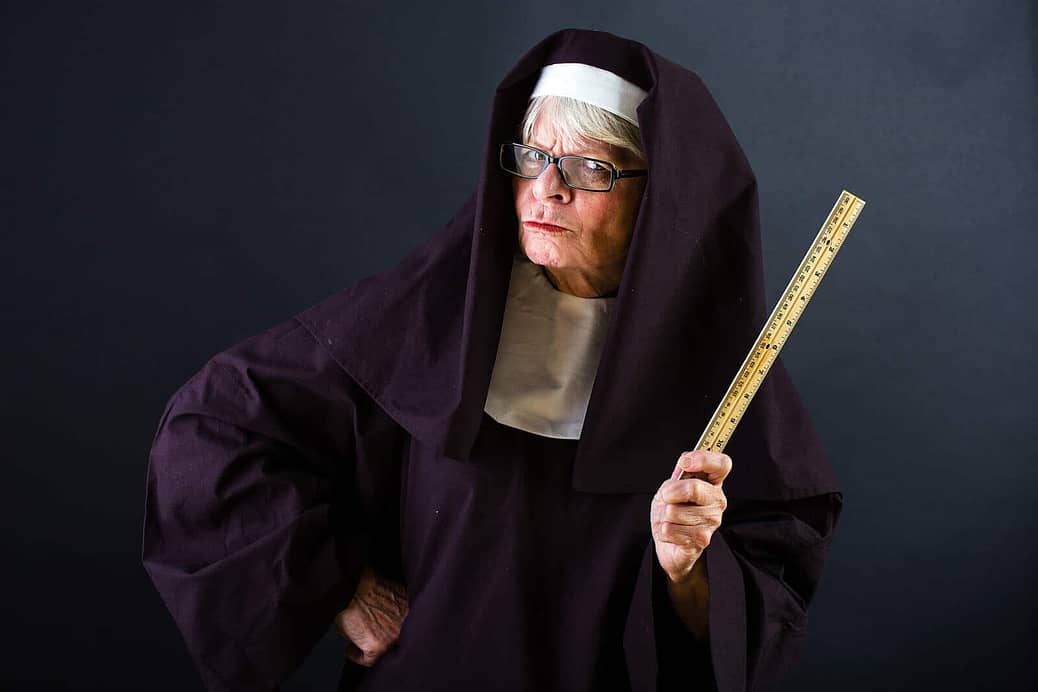 It must be, it says it right there in Deuteronomy 22:5

That seems pretty clear to me. Not only is it a sin, but a detestable sin. At least that’s what my pastor was kind enough to remind me when I went to him for advice. He was quick to point out that while God welcomed all children to His flock – even the hurt and broken – He did not intend for them to stay that way. I asked him for resources and support to help me overcome this and he pointed me to Randall’s website.

Now as you know I’ve previously written about being a Christian crossdresser, and I firmly believe that God can do more than we could ever hope for or imagine – He even has the power to cure crossdressing (if you think about it for a second, this is probably quite easy compared with healing the sick and raising the dead).

But if crossdressing were such a detestable sin, surely the Bible would be overflowing with admonishments against crossdressing. At least a mention in the New Testament, or a reaffirmation by another prophet in the Old Testament. What we have though is Deuteronomy 22:5. Which happens to be only six verses away from Deuteronomy 22:11

Do not wear clothes of wool and linen woven together

Make tassels on the four corners of the cloak you wear

Now I’m sure that every good Bible believing Christian checks to ensure their clothes aren’t made from different materials, and is diligent about making tassels for their coats. Surely being just six verses away would make these commandments as important and worthy of fervor? Not so it seems. The inconvenient laws from the Old Testament ‘no longer apply to modern society’. It seems somewhat hypocritical to me that Christians would use this verse to damn the transgendered as sinners and heretics. Joanna does this line of reasoning full justice when she discusses Crossdressing and Christianity

Randall constructs a compelling argument that crossdressing is not Christian. It is worth reading, he begins:

While searching for an answer to the question of cross-dressing being a sin, I realized that I was looking for a black and white literal answer in the Word that was not there. My reasoning was that if the prohibition was not there, it was OK to cross-dress. Later, I realized that was the same attitude the Pharisees had in Jesus’ day – they would strain at observing all of the “must dos,” but they would create all kinds of ways to follow the law literally while breaking it in spirit. It occurred to me that on this issue, I had become a legalist! (more)

Clearly crossdressing is not a sin, any more than eating pork or wearing clothes made of different fabrics. Given this we should should not be willing to accept the condemnation of others, especially not Christians. As Paul says in Romans 2:1

And in rejecting the condemnation of others, we should realize that Jesus Christ does not condemn us.

For God did not send his Son into the world to condemn the world, but to save the world through him. Whoever believes in him is not condemned, but whoever does not believe stands condemned already because he has not believed in the name of God’s one and only Son. – John 3:17-18

So we have accepted that crossdressing is not a sin, but what of the other lines of reasoning Randall puts forth? I’ll discuss those in more detail in a future post. In ending this post I want to again urge you.

Don’t let anyone else tell you that crossdressing is ‘right’ any more than you let anyone tell you that crossdressing is a sin. Your true purpose in life is known to God, and revealed to you through your relationship with Him. He may want to cure you, change your heart, or use you to bring comfort and blessing to others. Be open to His plan for your life.

The most important thing to remember is that the bible was written by men. It is God’s word, but is conveyed through the lens of someone in a different age, place, and language. In the same way we cannot truly understand His plans for us they would not be able to fathom His words. Anyway, so I went to a church that was more “Christ” focused. As I recall Jesus came to Earth and died for our sins, thus releasing us from the covenants of the Old Testament. Thus to quote the Old Testament as law was blasphemous as it… Read more »

As someone who has often had this exact battle in my head, this article was comforting to me. I am a transgender that has yet come to the transition state yet. But with that being said it has been discussed with my wife. But I ask her today exactly about this. Why did God give this to me. What am I suppose to learn or help others from this. All she could say in her beautiful way was “ God gave this to you, cause he knew you could handle it. What he wants you to do with it, well,… Read more »

The men on https://en.wikipedia.org/wiki/Biblical_clothing are wearing dresses. If there were no problem with this in Biblical times, why should there be one now? The biblical text mentions both sexes and people who condemn cross-dressing now don’t seem to mention women wearing trousers. If they did, there would be cries of unfairness and a woman’s right to wear what she wants. Why doesn’t this feeling of fairness and equality also apply to men?

As a practicing Pentecostal, I had conflicts over this verse; and my wife insists (though she remains supportive) that my Dressing is displeasing to God. And yet, I knew there was no evil intent, or outcome to my Dressing; and it helped me feel “right” about myself. Then, I realized something: Deuteronomy is in that part of the Bible known as The Law; but as a Christian, I’m not under the Law, but under Grace. Those legal restrictions don’t apply to me, and I’m not sinning when I ignore them – any more than a woman who wears jeans is… Read more »

Thank you for putting it so clearly. My pastor has said the Old Testement is in 3 sections — for then, for now and for ever. Without going into all the details, he says Deut 22:5 is a “for then” law. Just ask any Christian woman who goes aroung wearing trousers how SHE feels about the verse. ﻿ ﻿

This is true, Vanessa. It’s heartfelt and to the point. No, crossdresssing is not a Sin. No where does it say, wearing Wigs is a sin. It never mentioned makeup, skin care products, and even Nail Polish, as sins. The only ones where, it says not to are. You shouldn’t wear women’s clothing as a Male. Referring to Dresses, Skirts, Leggings and Heels. You shouldn’t have long hair as a Male. Jewelry isn’t mentioned except, for making idols, and worshiping them. So, it’s not a sin to wear, Earrings, Nose Piercings, Tongue Piercings, Lip Piercings, Belly Button Piercings, Necklaces, Rings… Read more »

Thank you for writing this article. It helped put my mind at ease, and I’m sure that it has helped the “sisters” here at CDH as well. I’m with you. The Bible verse Deuteronomy 22:5 is taken from the Old Testament, and it’s sad when people use that old Bible verse to judge.