Do You Want Men Dressed as Woman Teaching Your Kids? 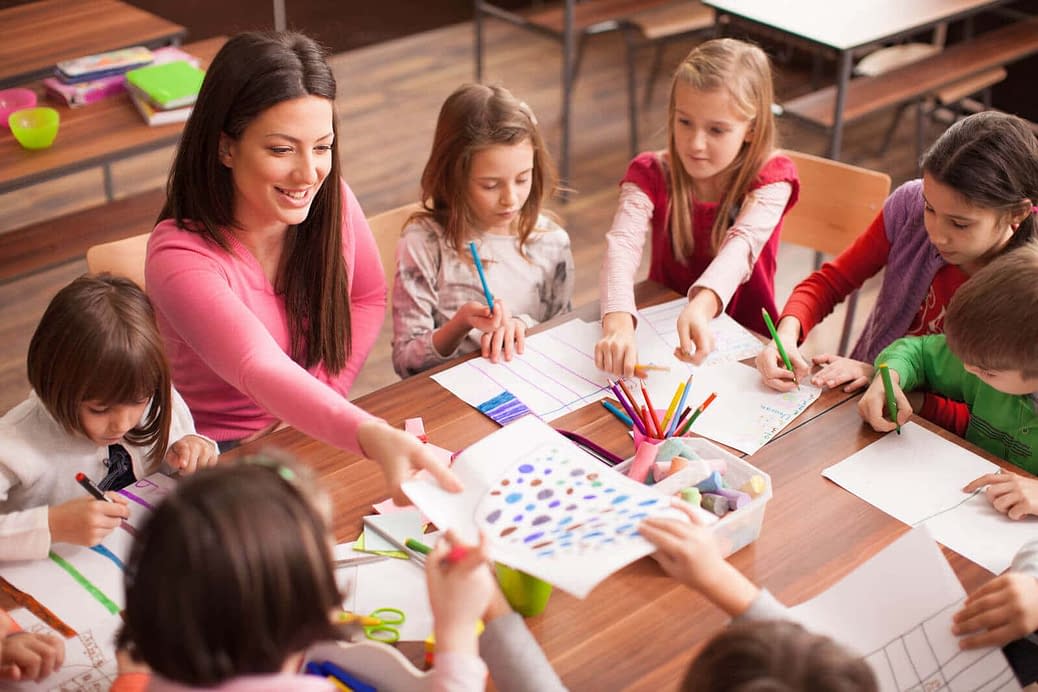 Google must have a sense of humor. Their ad network displays relevant ads on websites that use their service. So far I’ve found the ads on Crossdresser Heaven to be mostly interesting and relevant. Ads for crossdressing stores, or woman’s clothes – things that your average red blooded, blonde wig wearing crossdresser might want to check out.

Imagine my shock when I visited Crossdresser Heaven to find this ad prominently displayed! It’s an ad by a right wing organization (that I won’t grace with a link) that opposes ENDA – The Employment Non-Discrimination Act. What better way to perpetuate discrimination than taking advantage of children, distorting facts and sowing fear? Reading this ad one would think that once ENDA passes that perverted sex offenders in dresses would be in our schools molesting our kids.

This could not be further from the truth. Given recent scandals I’ll wager it’s more likely you should watch out for the priest in your local church than a transgender woman. It’s also offensive and ignorant to classify transgender women as ‘men in dresses’. Though it makes for a compelling stereotype, this statement makes it clear they’ve never met a transgender woman – or perhaps they have and they just don’t know it 🙂

In a nutshell, if this law were to pass it would make it illegal for employers to discriminate against people based on their sexual orientation or gender identity. Much like it’s illegal today to discriminate against people because of the color of their skin. Many ladies who have transitioned to living as a woman full time say they that it is difficult to find work because they are transgendered. ENDA would give them a fair shot at earning a living and taking care of their families. The Human Rights Campaign has a website describing more details about the Employment Non-Discrimination Act.

Why Should Crossdressers Care About ENDA?

If you ever plan to transition then it should be quite clear why ENDA is an important law to protect your livelihood. But even if you have no plans to spend every day as a woman a strong, healthy and financially viable transgender community is invaluable to the part time crossdresser. The counseling centers, support groups and even transgender friendly businesses flourish when the community has the financial means to support them. They wouldn’t be selling size 12W high heels if there was no market for them 🙂

Have I inspired you to take action? Good! The easiest thing you can do to support ENDA is to write your congressman in support of it, you’ll find a list of their contact details here. Your local transgender group might have more activities you can become involved in as well, so give them a call.

P.S. For what it’s worth, I filtered these ads from Crossdresser Heaven…

Hiya Vanessa, If Google do have a sense of humor this is not it, I don’t find it funny one bit, it’s trans-phobic at the very least, not to mention misleading people into believing that transgendered people are child molesters, which is simply not true. It’s misinformation like this that causes problems, I can give an example, in the photographic community, there is a huge discussion at the moment regarding the law on photography in public places IIRC there is a law here in the UK which covers equality and diversity, where as employers not allowed to refuse employment just… Read more »

It is the ignorance and hate from groups like this that, Rather than say that it makes me ashamed to be a Christian, which I am never ashamed to be a Christian, but I am ashamed for them for calling themselves Christians and making true Christians look so bad. It is through Christ that I found the strength to come out and be myself, but only after I was able to realize that I had to stop letting these people do my thinking for me and that I I had to listen to God and not men of God. I… Read more »

Oh, and being gay/lesbian/bi doesn’t make you a child molester, and wearing womens clothing doesn’t make you a child molester any more than going to church makes you a Christian. Actually, I cannot remember one time that I have ever heard of a transgendered person being arrested for molesting a child. Like I said, I am Christian, but I am also Transgendered. While I don’t think I would make a very good teacher myself, I think it would actually be a disservice to your children to deny them to be taught by a transgendered person who would be a wonderful… Read more »

This ad is completely disgusting. Does anyone really believe that ENDA would allow this kind of activity in the first place? I can’t imagine any school system in this trans-phobic society that would allow transgendered females to teach to any small children in the first place. Just ask any openly transgendered person how hard it is to get a job anywhere. While ENDA will help, it will not completely end transgendered discrimination. Parents would demand that the schools not allow any transgendered individuals to teach their children no matter what the law says. The school systems would simply be forced… Read more »

I love the passion ladies! I’m hopeful that as more people come out that we’ll continue to make progress in the hearts and minds of society, and it will become obvious just how fringe the views of a few religious zealots really are.

I would respectfully suggest we need to stop calling these people by the name they have chosen, “Christian Right”. First off, by refusing to espouse all the teachings of Jesus, they fail in being true Christians. Second, they are not right; they are woefully wrong. Therefore, I suggest we revert to calling them by the full name created decades ago by the press to describe these people: Radical Right Wing. Yes, it is more difficult to say, but it removes the implication that they are correct. Perhaps if we in the transgendered community begin calling them that, our voice will… Read more »

At the risk of being disrespectful to others, I’ll share the name my wife and I have for the ultra conservative folks who claim to be Christians. I realize that in my own personal journey I struggle to show love to those who condemn and discriminate against minorities and the less fortunate. In this regard I fall short of the love Jesus showed for all – sinner and saint, follower and foe.

We refer to the radical right wing folks as “frights”, short for “far right conservative Christians”

Dear friends all, I feel that I must ring in on this one. I posted briefly a few days ago, but now I need to speak my peace . Yes, the “religious right” really aren’t completly right, but neither are they all wrong, just misinformed and misled. I don’t know where folks get thier information, but God gave us all minds to use, so let’s use them. Why muist we as Christians rely on a priest, minister, rabbi, or other member of the ordained clergy to tell us what and how to believe? The Scriptures are for us to read,… Read more »

Well said Ragina. It’s important to realize that even when we disagree with people on the religious extremes, that God loves them just as much as He loves us. We were blessed with a mind to think and reason.

Elizabeth, that’s wonderful to hear – I had heard about the goings on at the Mississippi school where a prom was cancelled because a lesbian girl asked to bring her girlfriend. It’s heartening that our laws don’t stand by the side of those who discriminate.

Its a tough world. Dont get all hung up on petty stuff. A couple lesbians go to a prom…….. really this isnt important, and neither is the blown out of proportion response. If they both w0uld have worn prom dresses would anyone have noticed? Mentioned one of them was wearing a tux!!! Bells go off and sirens blow!!!! They should have kept their mouths shut, and just showed up. What if you wanted to go to the theatre with your wife,and your in hees. If this got in the paper they would generate, and craft a story out of it.… Read more »

Discrimination in any form… to anyone… is just so wrong… and yet through out history it keeps rearing it’s ugly head. Can’t we just remember that we are all humans… and treat each other with respect? So to those who want… ‘Traditional values’… please read all your history books… not just the victor. Learn from history… or you will condemn yourself… and others… to repeat it’s mistakes. Following someone blindly… like a teacher… and… assuming… they are right… can have tragic consequences. Think for yourself… and learn from history. Be a critical thinker. Treat others the way… YOU… would wish… Read more »

I don't think what a teacher wears has any bearing on it. If the teacher is fully qualified what difference does it make. I'd rather a teacher have the credentials and qualifications, whether they be male or female. Just because a male wears a dress or skirt doesn't disqualify them. Of course there would be questions as to orientation or pedophilia, which are just in some circumstances, but as long as it doesn't or create a major problem with the school system. Then again I know of a teacher (high school) that wear skirts to school because of a medical… Read more »