Does She Know? Part 1

Home / Articles / Advice and Encouragement / Crossdressing and the Family / Does She Know? Part 1 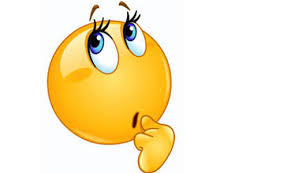 I’ve been faithfully married for over twenty-five years. My wife and I share a great relationship. Like most dating and newly married, young couples, we had sex often in the beginning. The sex has grown less frequent, now, but whose hasn’t after that many years together.

I began wearing my older sister’s baby doll nighties very early on. Later, it was a pair of my mom’s pantyhose.

I’m 57, and for about 15 years, I’ve crossdressed occasionally when the opportunity presented itself. At first, only in the confines of my bedroom and house. I eventually built up the courage to venture out as a non-pass woman. Getting slightly bolder recently, I’ve visited a few welcoming venues en femme, while on business travel. I now underdress daily, however, mostly in just panties.

My wife is not dumb and, as she has proven nearly every day of our 25+ years together is much more observant than I am. She has seen hints of my femme self over the last several years and either hasn’t put it together or is in denial. I can’t figure out which.

I didn’t have any panties when we married and hadn’t worn lingerie in years, but about 5 years into the marriage, the yearning returned. I started secretly borrowing a pair of hers and then started acquiring my own.

When I say I’m a closet CD, it’s not by choice. About 15 years ago, I made an actual attempt to come out. I tried to ease her into it, to test the waters. I’d had my small stash of panties I’d kept hidden for years and only wore when she wasn’t home. I found a website for men who wore panties. Some of the other members on the website suggested a way to broach the subject with one’s significant other. I decided to give it a try and set my plan in motion.

After a shower one evening, I feigned running out of clean, boring, cotton, tightie-whities. I came out and said, “Well, I guess I’ll just have to wear a pair of your underwear.” She didn’t freak out. She just laughed and said, “Okay.” I thought to myself, “Oh boy! This is it, I’m gonna be a panty wearer!”

I distinctly remember the pair of Victoria’s Secret, black, high-leg cut briefs she handed me from her panty drawer. Nothing special, but OMG! PANTIES! IN THE OPEN! IN FRONT OF MY WIFE! I slipped them on, trying not to be too obvious in my elation. I put on a pair of baggy shorts and a t-shirt while we fixed dinner and ate.

Let’s just say, the sex was great that night…

Well, the next day I went out and bought a five-pack of nylon panties with lace waistbands. I knew she hadn’t had time to do laundry during the day so after my shower, I went to her panty drawer and grabbed another pair of hers I didn’t pick anything too girly. It was another great night!

The third night, after my shower, I put on a pink pair of the panties I had purchased. When I went into the kitchen, she asked, “Did you see that I did laundry today?” I answered, “Yes.” But said nothing more.

At bedtime, I took off my shorts and t-shirt, revealing my new panties. She looked surprised. “I thought you said you saw the clean laundry.”

“I did, but I like the way these feel,” I answered.

That’s when I got the dreaded, “Are you gay?”

“No. No, sweetheart. I just thought it was okay with you.”

“Then why are you wearing panties all of a sudden?”

“Well, they’re pink … They’re women’s panties … I don’t think I like it … I’m not lesbian … It feels wrong.” And a whole litany of societal conditioning she couldn’t overcome came tumbling out. She expressed an aversion to crossdressing. She practically had a meltdown.

“Okay, honey. That’s okay, I’ll get rid of them.” I returned to the closet, literally to get a pair of “men’s underwear”, and figuratively. It took a while for her to get over it. That was the last time she saw me in panties. I didn’t blame her.  Maybe it was too much of a shock. I kept the new panties, anyway.

Over the years, I’ve been through the typical binge and purge cycles of many CDs, although, never throwing everything out, keeping a few pair of panties each time, telling myself I would only wear them occasionally, just to find myself with fifteen to twenty pairs again within a year. The urge was irresistible

It seems that, rather than getting over the urges, the desire has only burned brighter as time passed. Seven years ago, when my wife put some boxes of clothes in the garage to donate to a charity thrift store, I sorted through them and found a few things that fit me. I managed to put together a couple of outfits, that I hid away.

This only made me want to feminize myself even more. Over time, I started going through her donation piles and added a few pieces of costume jewelry and some shoes, including heels she couldn’t wear anymore because it hurt her knees to wear them. Her shoes are only about 1/2 size too small. I wound up with flats, Yellow Box sandals, platform sandals, and 3 and 4-inch pumps. I bought garter belts, stockings in black, white, and several nude or natural shades. I bought waist shapers. I bought bras. I even bought a couple of cheap wigs. I had to buy a couple of toolboxes from the hardware store to keep it all in and hid them away with the rest of my stuff in the garage.

I dressed only when she was out very late with friends, shopping all day, or away on a trip to visit out-of-town friends. I would track her iPhone to know when to start dismantling all of my work. Twice, when she was out of town for the weekend I dressed completely for the day and even ventured out, under the cover of darkness, to buy a pack of cigarettes at a convenience store or go into Walmart to grab something quick and use self-checkout. I mostly avoided interacting with people. It has all been thrilling.

View all articles by Raquel Smith
The following two tabs change content below.

Raquel, many, many years ago, my ‘much too good for me’ wife bought me some Jockey bikini men’s underwear. I just looked at them as panties for men. Fast forward a ‘many years’ and a pair of her bikini panties got intermingled with mine. Well, I put them on and they fit perfectly…better than my own! Fast forward another ‘many years’, she says she’s going to make a change and was going to toss her old drawer full of panties (nothing wrong with them). I just blurted out, “Can I have them? They fit perfectly and I like how they… Read more »

Oh, Robbi, ! Maybe if I had dialed it back a bit, who knows what I could be wearing with her approval, now?

Thank you Raquel…your story read like a song I hear on the radio that let’s me know I’m not alone in my thoughts and world.

Rowena, that’s a lovely way to put it. That’s the feeling I get, too, every time I login to CDH.

You and I are not alone. ❤️

Hi all! I just joined a few days ago, and already I feel very comfortable and happy to be here. I have been crossdressing (of sorts) since I was 11, and am 70 now. I mainly wear hosiery, especially pantyhose (sheer tights for you non-Americans/Canadians) and semi-sheer tights, because I love the silky, smooth wonderful waist-to-toe feel. I sometimes wear panties, and occasionally (but rarely) some lingerie. I like camisoles, slips (all kinds: half, full, tight, loose, flowing, etc.), and some shapewear. This topic really hit home for me. Several years ago my wife discovered my penchant for hose, and… Read more »

Thanks, JJ. I’m glad my story has touched you and that you are enjoying CDH.

Mine can be quite liberal at times, and not so much others. She just flew to New York a couple of weeks ago to visit a longtime gay friend.