Dressing as a Blessing 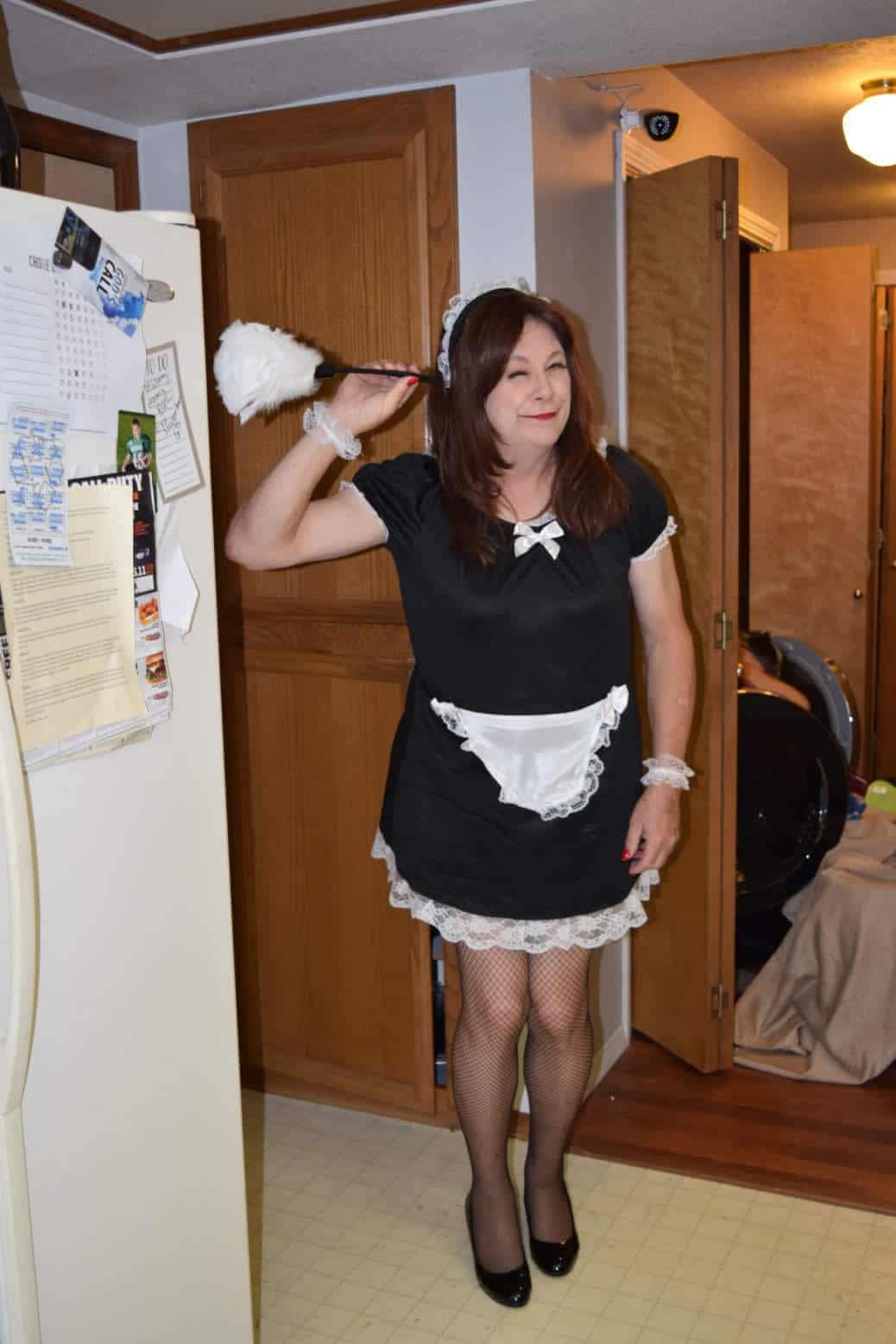 This is a rather long story, but I hope it helps others who are struggling with their dressing and the implications it can cause in our relationships.

My name is Dawnie Saxton, and although I have only been a member of CDH since January 2019, I’ve been dressing since age 3, so I have been dressing for 66 years now. I was married with two daughters, and luckily for me, my wife though she didn’t understand it, didn’t object to it. When the kids came along, they too knew of “Dawnie” (from a very young age.)

Over the years, I would get dressed up for photo sessions (What girl doesn’t love a Camera!!), but during all that time it was done in private with a Female Mentor, who did my makeup. She had just started to get me out in public in the early 2000’s when she suddenly eloped and moved away, putting me back in the closet again. The situation got worse because of my workload-working 50~60 hours a week as a truck driver, an additional 15~20 hours a week as head shop steward and Union Officer, while also trying to take care of my wife who was disabled.

I turned 65 in June of 2015, and applied for my pension because I could receive full benefits and keep working. The first pension deposit landed in my bank account September 1st, and then two days later, my wife passed away. I was devastated, and my daughters were distraught. My Company gave me all the time off I needed to get back on my feet, but I had to deal with a daughter who was so depressed, she’d been contemplating suicide. When I went back to work, I did so with the condition that I not work more than four hours a day so I could spend time with her. That was the start of an idea- one I doubt few you have ever considered as a benefit of dressing.

Before my wife died, she was bedridden. I did the housework, cooking, laundry, etc, in addition to waiting on her hand and foot for her needs. My wife, as a joke, talked me into putting my name in for a City Planning Commissioner job because she knew I was getting ready to retire and she “Didn’t want me hanging around the house.” One day, I was particularly tired and wanted to sit down in my Dawnie Den for a brief rest. I sat down, and immediately I heard her cry, “Don, can you come here?”

I got up ran into the master bedroom. She asked me to get her a glass of ice. I did so. I went back to the Dawnie Den and she calls out again. I commented that since I work all week, come home to do all the chores, shouldn’t I wear the maid uniform? She asked me to turn around slowly in front of her, and when facing her again, she commented, “You’ve got the legs- Go for it!” I never did because she died before I could, but it left an impression on me that would ultimately change my life and those of my family.

After my wife died, the family was very near a total collapse because she’d been the anchor, not just my immediate family, but she’d also raised her younger siblings, who looked upon her as their Mother. My youngest daughter was on the verge of suicide, and shut down, becoming a hermit. It was early September when she told me she would no longer have anything to do with her older sister or her kids. The two grandsons loved it when my daughter took them Trick or Treating at Halloween. I made a deal with her— If she would get dressed up to take the kids out Trick or Treating, I would dress up, too. At this point, I didn’t know what I would dress up as, but it became clear that I would dress as a French Maid to honor my wife’s memory.

We spent a week choosing our outfits and accessories. I had to learn to do makeup as my daughter had never learned either. I started viewing YouTube tutorials by Women on how to do makeup. October 31st came, and we spent all day getting ready for our debut. On the 30 mile drive to Salem, to my oldest daughter’s home, my youngest remembered that we needed to pick up a couple of party platters. I was a bit upset she didn’t think of that when I was in boy mode. All the money was in my account; I’d have to go in to purchase them. (That’s a whole other story!)

When we got there and rang the doorbell, Charlotte answered the door. She barely spoke, saying “OMG!!” Then she yelled, “Cheryl- there’s somebody here to see you!!” (Cheryl is my Son in Law’s Aunt.) Cheryl came to the door looked confused until I said, “Hi Cheryl !” She screamed and turned away from the door as she began laughing uncontrollably!!

We walked into the living room where everyone was. My grandsons were a mixed bag, the oldest, age 11 commented, “Nice Dress, Grandpa!!” The youngest, age three, had a dazed and confused look on his face; there was a strange lady in his house who spoke like Grandpa!! My oldest daughter’s husband called for her to come out of the kitchen and see. When she did, her jaw practically hit the floor! She turned beet red, bolted back into the Kitchen, where I could hear her giggling.

Once inside, Cheryl started checking out ALL the details of my outfit. When she got to my makeup, she told my youngest daughter, “You did a very good job on his makeup,” and was corrected by my daughter as she stated, “I didn’t do his makeup- He did mine!” The place broke out in howls of laughter.

That night did more in cementing out family bonds than anything I could’ve done. My daughters realized that mourning doesn’t last forever as life goes on. It was as if a huge weight had suddenly been lifted off of us. My extended family was very gracious in meeting Dawnie in Person, and they are now fine with it.

As for me, I got the added benefit of knowing I didn’t need to hide Dawnie any longer. Since that time, I’ve finally started taking steps out into public. After joining CDH, I’ve even met several local girls and been invited to join a rather large local T-Girl social group. Every day, I look forward to new adventures for Dawnie.

Dressing truly is a blessing; if you look at it from my perspective! Like everything in life, it’s what you make of it. It is strange how sometimes that which many of us do in shame and guilt can suddenly become one of our greatest strengths. It did in my case!!!

Dawnie,
What wonderful story which brought a tear to my eye.
I am so sorry for your loss but you helped your family to over come the loss of your dear wife. Thank for sharing that special experince… Leonara

Thank You for the Kind words!! Dressing does have positive effects for not only the person Dressing, but also those around them.

That was a beautiful story, Dawnie! Here’s hoping you have more fun and adventures!!

Thank You Steffie!! Believe me, I am having a lot more adventures now!!

You look great and happy. I wish my wife was as understanding as your late wife. Where did you get your maid outfit?

Hi Frances!!! Actually, my French Maid Uniform was a Halloween Costume I bought at Party Place. Luckily they had it in a size large, and the store salesperson looked at me kinda quizzically when I told them it was for me!!!

Ms Dawnie,
Please post more photos. You sure looked good in the last one
xoxo

Thank You All for your kind words!
Frances, I actually bought my French Maid outfit at Halloween Costume place. I think it was like $20.00 for the dress, and another $10.00 for the Petticoat.

I loved your story. And, you looked so happy in the maid dress!! Thanks for sharing

Thank You!! I was rather happy how the event turned out, because I wasn’t sure how my oldest daughter’s in laws would take it, but it exceeded my expectations. It shook the Family out of Mourning, and put them back on the path of living life again.

Thank you very much!!

You inspire me, Dawnie! Thank you for your story, sister. XXOO

I;m happy that mt story gives hope to so many !! I hope to write another article in the future.

Loved the story GF. Looking forward to spending some girl time with you and April very soon.

What a beautiful story ❤