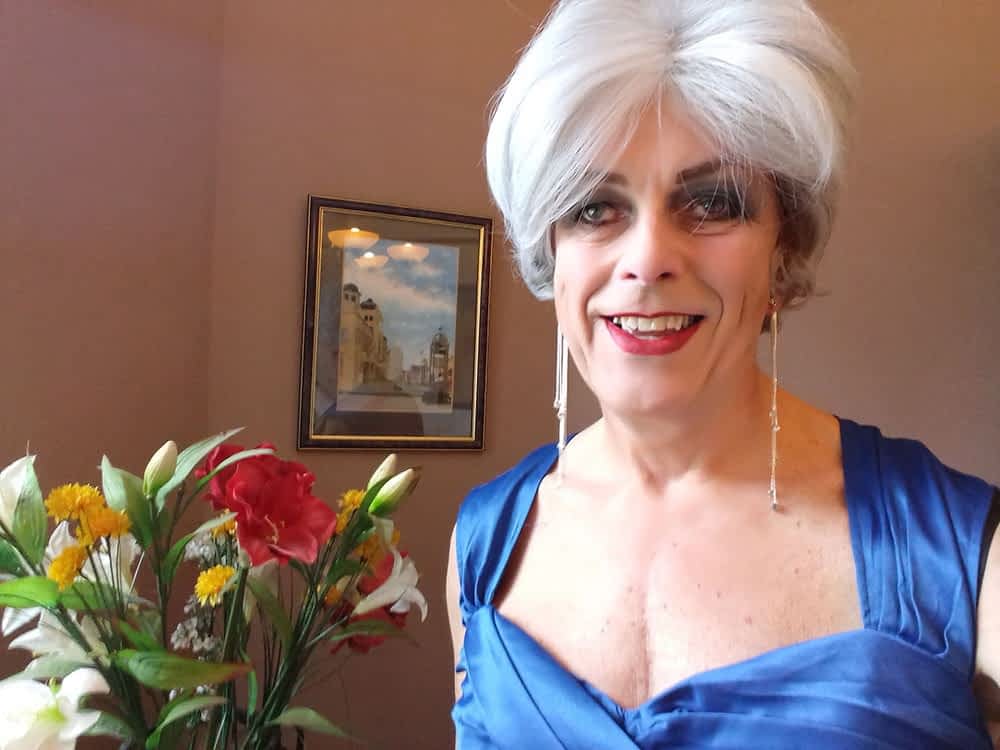 I’ve been writing quite a lot lately and it appears to have stimulated my mind, scanning through life events since 2016. I think this can be attributed to two main factors, the Pandemic confinement in its sixth week and that I have rejoined a website that I was an ambassador and editor on during 2016-17. I have been honoured once again to be swiftly awarded my position on the site again. I decided to try to make a difference for others still struggling with their lives with my return.

In my role on the site, I have written a few articles and have begun a series of film reviews that cover the topic of Transgender. In editing articles, I am getting the perspective of others which widens my own scope of thinking. Some things are a jolt to my mind and make me re-think certain aspects, softening the edges of my personal boundaries and beliefs. I see this as progress and am trying to embrace it all.

Recently, I was looking for an image on my laptop of a photo I had taken some while ago. I didn’t find it but came across selfies that I had taken shortly after I had begun to restock clothes, shoes, and makeup, etc a few years prior. It took me straight back to my life of four years ago when I perceived myself more as a crossdresser than anything else at that time. The featured photo was one that I still quite like and still have the blue satin dress. However, at that stage, I needed to explore how feminine I could become in my appearance. I never liked the idea of being confronted when I went out in public; I was also experimenting with looks and makeup. Although I haven’t worn that wig since then, I still have it safely in a drawer.

I lacked confidence in being Sophie back then when I ventured out in public, I still needed to find my identity, one that felt comfortable and represented me. I proceeded to buy various styles of clothes and different wigs. I had previously discovered that short hair suited my face much better than long flowing locks, no matter how much I may have liked to buy one. Well, I confess that I did buy one! A long shoulder-length style that I liked, but only to reaffirm that I looked awful in it! I bought second-hand clothes, partly due to lack of funds, or not wish to potentially waste money on things that either didn’t fit or were not my style. It was a slow learning process, as was finding a makeup style that made me look feminine but not heavy-handed.

I always knew that classic styles were a safe bet and never really go out of fashion, but I liked a little bit of rock and roll in my life too. Who can resist a lovely dress? I continue to like dresses, they can be more comfortable and flattering if you pick carefully, and perfect for an evening out for dinner. I keep my makeup simple and use a limited range of colours that suit my complexion.

Ok, getting to the point that sparked off this flood of text, is about how I have changed since 2016! Back then, I thought of myself as a crossdresser, mainly because I had no idea of the possibilities that were available to me. I had simply decided that I needed to live a life, that deep-down I wished that I had been able to enjoy much earlier on. My finances were at an all-time low with little prospects of work; how could I consider paying for expensive treatment to go further? So, I accepted the happiness that I had found in simply being myself, albeit, physically as a man. I had already begun to purchase a hormone treatment online, prepared to deal with any consequences that may have occurred thereafter. I needed to live my life being honest and true to myself, after so many years of failing to do that. I needed to do it so very badly that I was prepared to take a risk with my health, feeling that it would be better to die happily, than in a continued state of unhappiness and frustration. Thankfully I am still here!

During the autumn of 2016, I was introduced to someone who was living their life in the same way as me but already established in treatment and surgery planned for the following year. It was later in a conversation, that I discovered I could be accepted here in France for medical assistance and pursue my dream further than I had imagined. At that point, I really wasn’t certain if I truly desired to have surgery.  Within a couple of months or less, the more I reflected on the idea, the less frightening it became. I started to research the surgical procedures to understand exactly how and what they entailed, by watching videos, reading reports from surgeons and those who had undergone surgery.

I knew that from a child, I had wished that I would wake one morning to find that I was a girl. Dreams where I became a girl, built my hopes up that it may somehow be possible. Over time, the idea subsided as I always woke up as a boy. Life managed to suppress those feelings generally, but they remained throughout my life, flooding back in waves, pulling me back into thoughts of being a woman.

Once I eventually learned how to accept myself, so much of my life fell into place as if finding that lost piece of a jigsaw puzzle. There was no doubt in my mind from that day on who I was. I needed to transition, to finally put to rest the turmoil and internalisation I had suffered from all my life. Since that day I have driven myself through the French bureaucracy, changed my identity, and found the right places to seek treatment and information. Learning to live my life without the baggage I carried around for so many years.  I am now closer to the final stages than I could ever have imagined, compared to just a few years ago. If meetings don’t get too further delayed this year, I have expectations for a date to undergo surgery before this year is over.

Realising a dream is not something that we believe is likely to happen in a lifetime. However, later this year I may experience exactly that. I am certain that there will be quite a few tears on the day after surgery, but ones of joy and not sadness.

I wrote this article and published it on my own site in April 2020. It has attracted 38 views since then and popped up in the stats recently for my site. I couldn’t recall what the article was about so took the time to read it once again. I think that was something that happened for a specific reason!

Firstly, it reminded me swiftly, and with a force of just how far I have come on my journey in just over one year. The feeling that followed immediately and tailgating the first was the sense of what I had felt that brought me to return to this site a second time and begin what I have been doing since March 2020. How I had felt in needing of the support at any level, I was quite desperate! Other sites failed miserably to provide what I sought to ease my worries, fear, and anxiety. I was living alone with nobody that I believed I could discuss this with. Eventually, I found CDH, a refuge that offered just what I was looking for and needed, along with a great deal more that I had never expected. What I found unexpectedly was love, friendship, support, love and care, a sense of belonging, affirmation, and only good and positive things. I had no idea how that point in time would affect me for years after.

The simple fact that I am here still, creating, supporting, giving myself, love, and time to the community in the best way that I know-how. I don’t ask for anything in return for what I do or share and give freely from my heart. I know of no other way that I can bring change and assistance to my family and friends here. I have my belief and perception of what I am doing, in the knowledge and understanding that I will be creating a reality of my intentions and actions. I publish the article knowing that it was written a year ago but having a greater impact on those who read it now and here in particular.