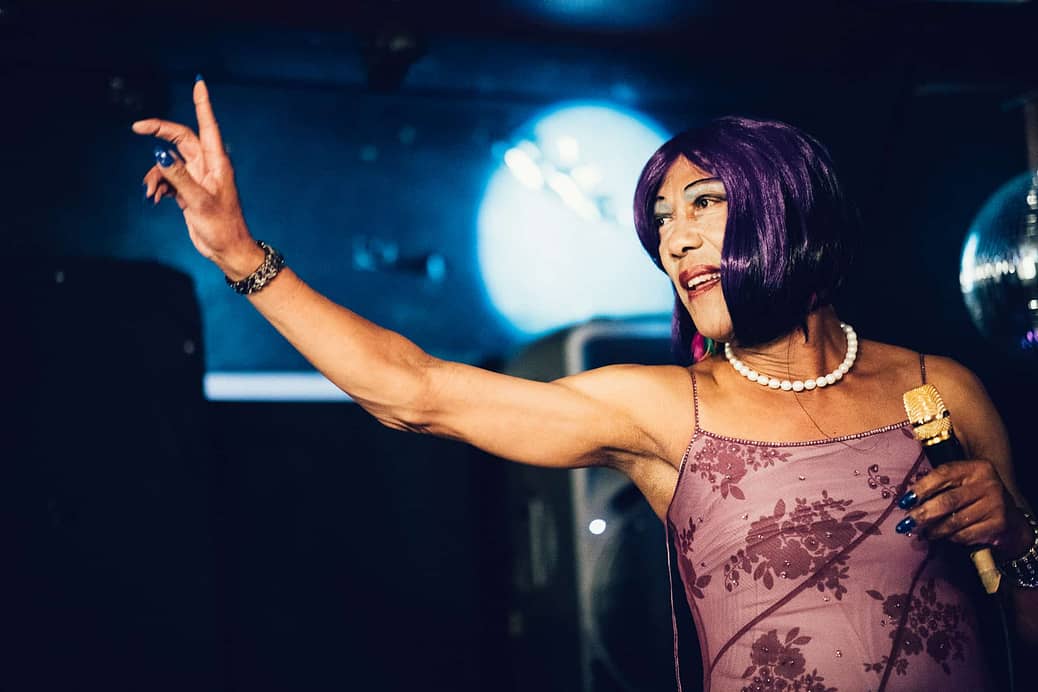 So far, this is the most difficult topic I have approached on CDH. It’s difficult not only from trying to decide what I want to say-I’m still divided actually-but from not wanting to be misunderstood by readers.

For those unfamiliar, I have performed live for the past six years with Tokyo Closet Ball. We are a performing arts group with gender subversion, inversion and general controversion as a theme. Well, early this year the idea of a family friendly/all ages version of our show was floated around. Frankly, our usual show is pretty much the opposite of family-friendly. At the time, it sounded fine. We’d gain exposure for our show, make contacts, and expand our opportunities.

Later that month, we were part of the entertainment at a charity event for an organization which supports children with major illnesses. Then recently, several of our members were scheduled to perform for a ‘get out the vote’ organization for overseas voters. Communications got mixed up, and I ended up being the only performer.

I want to add here that we are all at different points in our journey. I never compare where I am to anyone else. It’s not about better or worse, just different. That said, I have to tell you that interacting with children in full dress and makeup is a big psychological hurdle. After 6+ years of being in front of audiences, it’s hard to get that little voice out of my head-actually it’s a big voice-saying, ARE YOU NUTS? THIS IS ADULT ENTERTAINMENT! WHAT ARE YOU DOING? Before last weekend’s show, we were expressly told to keep everything family-friendly. That not only meant no sexy clothing-I’ve never worried so much about hemlines in my life-but no songs about sex, drugs, or violence. The nervous edge went even higher when I saw a dear friend was there with her young daughter. That led to this epic exchange of comments between myself and her very precocious child:

Her; “For a second I thought you were a girl.”

Her: “Maybe I won’t recognize you.”

It was truly a sweet moment. Later, she gave me a big hug. Too good. How could there be a BUT to that? Well…..actually there isn’t.  BUT……in the bigger picture-I mean, for Triesste it’s about glamour with realism. Despite the success of Drag Race and other shows, the struggle for wider acceptance and tolerance is still very much a struggle. I totally support the idea that crossdressers are just people with lives like any other people. I am also in total support of the right to be outrageous, to be flamboyant, to be dangerous, and to be a threat to bland conformity.

As drag becomes more mainstream, I can’t help wondering if the more risqué elements will be marginalized. Perhaps they will remain stereotyped as connected to crime and dysfunctionality, the way our entire community is in the minds of many. As I mentioned earlier, it’s not about better or worse. Wherever we are in our journey, it is real and worthy. I just hope we can all have a future where just blending in, or totally standing out, are treated with equal respect. That will be the day when facing the world as the beautiful selves we are will be not a risk but a reward.

Triesste, Given the controversy surrounding the Drag Queen Storytime events in local libraries, I can understand your hesitation. There is a broad misconception that all CDs are Drag Queens, gay, (and potential child predators). “Adult Entertainment” provides the primary, if not only contact between the “civilian” world and the CD community; what you do is entertainment, and is not real life, any more than a stage magician performs real magic. I believe if the distinction could be made (or as you say, “marginalized”), our non-conforming lifestyle would become more easily accepted. Now, if I could only tell you how to… Read more »

Hi Bettylou Well it’s very complicated. I always knew it was a matter of time until someone brought up objections to Triesste. It came from a very unexpected source-a single mother and creative artist who lives in Glasgow. When she had more time, she had some fame as Glasgow’s ‘Morning Dancer’ along the Clyde River’. We are friends, I even danced together with her one year when I was traveling. A few weeks ago she posted about her struggles as a single mom. i tried to extend some sympathy, and brought up my life as Triesste. She was happy for… Read more »

Triesste, I thank you very much for your article and insight. I hope the girls give your article the attention and respect it deserves. I find myself struggling with how to express myself further. As one who is older, the likelihood of fully “passing” is probably not still within reach for myself, but I like the girl I see in the mirror, and feel good letting her go out, shouldn’t that be enough? I myself have struggled with either trying to blend in, or dress to stand out. Either way, I respect those that choose to do either. Some times… Read more »

Thanks very much Lili!
I am older as well but, I have dedicated many years to studying health and body integrity, even before I had any idea about being Triesste. It’s a lifestyle, there are no shortcuts. Anyway I have to join some of our fellow performers soon, we are going to see Star Wars. i would love to chat more, happy holidays and keep in touch!

Great article Triesste. The drag scene has never been my “thing” but that may be because (despite what some might think) I am a very shy and reserved person. And whatever else it is, drag is much more expressive and outgoing than I am. But that doesn’t make me respect it any less.
Cyn

Hi Cyn Thanks very much! personally I am also shy, and my private time is always the most valuable to me. I teach students and performed live for many years before Triesste made her debut. I went through stage fright and some horrible embarassments. I have also spent many years in front of a camera-most recently was yesterday. I don’t have a lot of other job skills-a girl has to make a living☺️ About traditional drag-in my younger days I saw performances that were clearly parodies of feminine behavior. That is what my friend objected to. I have to be… Read more »

Such grace and beauty. Such light and hope but I also perceive grief and darkness (or perhaps that is my own inner interpretation). Perhaps there is hope in the endeavor of human kind after all. Shine brighter..for all of us that want to!! ❤️

Thank you Isabelle-what a beautiful and insightful comment! you are totally right. My greatest hope is to bring sincerity, hope and integrity to being out in the world as a woman. Grief and darkness-I could write a novel. Some of my fellow performers are Goths-grief and darkness are the waters they swim in. I do not choose that path. The thin sliver of sunlight, is why the darkness, grief and struggle exist. The voice that says, just quit. It’s over. Give up. That is the darkness. I hope everyone will live for the sunlight. It will be there when we… Read more »

Loved your article regarding drag and must say well done. Although I am just a girl in most of my daily life I have enjoyed drag shows here with other girls . I love dressing in drag and going out on occasions where it is accepted. I love the crowd and enjoy their company more than anything

Hi Deborah
Sorry to reply so late, I didn’t get a notice about your comment.
Well the corona situation has changed everything. I haven’t performed live since January. We are going to do an online-only version of our show in one week. The top I ordered for it just arrived today. I think I’m at the point now where, just dressing for myself and walking around the apartment would not be interesting. I need to be out, interacting with people. We won’t have an audience next week but, at least we will be reaching out to other people.