Going out in Vegas 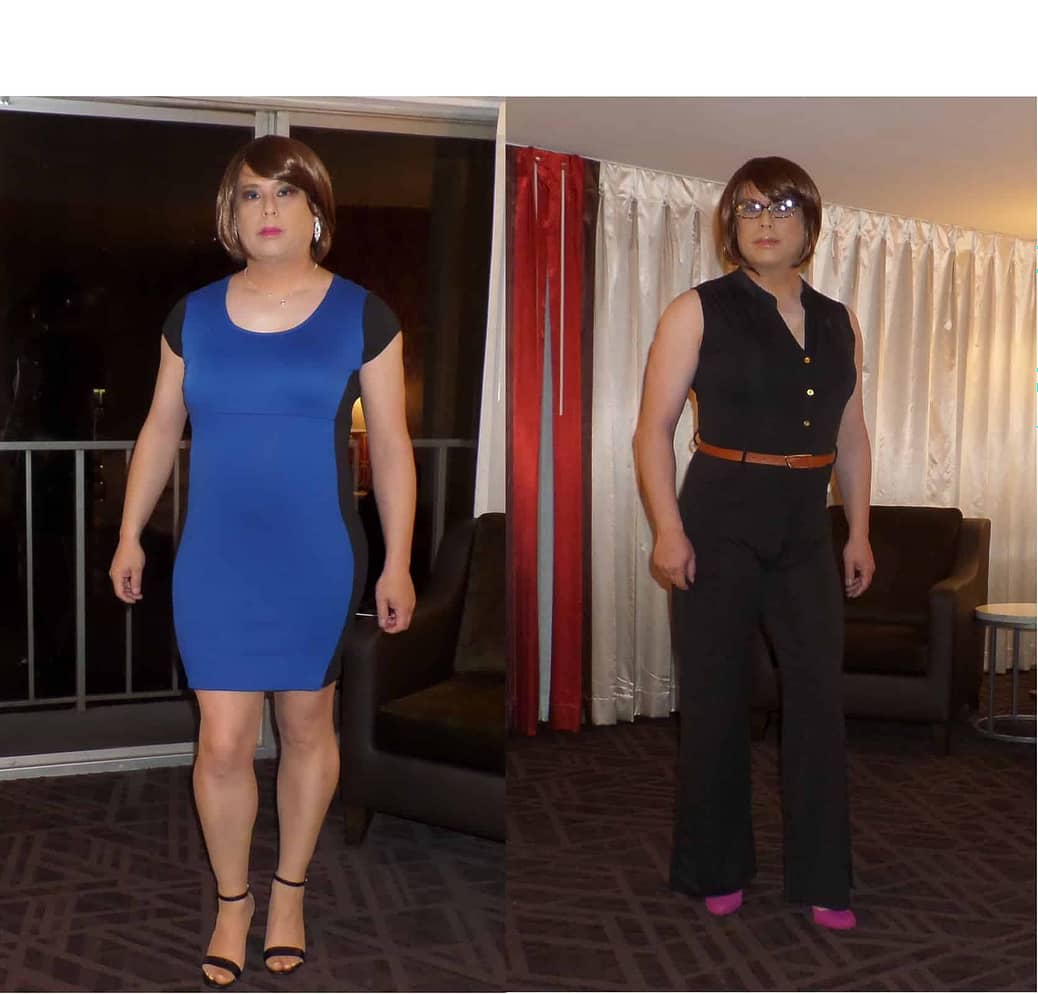 I had started going out on a previous trip to the southern US. I would go for drives, stop for gas, and pass though a drive through for food, what I think the usual starting out is for most of us 🙂  I was in Vegas for part of a week for a conference, and figured I would try and get out a little. After a day on the trade show floor, I hurried back to the hotel and had a long shower, starting the long process in trying to become pretty! After a couple hours of shaving and plucking, applying my makeup, making adjustments to my hair, and picking an outfit, I was finally dressed.  I had on a cute, blue and black body-con dress, my black 3 inch sandals, and a little flashy jewelry.  I felt pretty cute!  A new feeling for me!

I got on and pressed the button for the lobby. The doors closed, and down I went.  The hotel had the upper floors and the lower floors were not part of the hotel. As the elevator approached the last floor before the lobby, ding the elevator slow and stop. I heard the loud voices of men laughing and joking.  The doors open and three BIG guys are there. I hope I don’t look too scared.  I am sure I did though.  They noticed I was in the elevator and became silent…not a word. They got on and the doors close. I am freaking out!  I wonder; do they know I am a CD and why are they so quiet now? It must have been only 15 seconds, but it felt like an hour!

The doors open at the lobby; they move aside for me, and I walk out and smile.  I try not to run and just walk casually… I don’t know if I accomplished that!

I wander around the casino for a while.  I play a slot machine here and there.  It’s about 10pm so not too busy, but not dead either.  The dinner crowd is just starting to come into the casinos.  I stroll some more, play a little a little longer.  As the casino becomes busier, my nerves get the better of me.  I head for the elevators and back to the room.  I survived! I long to go back, and the next time wear something sexy to hopefully catch a few eyes! 🙂

(I took the posted pictures in my room before heading out)

View all articles by Kali
The following two tabs change content below.

Just started going outside as Kali. LOVING IT!

Latest posts by Kali (see all)

Joined a group of cds on a vegas trip some 8 yrs ago and can relate to your entire experience Kali. First time in the elevator was terrifying too. I was comfortable walking the strip at night with my friends and by the second day I really didnt care what people thought and really had no uncomfortable situations. The secret is not to dress like a hooker

Deborah, having a group or even just one other person there would have helped I think! LEss chance to chicken out! 🙂