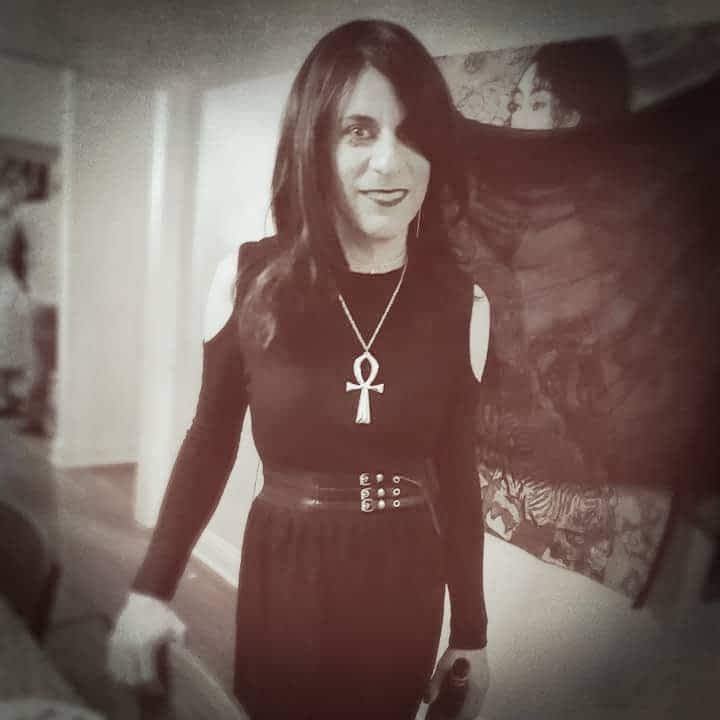 I’ve gotten several requests to follow up on the teaser I dropped at the end of my last article on crossdressing at Halloween. I apologize profusely for the long delay in getting around to writing this. I suppose I’ve been procrastinating since I approach this final installment with a fair bit of trepidation. Ultimately, this article has no choice but to be the obligatory “How I came out to my wife” story. Did I do the right thing? Yes. Could I have handled it better? Absolutely. Hopefully, some of you who are on a similar path can gain something useful from my tale.

When I look back on the 10 years between when I first crossdressed as Sarah Palin and Halloween 2018, it’s fairly obvious I thought each year I crossdress for Halloween it would lead to this transformational phase of our relationship, meaning I was waiting for her to say something that would lead to “the talk.” But she never did. My mind tied itself in knots as I tried to figure out if it was because she was really ok with it and wouldn’t mind that I was a crossdresser, or if my affinity of dressing like a woman would revolt her more than just my dressing up at Halloween. For my part, I know I started out dressing for Halloween as a way to “test the waters” to see if she would accept it. Doing it once should’ve been enough to prove that point. Instead, I just kept using it as an excuse rather than having the real, honest conversation, which needed to happen.

So came 2017; it had been three years since the last time I crossdressed for Halloween. During the intervening years, I started seeing a therapist to help with my anxiety, but the focus turned to helping me figure out how to find courage and tell my lovely wife that all that crossdressing was more than just a costume. It was a real struggle for me. I started getting fed up with my inability to cross that bridge. This year, I decided to force the issue. I wanted to go as Death of the Endless (from Neil Gaiman’s Sandman universe – picture a teenage 80’s Goth girl), but I made myself promise that I would admit to my wife there was more to this than she knew before going ahead with it. As the party grew closer, I kept putting it off until one night, about a week before the party I told her what I wanted to go as. But this time, I followed it up by saying, “You know, I really like dressing up like a woman, right?” Pandora’s Box opened! And… at first it seemed to go ok. Mostly, she was like, “well, that’s kind of obvious, but what do you expect me to say?” I showed her some pictures of what my costume would be and that was about it. I was so relieved to finally get it out in the open and to have no blowback! Well, I was getting ahead of myself…

The next night she asked if I wanted to take the dog for a walk. No sooner had we left the house when she says, “Can we talk about what you told me last night?” Uh-oh. My stomach dropped into my ankles. This was the part I was unprepared for. I had hoped I could tell her about this without actually having to explain myself – this wasn’t part of the plan! I’ll spare you the gory details, but essentially it boiled down to two huge miscalculations on my part.

1) I was so wrapped up in my own fears that she might leave me over this that it hadn’t occurred to me she might think me telling her was my way of saying that I wanted to leave her.

2) I was not at all prepared for what ended up being her main question, “Why did you decide to tell me this now?”

That second one, I really didn’t have a good answer. I thought it was because it seemed like the right thing to do, but I later came to realize it was something much more selfish.

She ended the talk that evening by saying, “I can’t talk about this anymore right now.” In my now completely freaked out state, I took that as “I don’t want to talk about this anymore, period.” So I retreated into my shell and several uncomfortable days followed. When she eventually brought it up again, we agreed that I needed to work some things out with my therapist. I volunteered that I would come up with a different costume for the party; no need to pour salt on that open wound! For the next couple of weeks, I had an almost constant knot in my stomach, until one day I just couldn’t take it anymore. During my most recent therapy session, it came out that when I told my wife I liked to dress up a like a woman I didn’t actually admit it was something I do quite often. As far as she still knew, it was just something I did on Halloween. It was the only time I think my therapist looked surprised. I believe he was genuinely baffled I’d left that part out.

The sudden wave of guilt brought on by that interaction is what put me over the edge. So that night, before bed, I admitted that this was something I did regularly, and that I had my own stash of women’s clothes. Bracing for the worst, I finally heard the words I needed at that moment, “Well, I still love you.” And then, after more of my babbling, she says, “I accept this about you, but I feel like you don’t accept it about yourself. You need to stop worrying about what I want.”  Despite all the positive, there was one additional request, “I don’t really want to be a part of it.”

I don’t know if it was the trauma of the previous weeks, or the newfound closeness of having survived the revelation, but once again my desire to crossdress retreated. There was no purge, just a loss of interest. And once again, I began to channel my energies into buying her lingerie and dresses, unwittingly transferring my feminine desires onto her as a surrogate. Inevitably, it was bound to catch up with me.

By the following spring I was back at it again, and grateful that I hadn’t cleared out the wardrobe. Yet, I was still struggling with accepting who I was and what I really wanted out of all this. As fall approached, I made up my mind to revisit my aborted Death costume from the previous year, figuring that enough time must have passed by now.  Even though I was plagued with stress over it, and some part of me knew it was a bad idea (Remember, “I don’t want to be a part of this?” Yeah, me too…), I just powered through it, imploring myself to just do it because I want to. I told her about a week before what the plan was, and I could tell she wasn’t thrilled, but she wasn’t about to tell me no. I wish she had. I don’t think I’d ever felt so uncomfortable as I did on that night. Several days later, she woke up one morning and wanted to talk about my “costume.” I believe it may have dawned on her that it really was more than a costume. By that time anxiety was ruling my life, and I told her I had already decided to give it up for good. I never wanted to feel again like I felt that night. Everything was boxed up and ready to drop off at Goodwill. This time I was done for real, and I was going to have my therapist help me through it.

Of course, that didn’t work, because the first question he asked after I told him what I was planning, “But is that what you want?” Damn it – he got me.

I was really hoping to wrap up this tale in this article, but I appear to be running out of room! I apologize if this has all been a bit sad, but I promise it gets better! And I promise it won’t be so long before I conclude my story. Be well!

my favorite holiday! thank you for sharing

Thank you for sharing this. One of my biggest fears is how my wife will take it when I finally have the talk with her.

Well Autumn, hopefully you can learn from my mistakes! ﻿﻿ Best of luck…