Home / Articles / Advice and Encouragement / It started with… 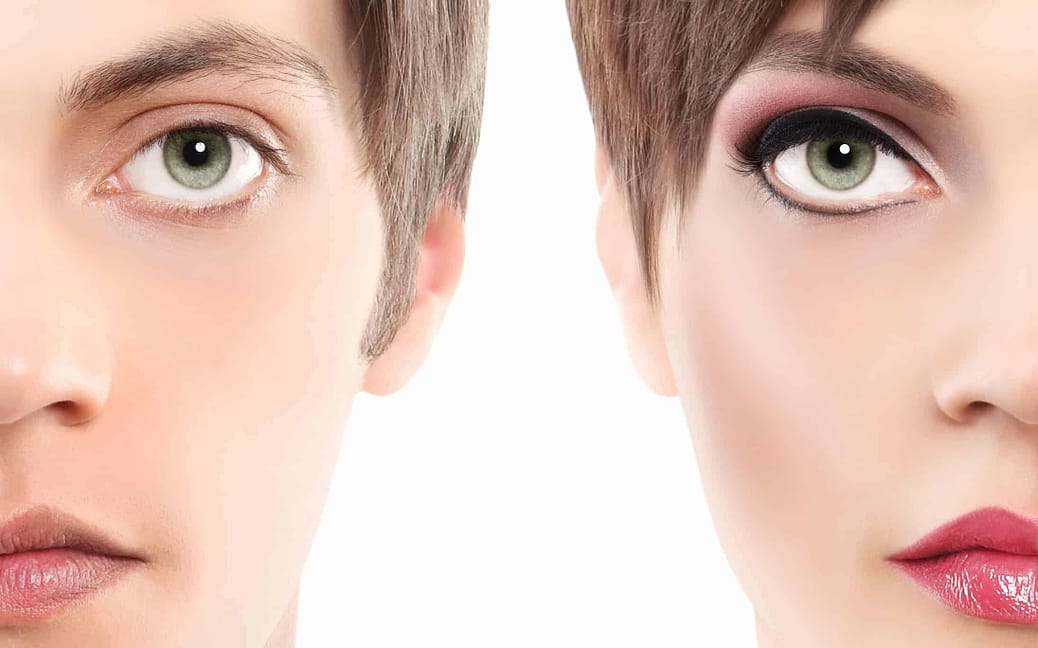 I remember watching Jerry Springer when I was about 13. It was the first time I heard the term transsexual. The girl was beautiful; I wanted to be like her. It started me researching about being transgender. I was fairly masculine outwardly, but there was no denying the girl inside of me.

I first tried on my mom’s bathing suit when I was 14, on vacation in Maine at my grandparents. It was just hanging there in the bathroom, daring me to try it on. I couldn’t resist. It felt so good, but the shame quickly washed over me.

I’ve done a good job at hiding my female identity. I’m good at being male and have become a good actor. My body and mind are not allowing me to continue this act for much longer. I may have started dressing young, hiding it away in the closet for years at a time, but it was always there. Occasionally, I would dress in my girlfriends’ clothes without them knowing.

When my GF and I broke up in my 20s, she left a bag of clothes behind. I was so excited and immediately starting trying everything on. It was the first time I slept in female clothes. It felt so right, but I put those feelings to bed fairly quickly; Nikki wasn’t ready to come out. I kept her at bay as I obsessed over my career in music.

I put all my energy into music and kept my desires to myself. I dated girls, but my fantasies were centered on being a girl and the thoughts of a relationship with a man or another like myself. Dealing with all the suppressed feelings took a toll on my mental state. Doing so has caused me to suffer from chronic anxiety since early in my teenage years. Additionally, I suffer from chronic pain due to a hip disease that took hold of me as a young child.

The tipping point came this past summer when my body and mind completely crashed and burned. I was very ill and developed severe insomnia. My anxiety and blood pressure were reaching dangerous levels. On a night last July, I finally came out to my girlfriend and sister. The words I truly believed would never see the light of day tumbled out of my mouth, “I fantasize about being a woman all the time.”

My sister is very supportive and so is my girlfriend, but it’s been hard on her. After coming out, we didn’t talk about it as I was still battling health problems. It was another severe bout of insomnia that prompted me to address my desires with my girlfriend again. We explored my feelings deeper; she let me wear her lingerie and we shopped online together for my own.

I’m not sure how far she will support me on my journey, but her love means the world to me. I started seeing a gender therapist and continue to be more comfortable with the notion that I might be transgendered.

I don’t know how I’ll ever be able tell my conservative, Roman Catholic mother. In the back of my mind, I believed it better to transition after my mom’s passing, now… I’m not sure that’s the best option.

My mom told me as a kid that my name would have been Nikki if I’d been born a girl. It always stuck with me, and I’ve known it was my name ever since. I’m finally letting Nikki out slowly; I’m both excited and scared to see where she goes.

View all articles by Nikki Bailey
The following two tabs change content below.

I am a 38 year old musician/composer. Ive fantasized about being a girl and wearing women's clothing since i was a kid, but have only recently opened up about it to my GF. She helped me buy my first pair of pantied and a bra this week

Thank you for this. I had a very early experience exactly like yours. The shame washing over me was crippling and I would experience this every time I dressed up for years after this. I’m coming to terms with accepting myself and reading articles like this helps me along the process.

Its a long journey towards self acceptance. I am so happy if my story helped in any way! I am here if you need anyone to talk to

you have much time ahead of you. the big question is do you want to spend it being who you really are ? or what everyone else wants you to be trapped by their expectations of you ? I’ve been taking little and frequent steps to being out and its really been liberating and down right fun. It feels so much better. Don’t wait another decade or two because you can’t take that back. The question of acceptance is always a risk by those close to you. I think those that matter will be ok, those that don’t, well you… Read more »

Hi Alicia. Thanks for the encouragement! I recently came out to my sister and she was incredibly supportive. My mom will be tougher , but one step at a time. Going to my first transgender support group today!

hugs ! all will be ok where ever your journey goes. I”m probably never going to transition, but instead live gender fluid which is fun too. fund what works for you. really happy you could be out with your sister, its nice when it works out well.

hello Nikki nice to have you here on C.D.H. thanks for sharing your journey. feel free to read my profile. i also x dress to help with panic attacks and depression.

Hi Lucinda! Yeah, I wish I could dress more. My gf has been hot and cold with her support and has basically shut down at this point. I hope you are able to dress a little more freely

All the best to you on your journey, Nikki!

Good article, I too am guilty of wearing mom’s clothing as well as past girlfriend’s clothing.

Nikki-thanks so much for sharing your story which I’m certain is like so many others here. Reading about others’ journeys and successes and even failures can help someone else find the courage to try and achieve their own dreams. Be glad you faced your fears at such a young age and are moving toward your goals.
Cyn

Thank you Cynthia. I felt like staring death in the face was the only thing that made me finally open up and I am still scared every day, but taking small steps daily

Thank you for sharing!. My journey was similar. I came out to my wife of 32 years last year and she fully accepted and finally understood the mental turmoil I had suffered for so long with. I started seeing a therapist and I start HRT next week! Follow your heart and be the girl you were meant to be. As my therapist routinely tells me “you deserve to be happy!” Good luck on your journey.

Thanks Dani! Thats so great that you have had that support. I am seeing an endo to discuss hrt in a few weeks! Good luck with your next steps