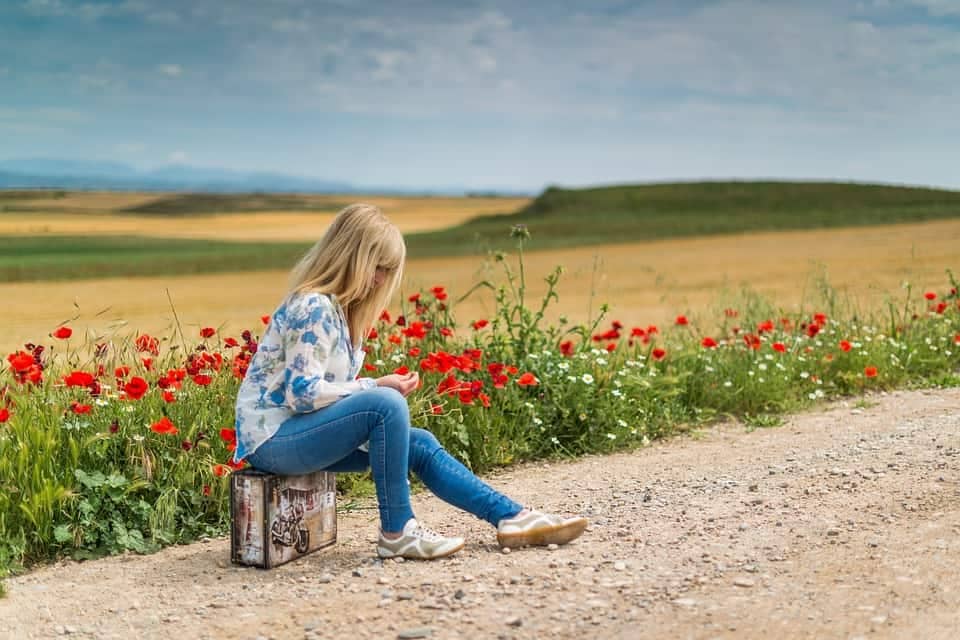 I was born in Liverpool, to a big traditional Catholic family. I have four brothers and two sisters. We all lived in a 4 bedroom house; needless to say it took some time for me to get my own room. I was about 12 when I moved into my younger sister’s room, and that’s when it started. Exploring all the furniture in the room I found some makeup and clothes she’d left behind. One night, on impulse, I tried them on. I wasn’t the bravest, most confident boy, but when I tried my sister’s stuff on – well, I felt different. Happy, content, at peace with myself, and totally different to when I was at school. There, I was picked on for reasons unknown to me.

Time passed, and I moved to live with my older sister who lives near Bournemouth. I got a job, made some friends at the local pub, and never thought about dressing as Jordan (as she was to be named). The years flew by, my job became more encompassing, and I never had much time for (or success with) women.

When my parents and younger brother moved down, the chance to express Jordan never arose. Until one day at work, a friend asked if I wanted to share a flat with him in Bournemouth. I jumped at the chance, to finally flee the nest when I was 27.

It was in this flat the urges to dress arose. I had little money, but with my flatmate out with his family I tried to pretend I could dress up using a bed sheet, folded and wrapped around me. It was one of the best nights I had, when skint. Unfortunately, this too wasn’t to last, as he got a girlfriend, moved out, and I moved back into my parents house.

Back to the old routine; get up, go to work, come home, eat change, and go the pub. Day in day out. No chance for me to be me. But work was going really well, I was enjoying it.

Then my mum died, of an incurable disease, and that threw me off track for a bit. I was a bit lost. I had my own room and a mobile phone, and used that to call sex lines, and sought gratification that way. Not my best idea. And I still had no way of dressing up. Not with two brothers and my dad in the house.

Then my life changed again; I met a lovely young lady, and fell in love. The first night we spent together was in my eyes magical, though she might disagree (but I ain’t asking her). It was a whole lot better than all the other liaisons I had ever had. None of them even came close.

Work then threw up a curve ball as I was sent on trips to Frankfurt, New York and Australia. It was while I was in Australia that I got a job on a year long assignment. Upon returning home and telling my girlfriend, there was an argument, and things went south rapidly.

In time we did, however, manage to sort it out, and with my older sister’s help she came to Oz with me. It was bliss, perfect, the two of us alone. It was here that Jordan was truly born. I can’t remember how it came out, but one night I told her about my dressing like a female. Amazingly, she didn’t freak out, so on-line we went and a few days later some clothes arrived for me. Knickers, bra, stocking, skirts, tops, makeup, wig, the lot apart from shoes. My size 13 (UK) feet don’t seem to fit into too many shoes at the moment. In any case, Jordan was born, and came out on several occasions where we would have fun. Sexual fun, both ways, all types. Involving toys, etc., etc. It was the happiest time of my life to that point.

Then back to England we came after a year, and we moved into a house not far from our jobs. Jordan was forgotten for a while. Then on impulse I opened a box, we had brought our stuff back from Oz, and found the clothes and everything else in it. This set me off again, aged 33. Since then I’ve had times when Jordan would be out when I was alone. She would see Jordan rarely, though she would see the parcels that were delivered.

We got married, and were able to move nearer to work. It was here that the real Jordan started appearing, sadly though not in front of my wife. Clothes, makeup, perfume, handbags everything would arrive. Apart from shoes, the one downfall, the one thing I wanted the most. The last barrier. The last thing on Jordan`s wishlist. Would I ever be able to find a pair that fit me? I didn’t. But my wife did.

We were in France for a wedding, and a drunken me mentioned how it would be impossible to get shoes for my feet, when a conversation about stilettos and how hard they are to wear was started.

Surprisingly, once back home, my wife went online and bought a pair for me. Utter joy, as I tried them on as soon as I could, in her presence. We then both went to our bedroom, and Jordan was brought to life again. My wife and Jordan went downstairs and watched some telly – bliss. I was happier again, comfortable, at ease.

In the years since, she has bought me 3 more pairs of shoes, and still, I managed to keep Jordan hidden for the most part. Only recently has this come to a head, and we have had a discussion about her. The time has come for Jordan to be out more often, but only in the house for the time being, while we work things out between us, and start the process of telling family and friends. This is the scary, for Jordan to be introduced to the wide world.

My wife is scared of losing family and friends, but is resigned to the fact that some won’t get it.

This is me. I’m Jordan and I’m happier now. I feel at ease.

With my wife`s encouragement, and knowing that no one can hurt me, I’m sure Jordan will be out in the world at some point in time.

It has taken a long time for her to get this far. But she’s certain she’ll be happier once the whole world has seen her.

View all articles by Jordan Runyard
The following two tabs change content below.

Started my cd journey at about 12 yrs old, but wasn't able to pursue properly. Fast forward 20 odd years and another short opportunity arose. From then the feelings of wearing female clothes took hold. Still haven't told family & friends, due to religion and where we live. Wife is supportive, and helps. I still need to get the courage to go past the front gate as Jordan.

I was truly inspired by reading your article, I’m sorry for the loss of your mother, I know that is something that hurts for a long time.

I’m a married man who’s wife doesn’t understand nor like the thought of it. Every year that goes by, the desire to be a woman grows. It’s just a matter of time before I embrace it and start the process. It’s not going to be easy,but I know I’ll finally be free.

Oh my your story parallels mine so!

Hi my first memory of me wearing girls clothes was when I was 3 years old. It took me a long time to finally tell my family and most friends, I indulge in cross-dressing over the years but never really came out until I was 39, I had meet my know ex fiance Amanda who helped nicola come out and be my self. Now 50 year old I am fully out and dress as feminine as I possibly can.. Its never too late to change your life, BE THE WOMAN YOU WANT TO BE AND NOT THE PERSON EVERYONE WANTS… Read more »