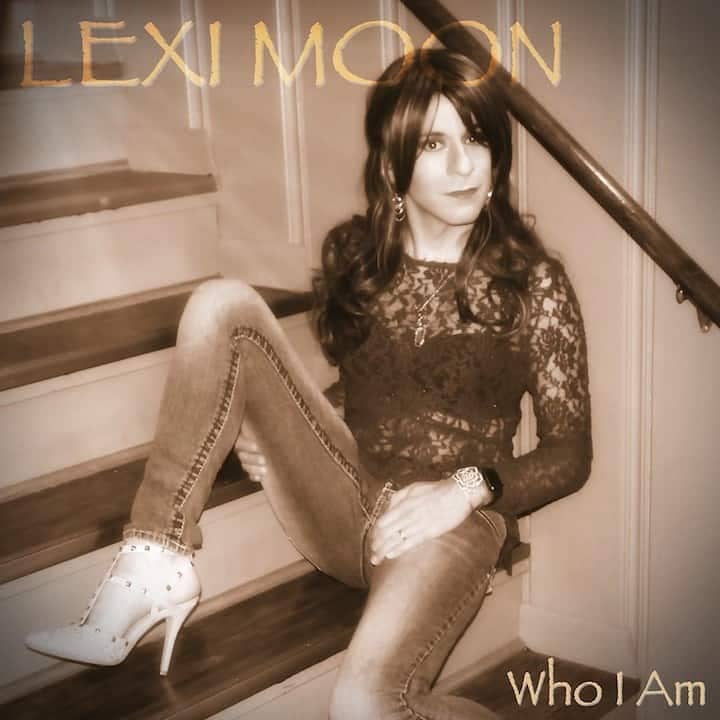 No, this article isn’t about what you think it is. There are plenty of YouTube videos to teach you how to train your voice to speak and sound more like a woman. My focus here is the inner voice – the part of you that speaks to who you are, or who you are meant to be…

I’m a musician and songwriter – been playing guitar since I was 16 years old, and it was always my dream to grow up and become a rock star. Sometimes you achieve your teenage dream, sometimes your life takes a different turn. I never gave up playing, though. I mostly play covers these days, which is a blast. My band is amazing, and I’m lucky to play with such great musicians. As far as original songwriting goes, I usually let others do the singing and pen the lyrics. I never seemed to be able to put my feelings into a poetic form that wasn’t either too literal or just plain cheesy. And I didn’t really consider myself a singer, either. I was content to come up with the riffs and let someone else handle the words. Yet I always felt I had something to say but didn’t know how to go about saying it.

If you’ve read any of my previous articles, you know I’ve been on the crossdressers journey as well. Like most of us, I repressed and fought that urge for most of my life – always pretending it was something that would go away. I treated it like a sickness that needed to be cured, or a beast to be tamed. Once I finally accepted that this was just part of who I am, I sought therapy to help me come to grips with it, and also manage my anxiety. And a funny thing happened along the way, I began to find my songwriting voice. At one point, I was kind of feeling sorry for myself for getting to my mid-40s without living my life doing the things that were important to me, but always trying to do what I thought would please others – what was expected of me. Driving home from work one day, a phrase popped into my head: “You are not the sum of all the things you didn’t do.” Not only that, it came with a melody! Just like that. Over the next few days, I fleshed out the lyric into a nearly complete song. And then…another one. And another one after that. The dam had burst wide open.

I had landed on a concept – what would I say to my teenage self, if I could give that poor kid some advice? And more songs came together as I thought back on the events and feelings that shaped my early life, and how I would handle them with the perspective of 30 years of hindsight and the help of a professional therapist. But with these songs, came the realization that I couldn’t let someone else sing them. The words were too personal to entrust to anybody else. So even though I’m not the strongest singer, I had to give it a shot. Surprisingly, the results actually weren’t as bad as I feared. But as I continued to work on the recordings in my home studio, confidence in my singing would often waver, and some days I was tempted to just chuck the whole thing…

In the midst of this burst of musical creativity, I made great strides in accepting Lexi into my life. I stopped thinking of myself as a freak and embraced my female side with more energy than ever before. Instead of trying to repress my urge to be feminine, I started to “lean into it.” Obviously, I still have to work around the demands of work and family, but when the opportunity is there to be Lexi, I just go for it!

In the process of editing some photos, there was one in particular that I thought, “Gee, that looks like it should be an album cover.” So just for fun, I cropped it into a square, applied some sepia tones and made up a title. Looking at the finished product, it also struck me that “Lexi Moon” is a great female rock star name! I posted it to my Flickr page, and one of the commenters suggested I post some of my music, too. And that’s when the bolt of lightning from the heavens hit me: these songs I’ve been wrestling with for the last few years are meant for Lexi to sing!

And ever since then, I’ve heard my vocals in a new light. I no longer wince when I listen back to some of the vocals I’ve already tracked, and when I lay down some new vocals, I’m doing it as Lexi! Suddenly, this whole project has taken on another layer of meaning that was previously missing. I knew I was on to something special, but the last bit that ties it all together had eluded me until I imagined Lexi writing, recording, and performing these songs.

Lexi has finally has a place. She has a voice. And she’s me.

My goal this year is to complete this album and release it online and on CD (Ha! Get it?). Having the cover already completed provides a target to work towards. It reminds of how J.K. Rowling had written the epilogue to the final Harry Potter book years earlier, and that gave her a goal. She knew where the story needed to end up, and now I know where my story goes. Finding my female voice means that I’ve found my singing voice, and my song writing voice. And letting myself go, and more fully embracing who I am, has allowed my creativity to blossom in ways I’ve never experienced before. And I can’t wait to share the results!

So, I’m asking a favor…will you hold me to it? I need the power and support of this awesome community to make sure I don’t slack off or chicken out. And I’m curious, have any of you ever experienced anything like this? Has embracing your inner femininity unlocked success in other parts of your life?

Thank you for taking time to read my article and I would love to hear from as many of you girls as possible in response to any of the questions I’ve posed to you above!

40-something, married "baby" trans. Been crossdressing since age 5, but just this year finally accepted that my obsession with dressing in women's clothes is ultimately driven by the fact that I'm happier presenting as a woman. Still trying to figure out what that means, but just trying to enjoy the ride for now! I'm also a guitarist/singer/songwriter.

Hey – if anyone happens to stumble back across this article, I updated the cover to something I think will fit with the music better. Even more exiting: The album is finished and you can stream it here: https://soundcloud.com/leximoonmusic/sets/never-too-late

Lexi; Thanks for sharing that with us. To try to answer your question. I’ve been at least somewhat creative all of my life. I started classical violin about age 10-12 (not long before I started dressing), then melded into flute and piano. However, I also got into photography around the same time, and ended up making a career out that. So, I became creative in w a visual medium, as well as musically. Though I kind of went in and out of music over the years, as the demands of work waxed and waned, and had to give up playing… Read more »

Hi Lexi. This is such an interesting idea, creating music in your inner feminine voice. I’m looking forward to hearing your songs, I’m an avid fan on many different types of music.

Embracing my inner feminine side had helped me work much better with everyonr at work and volunteering. I feel like I have a much better perspective.

Lexi- great article and thank you for sharing! I think most great works of art- whether music, poetry, literature, or paintings/sculpture are only possible when let our souls express their inspiration. The rawness of our emotions- whether they spring from deep depression/sadness or exquisite joy/happiness infuse our creations and touch others in ways that simple entertainment cannot do. I know my best writing has come in the most emotional times of my life-sometimes in times of tragedy and death and others in times of love and new beginnings. Clearly your transition from fighting the part of you that is Lexi… Read more »

Oh I will! I can’t wait for everyone to hear it. Thanks, Cyn!

Hey Lexi. It is been a while since you posted this article. Wow, what a story. That is very inspiring. Go girl.

Thanks, Melanie! I have been busy at work during this quarantine to try and get this project moving. I can’t wait to share it with everyone!

Wow, great article and song Lexi. I too believe my feminine side is my creative side and the more I embrace it, the more creative I get (not musically though, the only thing I can play is the stereo, lol). Keep on your creative exploration girl!

Hello Lexi This article is absolutely amazingly well written. I have to give you a huge thanks for posting about this chapter of your life here on CDH! This is honestly so inspiring for so many of us who are at all stages of our CD journey as well as those of us who will be dreamers forever. I encourage you to continue with your talents and joys leading the way for your life and future. I wish you the absolute best of luck with publishing your first album and only hope that light will guide you through this magical… Read more »

Thank you so much, Evany! It means a lot that people are still finding this article and getting something out of it. (FYI, the album is out! If you want, stream it on the usual places: https://li.sten.to/KvVrkdR ) I’d love to know what you think! Cheers!
xxoo
Lexi