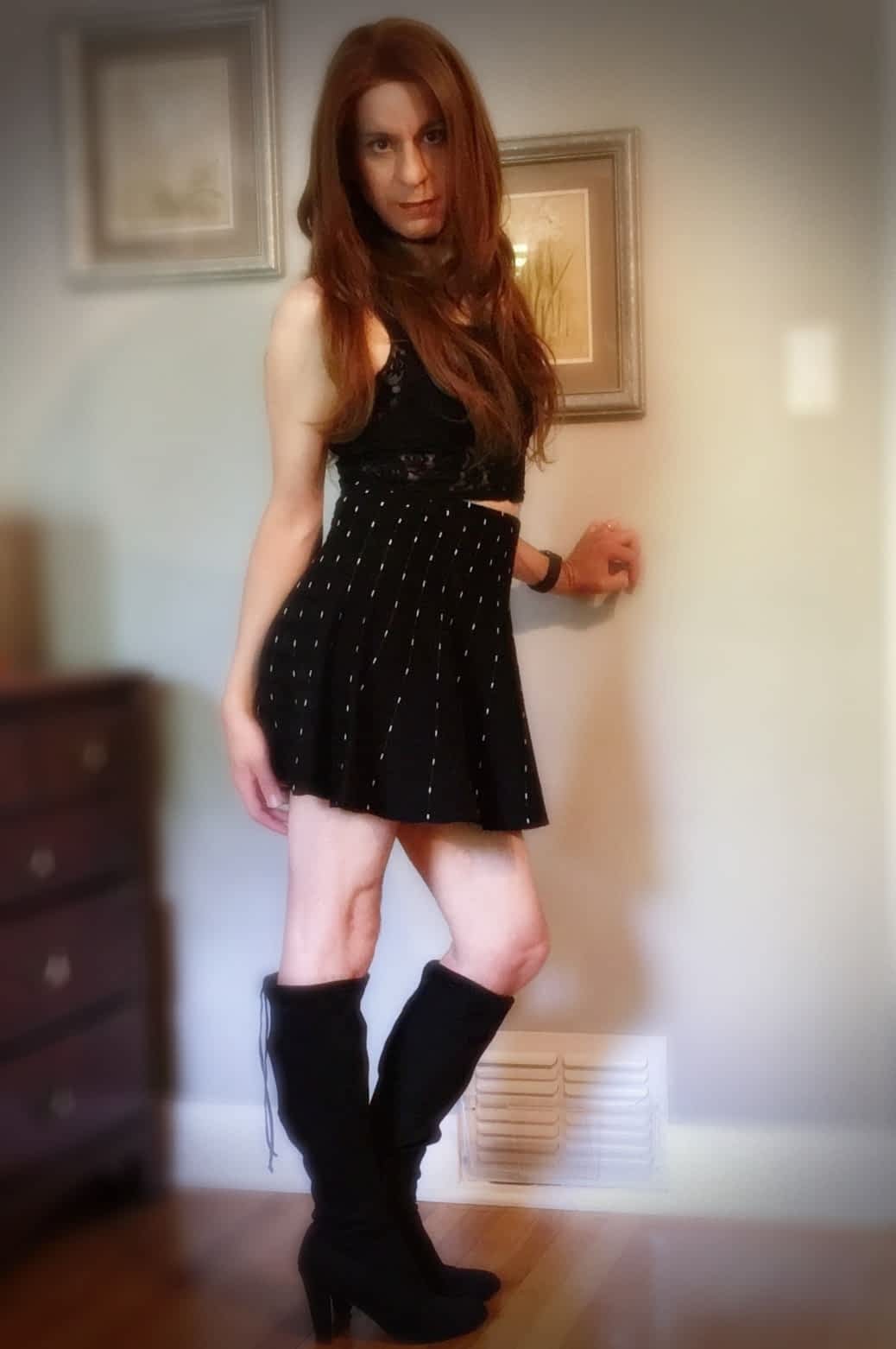 Let’s start off by making sure everyone gets the reference in the title of this piece: if you aren’t watching “Zoey’s Extraordinary Playlist” yet, you absolutely need to. Like, ASAP. Putting aside the unique premise (Zoey can sense others’ inner emotions, expressed as they appear to spontaneously break out into song and dance numbers), and the hilarious cast and witty writing, one of the major characters is gender fluid. It is so absolutely refreshing to see a male-to-female character portrayed by an actual trans actor and as a strong, confident individual.

The character, Mo, gives those of us who vacillate to the extremes of the gender spectrum a lot to think about. One of the most fascinating aspects is Mo’s choice of pronouns. Through presenting in a very feminine way (in fact, for the first few episodes, I wasn’t sure that Mo wasn’t genetically female), Mo uses male pronouns. And not only that but there seems to no confusion on the part of any other characters on the show! Mo is referred to as he/him by everyone, every time, without hesitation. I find this fascinating, given the emphasis that many of us put on wanting to be referred to by the gender we work so hard to present as, and yet here’s a character that is succeeding wildly at presenting as the gender that is not only opposite of their birth sex, yet still prefers to be referred by the pronouns of the birth sex.

In a society that loves to have things sorted into nice, neat categories, this kind of representation is so important in breaking down barriers to acceptance. It also functions as a brilliant illustration of why, as a society, we can no longer make assumptions about preferred pronouns. Do I get annoyed when, dressed in heels, wig, and makeup, I get called “sir?” Absolutely. But I wonder, how would Mo react if he got called “ma’am” by a stranger? The show actually tackled this in a fascinating way, when he meets his new boyfriend’s ex, he asks Mo which pronouns to use, Mo replies “All pronouns are welcome here.” In other words, whatever you feel comfortable with. This perspective isn’t encountered very often (at least in my experience) where most people who present outside traditional gender roles, or somewhere in between, will use “they/them” pronouns. Mo is the first person, though fictional, that I’ve seen present fully as the gender opposite to their birth sex, yet have no real preference on pronouns.

On a personal level, I’m thrilled to have discovered this character. I have so much respect and admiration for those who’ve “figured it out.” Since finally admitting to myself that I am trans a few months back, I still find myself questioning what that really means for me. I’ve spent more hours than I care to count reading transgender stories and journeys, and it makes me wonder what my endgame will be. The idea of putting my body (and my family, for that matter) through massive amounts of physical reconstruction is something I can hardly fathom, especially given some of the post-op recovery photos I’ve seen. It’s almost like, I want to be a woman without having to go through the process! Not to mention, I don’t hate my body – I’m 5’7″ and all of about 135 pounds – but I hate the fact that I have to present myself to the world as male because of the parts I was born with. And this is where watching Mo move through the world, living for all practical purposes as a woman, but apparently (it’s not discussed openly in the show) has made no permanent physical modifications to his body. If nothing else, this has helped me find a place in the world. When I was a kid in the 1980’s men who dressed as women were either perverts and weirdos (see “Silence of the Lambs”), “transsexuals” – meaning men who had full sexual affirmation surgery – or Dustin Hoffman’s character in “Tootsie.” As much as I loved that movie, it drove me nuts that he only seemed to be crossdressing to get a gig. I was jealous, but couldn’t relate. I would’ve tried to drag that farce out as long as humanly possible!

So, it turns out, representation matters: now I see that there are people in this world who choose to live, dress, and present themselves howsoever they feel most comfortable. Mo makes absolutely no bones about the fact that he’s a “he” while wearing some of the most fabulous outfits and looking damn good in them. And if someone calls him “she” – well, that’s just fine too!

You probably saw this coming a mile away, but of course, Lexi has a playlist to share (hence the title – see what I did there?). I’ve been compiling a list of songs about defying gender, which I find both entertaining and inspiring. You can find it on Spotify, under “Killing the Gender Divide” or by clicking here: https://open.spotify.com/playlist/42TFrIWNEbIpeeByqoVghx?si=859052db42b94348

It’s an open playlist, and I’d love for you all to add your favorite songs about gender fluidity or comment below. I’ve even included one of my own recordings!

EPILOGUE: In the weeks since I started writing this article, NBC decided to cancel the show, after only two, short seasons. As of now, it’s still on Hulu, so catch it while you can, and if you’re so inclined, post about it on your social media outlet of choice. There’s hope one of the streaming services may pick up this wonderfully inclusive show.

Awesome! I’d love to hear what you think of it…

It’s an innovative show. Very entertaining. I love the 50 and 60s rock and roll music.

I’m already a devoted Zoeyite. Very disappointed that it was canceled. Not sure what is up with network TV. It appears that they choose volume over quality more and more.

Lovely writing as always Lexi, thank you for sharing

Thanks, Brianna! Hope you are well…﻿﻿

Are crossdressers on the LGBTQ+ Spectrum