Home / Articles / Advice and Encouragement / Brina's Corner / Like me, are YOU a Vanished Twin…? 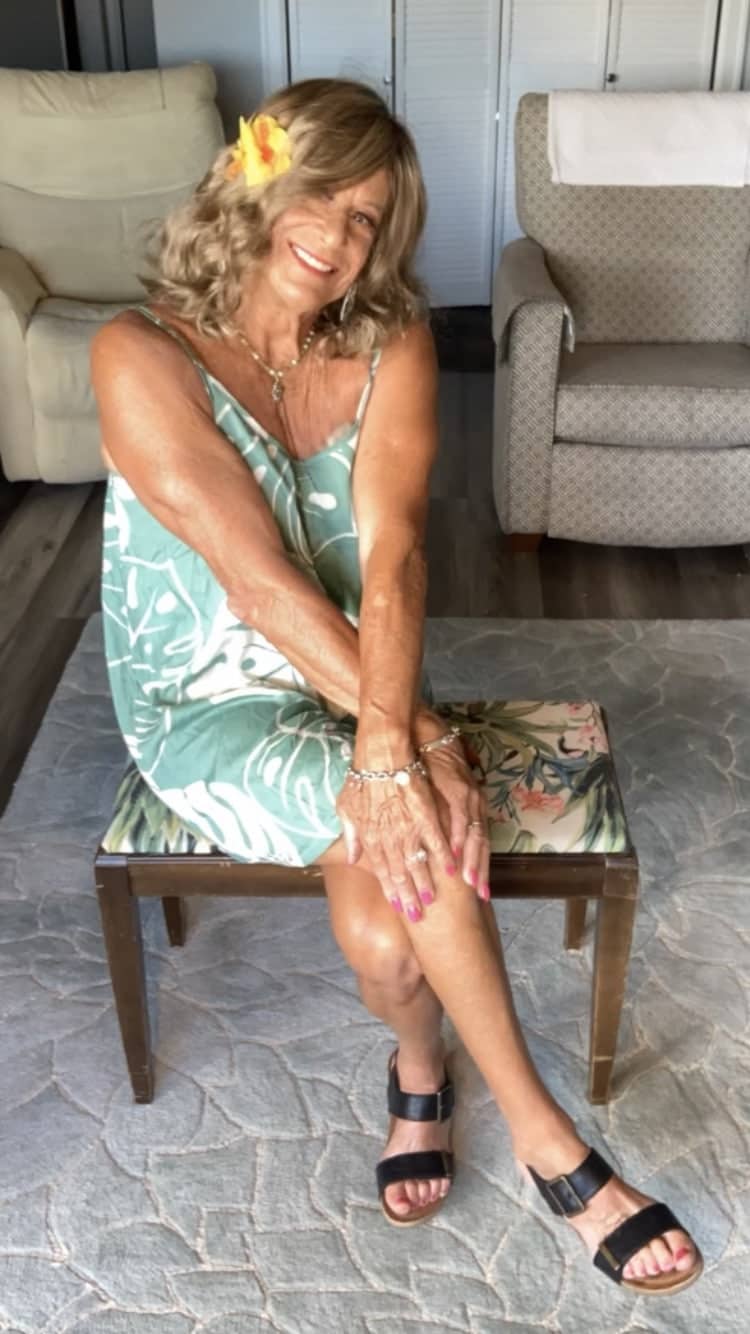 What is a vanished twin? And why might it be important to understanding why you crossdress?

“Are you, your female self, a vanished twin?”

Many in our community needlessly suffer confusion, shame, guilt, and more for simply trying to live authentically within boundaries, expectations, and the rules established by society. Many relationships have been strained or even destroyed because of a misunderstanding from both partners. The answer, for many, may lie in the spiritual realm.

Three disclaimers and a note:

Those of you who are transitioning or desire to do so and with the clear knowledge that your authentic self IS your female side – bless you!

For those who are crossdressers and want to experience all the feminine feelings, being a crossdresser doesn’t define you, but enhances you – bless you as well!

Others, who like me, feel as if two individual people (male and female) live within our one body may relate best to what I write. You are probably in male mode most of the time, and then you slip completely or partially into a female mode, maybe for only a few hours, a day, or longer (bliss.) There is always an awareness of your male self. Perhaps your two authentic selves interact with each other, sharing thoughts and emotions as it is with me. Your female mind and male mind may be very different in their thoughts and desires. They watch different shows, read different books, like different foods, have different sexual needs, and just see the world differently.

My belief is that our body and soul are separate entities. Our soul being who we truly are, and the body is a carbon-based vehicle to get “us” around on this spinning rock.

The analogy: My male body is the car, usually driven by him. However, he senses a female presence—me. For most of his life, he didn’t understand who that female presence was, what she wanted, or why she was even in HIS car. Mostly, he relegated me to the trunk, safely out of sight. Yet even then, I would occasionally escape and get my hands on the wheel! It was confusing to him because he always wondered, “Who is she?”

So… what is a vanished twin? Physically, it is fairly straightforward. Spiritually, it is a little more involved.

What happened to that twin that wasn’t viable and simply vanished? The mother’s body might have physically absorbed the non-viable twin’s tissue or the mother’s body encapsulated the non-viable twin’s tissue and the mother either birthed a “mass” or it became encapsulated as a tumor of sorts. The surviving twin may have absorbed their non-viable twin’s tissue, including its DNA. If the twins were of different sex, this might explain why a surprising number of people have two sets of DNA becoming a Chimera. Some cells having XX chromosomes and others having XY chromosomes in the same body. This sharing of DNA may explain many things, such as intersex individuals, and possibly even gay and transgender issues.

But what happened to the vanished twin’s soul or essence? Where did it go? Or did it…?

I believe our soul melds with the body during the second or third trimester, making us human. I also believe that our souls choose the body and life they want in order to experience what they need to develop.

My brother sensed me in the background. While he loved trucks, trains, mud, and all things boy, he also he loved pretty things, young girl’s clothes, etc. But my brother thought “he” was feeling those attractions when it was actually “me”. It was complicated. “We” struggled with both masculine and feminine desires, likes, dislikes, and emotions. (He didn’t understand “we” then.) People called him sensitive. He wondered if he was gay. My brother was a tugboat captain, paratrooper, and more. And… he loved women – still does! So, who exactly was “I”…?

He had no clue…

He was full of guilt and stress, KNOWING the Devil had cursed him with those unexplained female desires. For sixty years, he kept me locked in the closet. My brother was often depressed (even harboring suicidal thoughts) as he rotated between dressing, thrill, joy, shame, tears, prayer, and purging, trying to live out MY desires.

He went through a devastating divorce (not related to me.) Through the healing process, he progressed from a lifetime of Christianity to exploring Eastern and Native American religions, and slowly towards spirituality. He read, studied, prayed, reflected, sought professional help, meditated, and slowly developed a better understanding of who he and I, we, really are.

My brother became acquainted with his female self and spiritual twin sister. He came to understand that I lived within him in order to protect, teach, and love him – instead of simply passing through the veil. In turn, he protects, loves, and gives me space to learn what it means to be a woman and live as one.

For years, he believed he should transition. In not understanding this duality, he often felt he was a woman. I would have LOVED THAT!!! But it was my “brother’s” physical life, one HE LOVED – and it was HIS physical male body.

Well, my “brother” and I discussed how to share this one body and how to satisfy our desires and needs during the limited time we have left together on this spinning rock. We love, support, protect, and care about each other as only twins can. We accept the fact that it is my brother’s physical body, not mine. He is happily married to a wonderful and supportive woman who loves both parts of “us,” and is known and loved by his grandkids.

Being a pragmatic woman, I accept that most of “our” time should go to him. And he promises to fight for my time. This allows me to be 100% woman during my “Jules time,” feeling, acting, and experiencing the joys, pleasures, desires, and yes, worries facing all women in our world – without guilt. This has made “us” better.

Analogy update: I now sit in plain view. When the time presents, I hop in the driver’s seat, strap in, turn up the radio, smash the gas, and have heart-racing fun!!! I love driving that car – fast! My brother? He’s learning to hang on tight and mostly keeps his mouth shut.

The Surviving Twin Syndrome is real. It carries with it the same emotional feelings which any survivor feels: guilt for not being able to have saved your twin, often resulting in depression, anxiety, abandonment issues, relationship issues, feeling unworthy, etc.

“Does your male self suffer from Vanished Twin Survivor Syndrome? Mine does.”

When not in Jules mode, I’m a happily married retired engineer and grandfather of eight with countless hobbies and interests. Then at least once a week I transform from a caterpillar into a butterfly, a sassy happy 35 year old 100% young women thrilled to live in deep dense pink fog. The reason I CD lies in the spiritual, as I believe I am a vanished twin… Namaste

Possible? Twins do run in my family. Good post.

I Totally understand what you’re saying here in this post and feeling 100% of the time feminine desires even while doing guy things .

I’m glad the article resonated with you, girlfriend!
Hugs
Jules

I never knew this could be a possibility. I’m here at this forum because of something that happened last night while I was alone and starting a week of Wendy-only time. Everything came together: a decent wig, an acceptable “less is more” makeup job, and a perfect outfit. As the evening progressed I felt I was possessed – to the point of talking to the woman in the mirror. OK, there was a “little” weed involved, so there is that. Let’s just say I came away thinking I should look for articles on crossdressing as an indicator of multiple personality… Read more »

Thanks, Wendy!
I’m glad the article resonated with you.
Awww, and yes, a little “brownie” always enhances my Jules time as well. Just a little seems to open me up to my inner female feelings and emotions. I suppose it pushes aside my male in and inhibitions at some level.
Take good care, girlfriend!
Hugs
Jules

Do you have a feminine voice

Would you stop crossdressing if you wife asked, to save your marriage, or other?

Do you keep your toenails painted all the time?