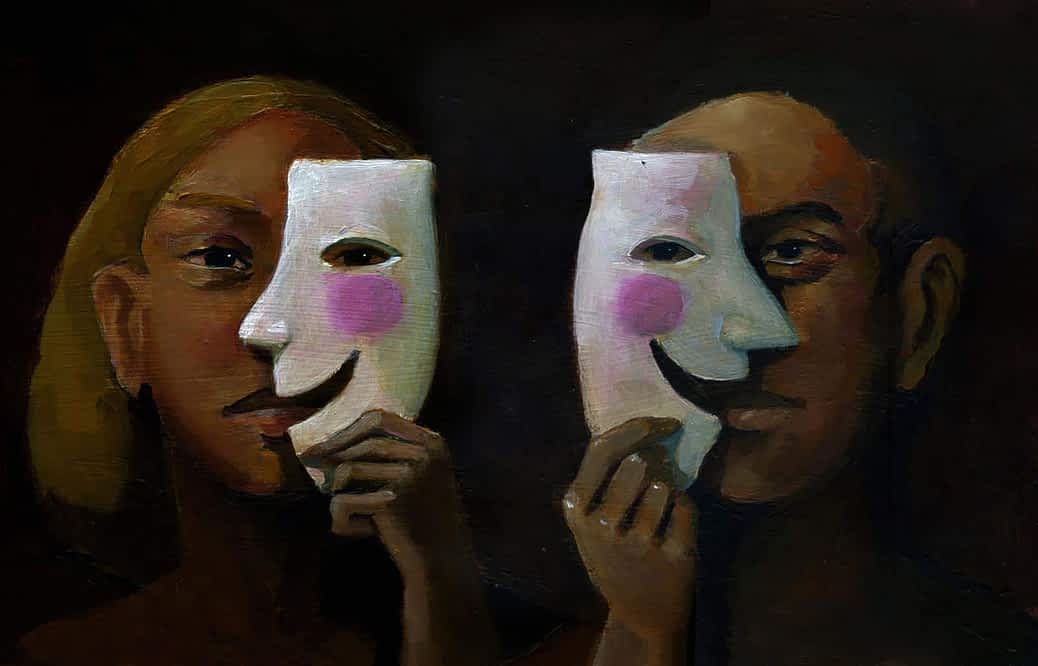 The following Article was received from Linda from the UK several years ago. Her story is equally relevant today. Ed.

I have been following Vanessa’s story on Crossdresser Heaven. I think it is wonderful, some of the things that have been written are quite beautiful, even to a point of bringing a few tears to my eyes, and a big lump to my throat. I am transgender myself.

My wife dying of cancer gave me the push to seek help, it was either that or end things way back then. I was confirmed/diagnosed transsexual in 1989. It was like a great weight had finally been lifted from my shoulders and maybe my soul too. I had treatment under our main GIC at Charing Cross London, in the UK, for 4 years. As I was left with children, the youngest being just over eight and a half when my wife died, it was not only hard, but ended up impossible to move on then. My dear darling son, the youngest, had real problems with it and over it, so in the end I had to put the children first and had to withdraw from treatment as I was unable to transition as required.

I have done some very silly things in my life, like lying to myself, running away from who I really was, but after all my children left home I topped that by miles. I just carried on as I was, living the lie, pretending for them, mainly my son. In fact living my life only for them, how dumb can one get. It was a chance remark from my son over the phone, as we sure were not talking about me at the time. What he suddenly said was “if I (my son) ever hear you are wearing dresses again, that will be us finished. I will not wish to know or talk to you ever again”.
Now as I had not even tried to be the real me in years, it really hurt. I was really very upset and maybe a bit angry too.

After talking to two very dear close friends that knew about me being trans, and listening to their replies and advice, and after a lot of deep soul searching and thinking, I came to realise I was in fact very, very depressed. I was in a way self harming, by just not caring about myself in most ways. In fact, to the point I cared not if I woke up the following day, as it just did not matter to me then in any real sense.

But I have pulled back from all that now. I have made plans to restart my treatment after too long a delay and had my first appointment/assessment at the GIC last May. Whereas the first time it was a living hell with others that knew (due to rumors) about me and were being nasty, this time I am being far more open about my plans for my very near future. I have come out/told a good number of people and have up ’til now only really got very good responses. I have even met a good number as the real me. All are impressed how natural I am. This has explained a great many things about me to others, as to why I act as I do, my mannerisms and so on. It came as a bit of a shock, as I felt I was fooling everyone in the way I acted. I believed I was putting on a very good show of being male to the outside world. Wrong! I had fooled no one it seems, to my many female mannerisms, so I’m told.

So I’ve begun not only on my personal journey to be fully the true me as a whole person, but started electrolysis last year again. I think I have about another year of it, to be able to get to a point were it is all but beaten, the facial hair, then I will transition.

My dear son still has problems with it, but bless him, he has moved a great way over the last several months. Although it started from a point of us nearly going our own ways, he is at last seeing things in a clear manner and has told me he will respect my decisions and stand by me no matter what my decisions are. I already know what I have to do, what is right for me, what has always been the thing I should do. Just be the real me, be the woman I have always been inside. It’s now a case of “look out world, here the real me comes”.

I also have something I never had the first time around when I tried: real, lovely, accepting and supporting friends. Life is getting better and better every single day, as I am learning to love myself fully and who I really am at long last. I have run away from that fact for too long, as I am now 61, but now look forward to a real future as a whole person with all things as they should be, and should have been for years.

One of our sons when was around 20& not doing much (already had two kids) decieded(We believe because of the losers he was hanging around with) told my wife he was not going to let us see the grandkids (they were 4 & 6 I think) anymore if I kept “Dressing” even though I’d been dressing for longer than the kids were alive & not hiding anything— My wife just said—” That’s YOUR choice” We didn’t see the grandkids for about 2 mo. Then everything went back to normal & now no problem with our kids& grandkids & my “Dressing”—In… Read more »

Linda,
What an inspiration you are for those of us afraid to move forward due to worries about the reactions of family. I understand delaying til the kids were grown but am so happy for you that you did not ultimately let your son’s negative comments prevent you from becoming who you were always meant to be! I am not certain of my ultimate path but iF transitioning IS the right path for me, I hope I have he courage to go through with things without worrying about the reactions of a few naysayers.
Cyn

Living your life for others, without regard to your own happiness is the surest way to depression, and in the long run neither you or those you love are happy because of it. I also pushed aside my own happiness until my children were grown, but then I kept it up for years afterwards. An ever spiraling depression downward was the result. When I finally started living for me is when I started being happier, and coincidentally, when those around me noticed the difference – and they were happier as a result. Linda – I hope your transition has gone… Read more »

What a wonderful and yet heart wrenching story which I can relate to in many many ways, there are so many similarities her with my own life. I won’t go into detail here because I will put it in an article myself soon but it so gives me strength to carry on. Thank you for sharing your life with us all
Hugs
Sally