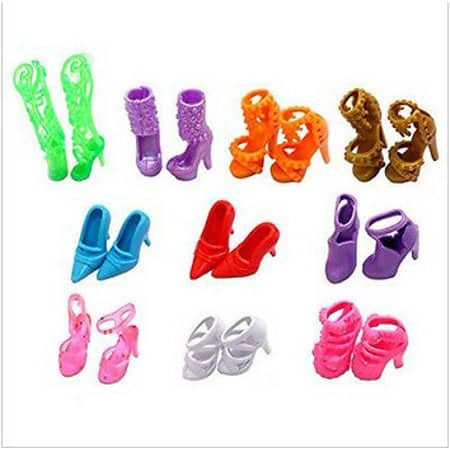 This movie is based on a true story. Marwen is a fictitious town in Belgium. The setting is WWII and the war between the Axis and Allies is in full swing. Captain Hogie is the main character and seeming hero of the story. The movie opens and shows Captain Hogie going down in his fighter plane with a flaming wing. As he crash-lands in a marsh he gets out and suddenly you realize he’s a 12” Action Figure. Steve Carell plays Captain Hogie with a masculine bravado we often think of an American Military Officer. Since his boots were burned in the crash, he finds some new shoes. A pair of very smart stilettos.

I’m very impressed with the way this story is told! I’m a fan of stop animation, however, I think this may have been done with computerized 3-D animation. The 12” doll sequences revolve around the adventures of Captain Hogie and his squad of female soldiers. The female doll soldiers mostly reflect his real female friends. He brings his squad with him most everywhere he goes in town. In his real life these women are his co-workers, neighbors, fellow vets and his caregiver. He works at a local bar and grill and as an artist at his home. In his yard he built the town of Marwen where he takes photographs as he plays out different stories that loosely reflect his real life.

The story of Hogie is one that touched my heart. Hogie is a man who enjoys wearing women’s shoes. He has 287 pair of them in his closet. Often while at home, and sometimes while in town, one might see Hogie wearing some strappy sandals or 6” stilettos but otherwise dressed in men’s fashions. The movie revolves around the reason Hogie has P.T.S.D. and his therapeutic work with photographing 12” dolls. There was a time that he drew beautiful drawings of WWII G.I.’s. He was attacked one night in the bar he works in while he was having some drinks there. A gang of men, at least one of them a Neo-Nazi, harassed him about wearing women’s shoes. Hogie was beat to a pulp within an inch of his life. The film centers on the ramifications of this beating and ends with the court hearing of this hate crime.

What stood out to me was Hogie’s bravery. This hate crime didn’t stop him from being himself. He continued to wear women’s shoes despite what happened. The shoes reminded him of the essence of women. What does this matter to him, you might ask? Hogie believes that women are the saviors of the world. Truly, in his story, we see that the women in his life truly have his back. It has so much heart and is a must see!       5/5 stars

View all articles by Dasia ThePhoenix
The following two tabs change content below.

Tags: abuse Be who you are! crossdresser justice

Love this article! You rock, Dasia! I am trying to find a way to see this movie and your review cinched it for me.

Sweet, Michelle! In a Redbox near you.

Thank you for the review. I have been curious about this movie. I got scared away by all the negative reviews. I wasn’t aware of this aspect of the story. So, I am going to check it out, critics be damned.

I hope you tell me what you think of it. In the meantime, have a taste here: http://marwencol.com/

Howdy Dasia. Thank you for the movie review. I gather “Welcome to Marwen” is the name of this flick. Is it at theatres or on TV???? Your write up is intriging and I would like to view it for personnal reasons. I was a medic in Vietnam and got to be included in the Court Martial of a couple of CD guys. From your description, the movie sounds very oddball, but I would like to see it and how it was crafted for the issue it is seemingly presented. As you know the Military is integrating gays now….CD’S I don’t… Read more »

Hey hey, Dame Veronica, Oh…you betcha. I love to write about stuff. Yup, “Welcome to Marwen” is the movie title and it’s out for rental now in Redboxes, on Netflix and you could buy it at Target as far as I know. Were the court martials for the CD’s for the act of cross dressing or something else? Sad to hear if it’s for CD. I’m so tired of it being an issue in America. Even progressive states like mine are reluctant to make that cultural shift. I know Cisgender Gay, Lesbian, Pansexual, and Bi+ folx are allowed in the… Read more »

Hi Dasia! Thank you for your reply. As to your question about the 2 CD’s. As a minor officer involved in a Court Martial…..I am sworn to secrecy about the whole affair. Let’s just say they were picked up for drunk and disorderly conduct disgracing the US Army in front of their Allies. Dancing and fighting en femme in a known gay bar in Saigon. The Johnson administration had to expect this when they told the Court Systems…blacks and trouble makers were to be offered a certain number of years hard labor or 1 year in Vietnam…all is forgiven, for… Read more »

Dame Veronica, Gotcha about the case. I was given disorderly conduct, by plea bargain(default)and a year’s probation for complaining to college officials about being outed in five classes by my professors in a public college when I began transitioning four years ago. That was under the Obama administration and in MN that has the 1993 Human Rights Act. The college broke Federal and MN State Laws yet….they got away with it. Of approximately 300 students who witnessed it all I couldn’t get one to testify on my behalf. Burden of proof is tough! So, yeah, I understand the situation of… Read more »

Thanks Dasia-I will have to chEck this out!
Cyn

Oh sure, Skippy, hope you enjoy!

haha yeah now I want to see it too!! hahaha