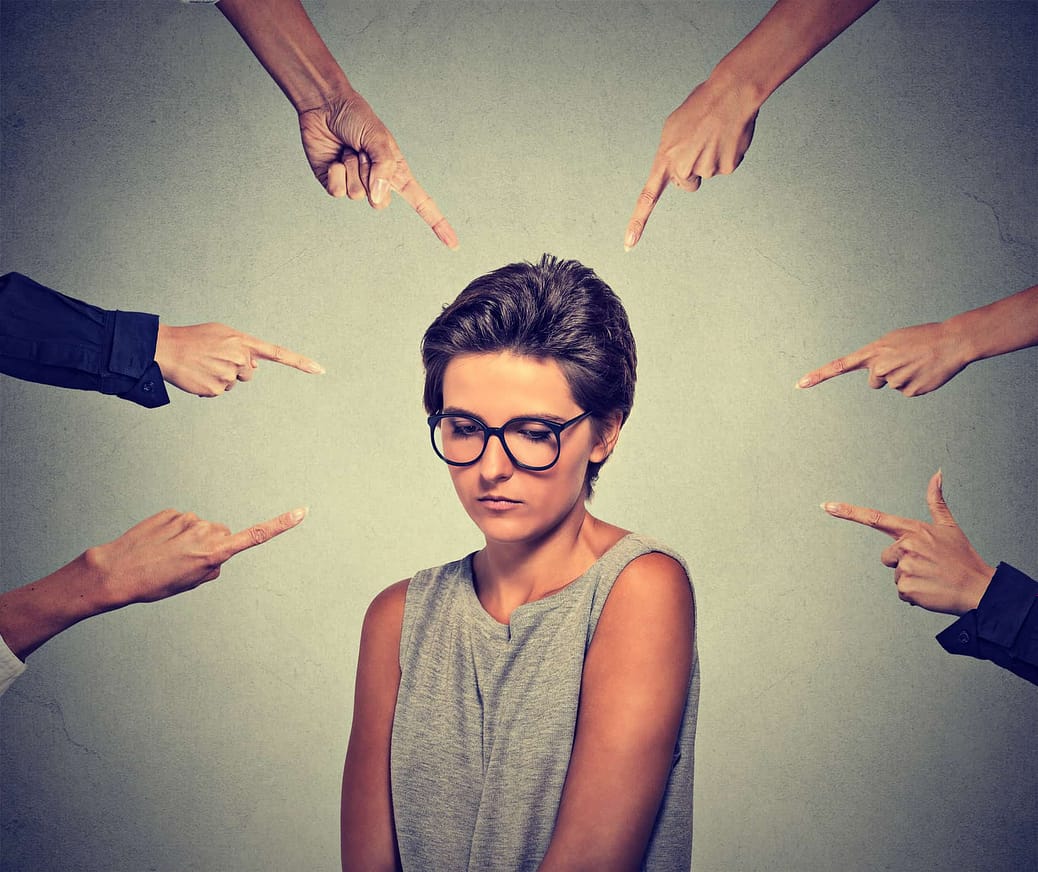 Hi Girls, Patricia here! I want share some of my experiences dealing with  shame and guilt I’ve experienced in my life with crossdressing and other endeavors. I’m sure most all of you will be able to relate to parts of my writing today!

This may be more personal than we are used to seeing, but I am pressed to share these thoughts.

I have been dealing with addictions for most of my adult life. My drug addiction centered around marijuana. “Not addictive” you say? When you don’t stop until the baggie is empty and it causes problems, it is an addiction. I worked on that for a couple years, then worked on codependent issues for a couple years. My last program has been ongoing for about 25 years. My progress has stripped the layers down to a shame-based issue. But where did that shame come from?

Being one of those people who does not spend hours upon hours meditating on the past, looking for answers, I just accepted I was not acting out as much as I used to.

Looking back on the last few months, since I came out to my SO, I have not acted out at all. I don’t have any desire to do pornography or my other acting out behaviors. Intimacy has stopped being a mostly sexual thing and taken on broader aspects.

So, we come back to the questions, where did the shame come and how has dressing helped? I don’t know where I first got the idea to dress, but I do remember when I was about 6, I would sneak into my parents’ room and try on mom’s underwear. On one particular day, a neighbor girl came over and I told her what I did. She wanted to see, so I snuck into my parents’ room, put on something under my clothes and snuck back to my room to show her.

My dad had some college friends over to study and someone noticed. Dad came into my room and caught us. Start with embarrassment of being caught in mom’s lingerie in front of the neighbor girl, scolded, and then dad had to make a lame excuse to his friends. It was just a game, until dad got a hold of it.

The next year, he caught me in bed holding a pair of mom’s panties. Don’t remember how I got them, but I do remember being caught and again being shamed for something that did not seem wrong.

Things were quiet until I was about 12. My grandmother moved in and my parents stored some of her clothes in the basement. I found them and started wearing the things that fit. I was fine for several months, until (you guessed it) dad caught me again. This time he threatened me with a psychiatrist. Now mind you, he had a Master’s in Psychology, but could not see his way to get me counseling. Of course, he would have had to admit his son was a crossdresser and that wasn’t happening in his family in the early 60’s.

My dressing quieted down but the shaming did not stop. I went out for sports, not as a toxic male, but to have fun. I was a wrestler and although I did like to win, it was not the end of the world if I didn’t. I now realize it was the coaches’ jobs to “motivate” me by constantly saying I was not living up to my potential. I kept getting all these “to be a man” messages and told what an athletic and academic disappointment I was. About 10 years ago I started doing affirmations and have gotten over the “less than” feelings.

It did not help that it cost me my marriage when I came out about crossdressing to my first wife . I was in school 15 to 21 hours a semester and working full time. I had been at this for 2 years and was stressed to the max and running exhausted. I don’t know why I chose the foolish move, but I got into bed dressed in her lingerie and she moved out the next day. Not the way to come out unless you really need to shock them. More shame.

But I still had the shame until last August. I had been dressing for about 10 months but had not told my wife about it. I did not want to live in fear of being caught while changing back and forth and adding more shame to the mix. I sat down and told her first. Her acceptance has made a big difference and reassured me that there is no shame in being myself. This freedom from shame and the resultant behavioral changes have been over the last 7 months and are quite welcome.

There will be plenty of people who will try to shame me, but do I have to value their opinion first? A lady misgendered me in the grocery store the other day. My reaction was to wonder what I had missed, should I have shaved or was it my breath? I did nothing to be ashamed of and that is my bottom line.

You CDH girls probably have a similar story relating to shame or guilt you’ve experienced with your cross dressing over the years? If so, please feel free to share your story with me and the rest of the girls here at CDH! We would love to hear from you!

View all articles by Patricia Simpson
The following two tabs change content below.

I was 5 when I started wearing my mother's underwear, was caught & shamed by my father. There have been several other periods, always ending in being caught and shamed by my father. I lost my first wife because she could not handle the shock of seeing me dressed. I told my current wife a couple months ago to avoid the same problem. Now she refers to me as changing to a woman.

i was caught by my grandfather dressed up in my grandmothers dress and nylons and wig, he just told me to put all items back when i was done wit them. i was about 13 years old i am now 56. i was born in 1962 so that would be about 1975. i started with a pair of tights in a school play i was hooked. no one in family knew, my grandmother knew for i guess i did not put away the dress like it was. never talked about it either. x dressing went away for years then came… Read more »

I am sorry to hear that your wife will not join you when you are dressed. I am glad to hear that you feel better when dressed.
I do remember dressing in front of my grandfather once. He said I would make a better girl than a boy. I would have been 9 or 10. No shame there, either.
Keep looking pretty,
Patricia

Patricia-thank you for sharing such a poignant article. I’ve shared my journey in the form of many articles and forum posts over the last four years here(which you can get to by going to my page and clicking forums or articles underneath my cover photo). But I think the biggest thing I learned was that the FIRST and most important part of our journey is to accept OURSELVES as worthy of the same respect and worth as every human being deserves. Vanessa Law-the site founder-rote at least two great articles on this topic https://www.crossdresserheaven.com/from-guilt-and-shame-to-acceptance-and-encouragement/ and https://www.crossdresserheaven.com/crossdresser-shame-secrecy-silence-and-judgment/ which I encourage folks… Read more »

It was a few years ago that I broke the less-than mindset using affirmations. It sounded silly at the time – a sticky note on the mirror, but it worked. NowI have the release from openly dressing and life is getting better.
I will have to read those articles when I get the chance.
Patricia

Great article! Thanks for opening your heart and sharing. Soooooooo many similarities to my story. Absolutely love and agree with “ there is no shame in being myself.”
Emily

I am Danial Hrominchuk. When cross dressed I go by Daniella. When my Mom caught me in Women’s clothes she took me to The Lake Psychriatic Hospital. I was there for 6 months. I my Aunt Margie signed a release form. How I got into cross dress. A boy dared me to wear a bra to School. I bought a cheap one at Zeller’s; I wore it to school the next day under a white t-shirt. The boy said” damn he wore it. I wanted to call him chicken or coward. He must be gay. ” Well I never considered… Read more »

I’m sorry, your mother did not accept you. It sounds like your Aunties had your back!
It sounded like your sisters were ok with it, as well.
Not everyone, will accept us, but as long as we accept ourselves, we will be just fine!

Good day Jessica, My 12 step work has gotten me into the habit of looking at the issues in my life. I don’t do inner-child work, etc but I do work out the issues when they pop up. That is how I came to deal with my shame issues on several levels. The question to start with is where shame is the coming from? Guilt comes from the feelings of doing something wrong. Shame comes from feeling that we are bad people. I know my dressing is not wrong. In fact,I am trans and that is who I am. It… Read more »

Hey,
I definitely believe that my feelings of shame and guilt come from the fact that I’ve always had to be so secretive about what I do and I never met anyone else who dresses until recently. I am still a work in progress it’s only been within the past year and a half I started embracing this side of me and want to present myself this way to everyone.