Home / Articles / Advice and Encouragement / Our other self 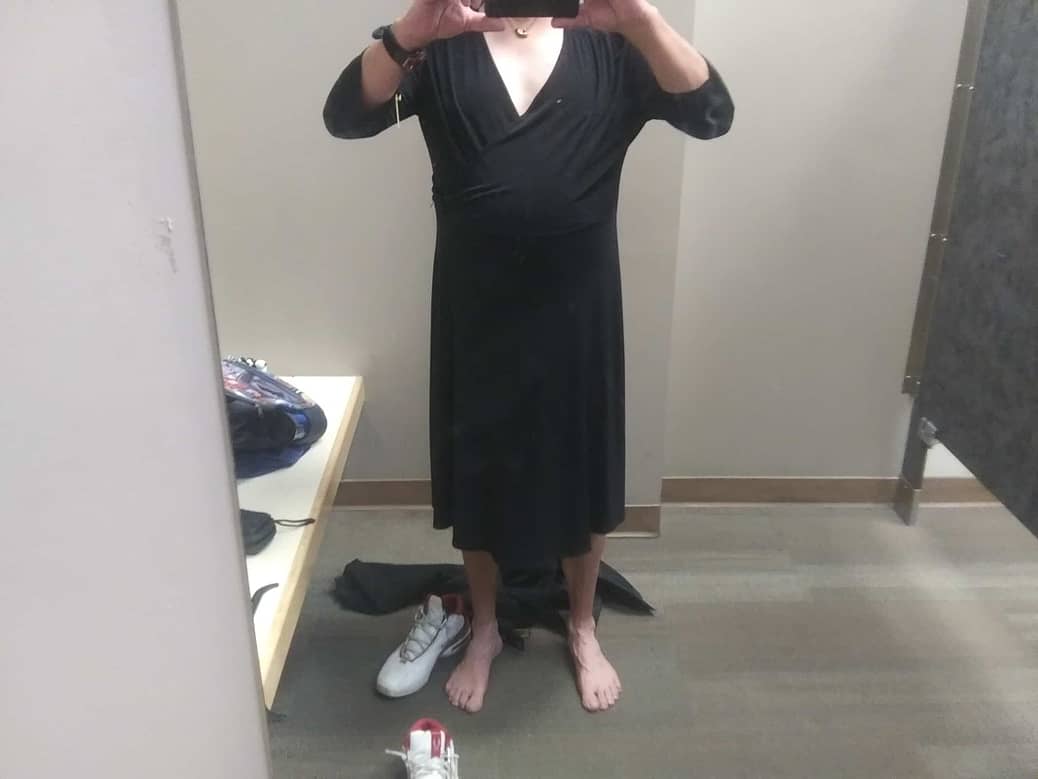 I am going to share by recounting my journey. I was the scared, little girl who would never talk about dressing or being bigender. I started dressing in the mid 1980’s when I was 25. I got a blue knit pantsuit from Lane Bryan and breast forms from a catalog. I don’t remember where I got my shoes. My best friend at the time gave me a beautiful black dress. I dressed in private for many years.

At age 35, I looked into the possibility of a full transition. I wrote the doctor in Trinidad, Colorado about having the surgery done. I took a lot time to decide where I wanted to be a woman full time. NO MORE MALE.  Trying to decide almost cost my life on several occasions. After another ten years and a few trips out fully dressed, I realized that I was both male and female. As my female side gets more time out, my male side is getting stronger, too. He never would have been seen without his shirt, because he was very ashamed of his body. Now he lets me go try on dresses. Ladies, love yourselves with all your differences, because that is what makes you, you.

I don’t understand why people will not accept the fact that male and female are not the only genders. Being bigender has been a very interesting journey. I first noticed that there something very different about me. I have had the ability to tuck well. At the time, I didn’t know how important this would be for me later in life. I always thought that men’s clothes, especially underwear was boring. My family treated crossdressers as freak and dangerous. I didn’t realize until much later how dangerous it could be by not accepting myself as a crossdresser.

I had multiple suicide attempts; three that put me in the hospital. The last one was around eight years ago. I once played football and joined the Marines to demonstrate that I was a real man. Being a Marine ended badly. In October of 1986, I dressed as a woman for the first time but only for myself. It took me almost five years to go out in public. I decided on a pantsuit and light makeup; I went to a bar. I was a very heavy drinker, but knew I had to be careful.

The night was going great, but then I needed to use the bathroom. So to ladies room I went (I had never been in a ladies room in my life.) Thankfully, it was empty. I did what I needed to do. I checked my makeup and a lady came in. She told me how pretty I looked; that made the night. Over the next few years, I rode a rollercoaster of emotions. At the time, I didn’t know that I was also bipolar. In 1993 I wrote the doctor in Trinidad Colorado about going into full transition. I had to spend a lot time and soul-searching to decide if this was for me.

At the time, I didn’t know what I was, so I thought the only option was suicide. I undressed and wrote across my chest, “I am a freak! I don’t deserve to live.” I used a strong stereo wire as a cord, and passed out from a lack of oxygen. I woke up on my couch with the cord still around my neck, but alive. To this day, I don’t know what happened or who saved me.

I started to look into information on people who were both genders, whether physically, emotionally, or in any combination. Unfortunately, my untreated bipolar illness almost destroyed me and my best friend. I landed in prison for the next 11 years, but I learned over time that I was both male and female. I grew to be happy in both roles. Now, when I need Danielle time, because I need a few things to be her on the outside, I go to Goodwill or the ARC so Danielle can try on dresses.

Ladies, what I am trying to say is that you need to be happy with yourself. You may be gay, straight, bisexual, bigender, transgender or any combination of them, and that’s okay. Be you. Love yourself

View all articles by Danielle Silverfeather
The following two tabs change content below.

I am a bigender man. Who been crossdressing for over thirty years. I lost the original account I had at this site

Hi Danielle thanks for sharing your story with us x I’ve been a cross-dresser for many years but I’ve never experienced what you have been through, I’ve always hidden my (other) self away from view as I was brought up in a family that was old fashioned in their views on (abnormal) behaviour, in the 50s and the 60s the only Crossdresser’s were the drag Queens on the TV which didn’t do a lot for people of a different perspective, if not sure if i knew what i know now then i would have had a sex change but I’m… Read more »

To add to my story, my first crossdressing experience was in high school. The cheerleaders asked a group of us football players to dress up like them. Until now I could never say much I enjoyed being dressed. Except for the suicide attempts and the prison time. I wouldn’t change my life.
Love

Danielle-thank you for sharing the poignant story of your life. We are indeed all different though we share some things to. There is definitely a spectrum not a binary aspect o gender identity. I’m so glad you survived those years of turmoil and hope that the rest of your years allow you to live happily as your authentic self.
Cyn

Thank you for your kind words.

One hell of a story. Glad you are still here to tell the tale.

Hi Danelle,
Your story really resonated with me. Thanks for sharing your journey.