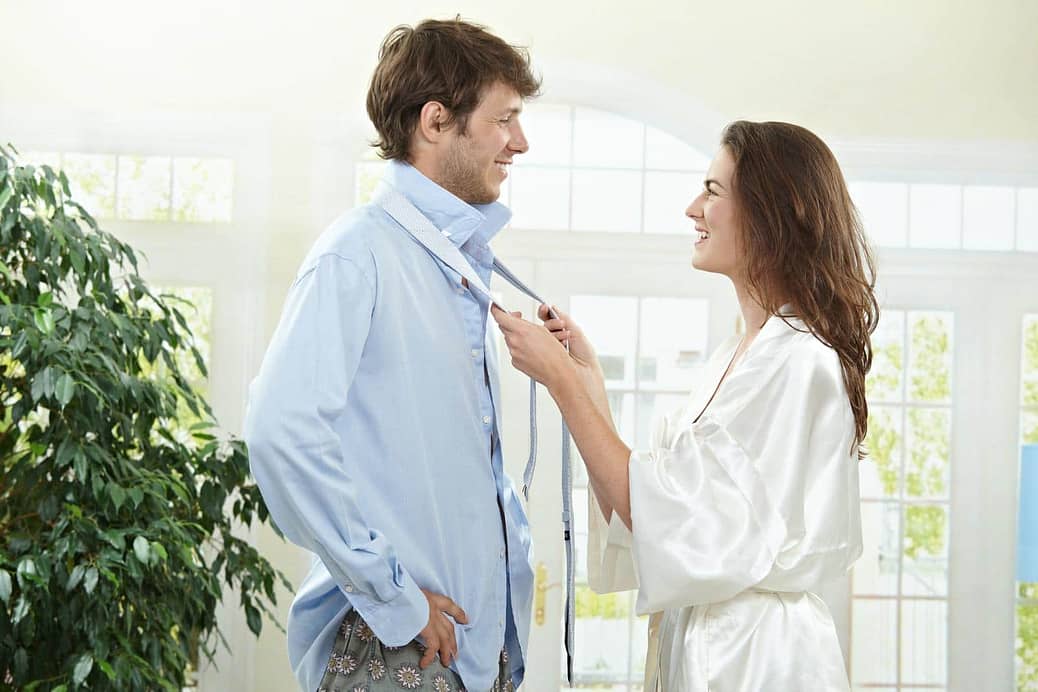 When I finally found a woman who would marry me, I moved out of my father’s house, leaving the meager stash of clothing there, convinced I’d never wear such things again. From the “I do” forward, I’d be normal. I went nearly two years, living in that lie I told myself. Then one day I was home alone and opened the closet and determined that some of those things might fit me. Going to her dresser, I repeated my per-pubescent exploration. It was as if I was nine years old all over again. Carefully, I took out what I needed and began trying on. Some things did indeed fit; well at least I could get them on. That opened Pandora’s Box. The genie was out of the bottle and there was no way to stuff him (or is that her) back in again.

Three years later, and two years after the birth of our first child, she caught me at it. All hell broke loose. She asked questions, a lot of questions. Asked isn’t really a good word for the way the questions were presented. Demanded answers would be a better way to put it. Some were easy. Was I gay? NO! Did I want to be a woman? NO! Then came the hard one… why do I want to wear the clothes? I had never asked myself that one. I didn’t have a clue. One thing I did know, was, it wasn’t going away. The sure cure didn’t work.

The beginning of the beginning. A rocky year later, I began an earnest search for some real answers. That search lead me though some dark places and finally to a national organization for people like me. It was like a breath of fresh air. Therapy I could never have afforded to pay for. They offered a re-mail service where by I could communicate with others in the group anonymously. It cost double the postage, and I spent a small fortune in stamps, but it was worth it. I could tell someone who understood exactly what I was feeling and I could talk about what I did and it was all yea and amen. I heard others say the same things; I heard the triumphs and failures. It was wonderful. At last, the silence was broken… well cracked and a little sound could be made, if only a whisper.

The end of the journey? Not by a long shot. I had much to learn about myself, about cross-dressing and about relationships. It wasn’t all roses at home either. It took ten years to regain my wife’s trust and respect. Ten years of learning to be a good husband, of learning to function as a human being, ten years to be the father I needed to be for our now two daughters. Then light at the end of the tunnel.

It would be another ten years after that before I learned another word to describe myself besides transvestite or cross-dresser. While those two fit, they weren’t totally accurate. They spoke of the actions, and not the person. I learned “androgyne.” Having or possessing parts of both male and female. I discovered that gender was not the same as sex and that while sex is pretty much an either or, gender is a continuum. Most people are not really at either end, but some distance from the middle, small or great. In careful testing of my emotions and psyche I discovered that I’m just about as far from either end as a person can get.

Love your article. They really help put a lot in perspective. My wife has not accepted my choice at all but tolerates.. It has taken me forty years to realize there is nothing wrong with what makes happy .

I like your story and hopefully you will develope a sound relationship with your wife and children (when the time is right to do so) For myself I went through two bitter divorces. Both my ex’s were in full knowledge of my other half before we married, and both used my lifestyle to squeeze every penny out of me in the divorce procedure . I am very happy with my wife (No.3) she is very understanding and tolerant too, but I have to respect her and not take advantage of her good nature, we get along just fine. (I know… Read more »

I too have been crossdressing all my life(50 plus years), A marriage ended because of it but that wasn’t the exclusive reason. I re-married to a beautiful, wonderful woman that is every man’s dream. She didn’t know about my penchant for dressing as a woman, and I didn’t tell her for a long time(fear of rejection). One day she noticed that I was wearing stockings with a garter belt and panties. We spoke or should I say she spoke and I listened and answered her questions as to why, how long, am I gay, do I want to become a… Read more »

Oh… How clearly I recall this phrase she told me… ” I married a man…” Only if I knew it before I said “I Do…” And I was all broken and shattered… She loved me, adored me, respected me until that moment ago and just one thing… This one thing and she is saying… “Only if I knew…” Women has the gift of tears… And they can shed them at will… Men are blessed with rocky heart without a droplet of water in it. So she cried and blamed me for causing the havoc on her and our children while… Read more »