That Ship has Sailed 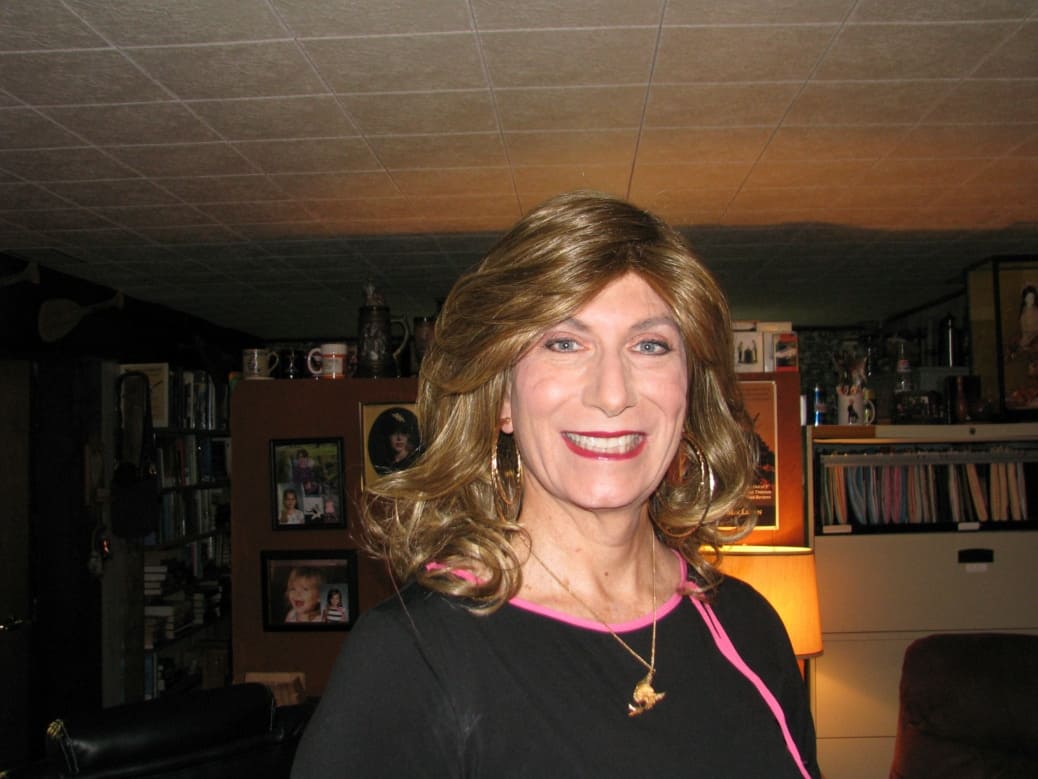 They say with age comes wisdom. It also brings a confluence of memories and wishes. For those of us who see the world as being more than male and female it typically brings more heartache and unanswered questions. I know that I’m part of the new 40 having just turned 60, but as I look at my friends and classmates from high school on Facebook, I see less wisdom and more age. That’s not meant as a knock on them. You know, “Once a… still a…”

What would they all say if I suddenly replaced my male cover photo with one of Brina’s? I can imagine, as I’m sure most of you can also, and to those of you who have actually done it, I’d love to hear what happened. We have a safety net here at CDH where we can choose how much of ourselves (true or otherwise) to reveal to others. Is this the real world or is it Facebook? Yeah, I know, a huge debate that could go either way. Which one tells more truth? More lies? Which one gives us an accurate picture of the “Real World or Real me?”

Has my ship sailed as I become an older crossdresser who has transgender feelings but no idea of what it all means? I worry that my ship to pursue other options might be leaving port without me. My right leg has sciatica in it, (makes walking in those beautiful and dangerous stilettos more difficult and comical) and my body doesn’t want to give me any hope or help in staying fit and healthy. I can honestly say that some days I think about packing it in (not me; all the tapestries that are Brina.) That’s easily overcome and more of a mere prick at my insides as I buy the dress or wig that has caught my eye. No, Brina isn’t ever going into hiding again. Still, I feel like I’m running for the dock and trying to catch my ship before it sails away. And what if I miss it?

Isn’t that the imperative question we ask ourselves, not just in my case wondering if there is a future where I leave my maleness behind for good, but in the way we all watch time race by. Summers pass so quickly now, and birthdays stack up that I sometimes recite the wrong age. That is exactly the wrong perception to have. Believe that time is lost and thus it shall be. Now that I’m 60, I see death as a shadow that stands at a corner watching me consider whether I can generate enough burst of speed to safely cross the busy street without being plowed into by a charging truck. I do, as long as my knee doesn’t give out.

Maybe, I’m just trying to catch the wrong boat. I’m not really interested in the Party Cruise ship, or the fancy yacht, not even a speed boat. My style is more of a canoe down a leisurely river or across a calm lake while taking in the scenery along the way. It doesn’t matter how fast I get there or in the fanciest way, but instead in the peace (much needed) that the journey can offer. That feeling has no time limits placed on it. I won’t lie and say that I don’t wish that what I know now wouldn’t have been great to know 40 years ago. That was a different time, and I’m not sure I would have listened anyway. If I don’t take the time to enjoy the journey what’s the point in going?

This lifestyle is a burden and it’s also a blessing. In my younger days, I saw only the burdens—that’s where I wish I had today’s understanding of things. I still carry the burden, but I recognize and embrace the blessings. I like the kinder me, the more forgiving me, the more understanding and accepting me. None of which would have been there had it not been for the burdens. In a world that preaches diversity but propagates difference and superiority through all avenues, we find ourselves one of the larger targets. The world fears our voices and our visibility. We have allies and enemies, sometimes in the same person as heart and mind are conflicted and societal norms are hard to escape. CDH and TGH are one example of where real change is taking place.

There is a worldwide culture war taking place. Ageless indoctrination is being challenged and if successful, the world will face the biggest upheaval imaginable. A true sense of inclusion means ditching all the labels for the sake of one: human. At the moment, neither side really wants that. Depressed groups have a louder voice when they can claim injustice and demand that others see and acknowledge, as well as accept their label. Those in charge don’t want to undo the existing hierarchy for the betterment of all when they will lose some of their power.

My life matters, my opinions, my pursuit of becoming me (to what end that might be), my role on this site, my words, my treatment of others, my openness to change, and understanding that which I don’t know, matters. I only have to open my eyes and see that there isn’t one ship docked and waiting for me, but an infinite number just offshore waiting to take its place. I hold a ticket that will allow me to board whichever one I choose. Until I do, I will be sure to enjoy the hustle and bustle on the pier, watching the gulls flying in the air, smelling the salt water, feeling the spray of the water, and hearing the sounds of life all around me. Oh, and I will make sure to only cross with the walk sign at the crosswalk and keep my attention on that truck in case it runs the red light.

Brina is from Iowa. She is currently the Managing Editor of CDH and TGH. When she isn't busy on-site, she spends her time writing--more than a hobby, but still seeking that 1st bestseller. Under her male guise, she has 5 published works of fiction and one short novella under Brina's deplume. A recently completed CD novel should be ready in the next year and Brina hopes it can become a series with fun characters.

Hi Brina, your thoughts on what people would think if you posted a profile photo of Brina on facebook,well I did.You only see Cherri on facebook & if people cant handle it then bad luck, this is a side of me that I am proud of , whether I wear drab or fab, I am still the same person.

Great article Brina. Thank you for being you. I told my wife this week so I have hopped on that boat and hoping I enjoy the ride. Thanks for all you do.
Bree

Thanks for the kind words, Bree 🙂 All my best to you!