The Craft: Crossdressing as an Art

Home / Articles / Advice and Encouragement / Crossdresser Support and Advice / The Craft: Crossdressing as an Art 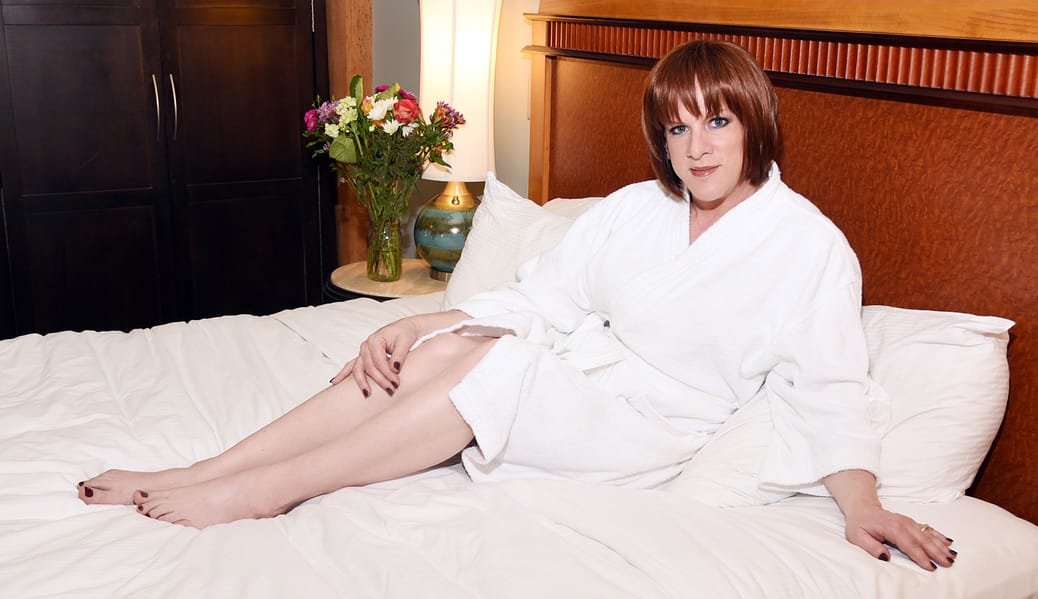 My name is Alexandra Michelle Forbes. Of course, that’s not my real name; it’s the one I picked for my alter ego who I chose to manifest as now and then. In 2006, I picked “Andrea” as a name in order to set up a Flickr account. “Michelle Forbes” was a name I had recently seen—an actress on Battlestar Galactica, as I recall. I have since changed the first name to Alexandra, as that has always been a personal favorite.

A few months ago, I published an article that went into when I became a crossdresser, why I do it, and how it evolved over time to resonate as more of an art form. Today’s article elaborates on this idea further, serving as an introduction to an ongoing series dedicated to perpetuating this art form. I’m hopeful they will provide you with ideas on the technical aspects and serve as inspiration in achieving your own look.

Crossdressing as an art form is not commonly discussed. Typically, the focus is on crossdressing as a stage of gender dysphoria or a type of sexual fetish. I think crossdressing represents a diverse range of male expressions, which in some instances can reveal gender dysphoria but usually doesn’t. Given my own experience and many discussions over the years with fellow crossdressers, I’ve formed an opinion that crossdressing is very common, usually sexual in its genesis, and for many, it becomes something more deeply satisfying.

For me, it evolved from a sexual fetish to a kind of performance art, a means to use my body to superficially reflect an ideal female form to the best of my ability. In a tongue-in-cheek manner, I like to refer to this as The Craft as “crossdressing” just isn’t descriptive enough.

In a way, “Alex” is a label for a character. It represents a body of work, an artistic adventure with a complicated beginning and uncertain future. When I dress en femme, it is an exercise in artistic expression that is skin deep. My objective is not to become a woman or even pass myself off as one when in public, but to use my body as a canvas. It complements my other forms of artistic expression, including drawing, painting, sculpture, and scale models.

I feel I am probably like most artists in that I consciously observe and study my surroundings, taking mental notes. As a crossdresser, this means I study women, specifically their manner, style, makeup, and hairstyles. As a heterosexual male, I also see beauty in the female form and appreciate the same attributes of a woman that all superficial males hold in high regard. All of this comes together, over time, to produce an archetype, a mental model of what I want to look like.

When executing a particular look, the most important thing I consider is in remaining true to myself. By that I mean, Alex’s persona is not one of a fantasy girl; rather, it reflects my personality and preferences. I also like to explore new looks within an envelope of comfort, perhaps in a similar way as in trying new paint colors or entirely new media.

It’s been just over 15 years since I started practicing The Craft in a serious way. Before 2006, I dabbled. Since that time, I’ve made lots of mistakes but mostly I’ve learned how to achieve a convincing look through my practice. In the articles that follow, I’ll be taking a particular aspect of the artform and discussing the inspiration, technical execution, and desired outcome. I will also highlight makeup challenges, wardrobe malfunctions, and failed experiments, always in the context of self-improvement and, frankly, with a sense of humor because this thing I do can be quite funny at times.

I’m also interested to know what you are thinking about and welcome your suggestions for article topics. I look forward to the questions you may have about The Craft. Although I have some transgender friends, I can’t really weigh in on transgender-related matters, as I don’t have any direct experience with the subject.

To start things off, my next article will focus on the total package, the big picture: What is the look I’m seeking to achieve and why?

I’m off to buy some Craft supplies… be back soon!

View all articles by Alexandra Forbes
The following two tabs change content below.

I'm a guy. I like women. I like the company of women, I'm married to a woman, and I like to dress up like a woman now and then because it's fun. For me, crossdressing is an art form and an excuse to meet like-minded folks, not the expression of gender dysphoria. I should note that my photos are not doctored up with apps or significantly modified using Photoshop, though I do adjust color, contrast, and that sort of thing. It is important to me that my photos are genuine, with wrinkles, pores, and all. If they aren't genuine, I'm fooling myself and others. I take this art form pretty seriously, so if you don't have much of a profile, no photos, or your photos are obviously fake or heavily photoshopped, I will probably not respond to a friend request. I'm not here to indulge sexual fantasies, talk about fetishes, or discuss what sort of intimates I wear to work (I don't). My hope is to find people who are interested in discussing "The Craft," or the art of crossdressing. I'm also keen to ponder the nature of sexuality and gender, fashion, and makeup techniques. However, I always try to respond to correspondence - we should all help each other out. I enjoy engaging with anyone, frankly! My Flickr page can be found here: https://www.flickr.com/photos/andreaforbes/

“As a crossdresser, this means I study women, specifically their manner, style, makeup, and hairstyles. As a heterosexual male, I also see beauty in the female form and appreciate the same attributes of a woman that all superficial males hold in high regard”. @Alexandra Forbes, I think this line you wrote hits the nail on the head for me. I am constantly studying woman, their manner, style, makeup, and mannerisms. Thank you for all three of your well written articles.