The Heroine in Your Story is You 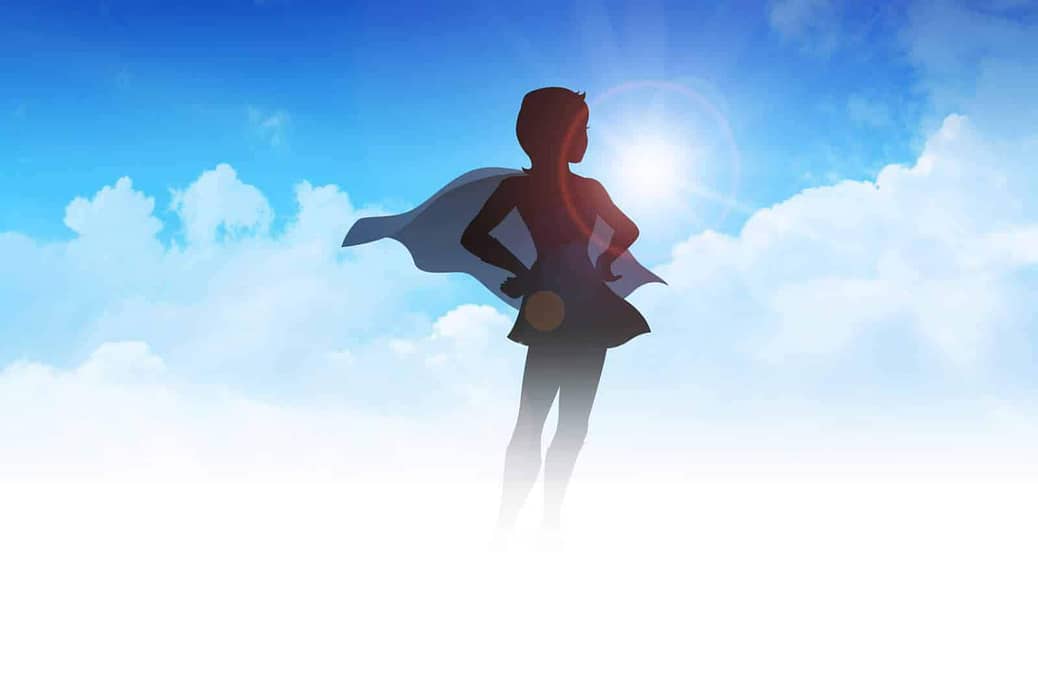 Much of my life’s work for the past two decades has been devoted to the study of mythologies, archetypes, and the hero’s journey. While it is impossible for me to summarize all that means here, I will say that the heroic path requires that we heed the call to adventure.

What does that mean? The call to adventure is that which asks us to deviate from what is easy. What is easy is doing what you are told, what is expected of you, and not questioning it as you muddle along through life. This sort of thing was never fulfilling to me, and after a major turning point in my life in 1994, I began to not only question but to reject the idea completely. As such, your heroism can come from many places. There is no doubt in my mind that our members are part of a heroic group of people who challenge gender norms and stereotypes.

One of the reasons why mythologies endure is because they provide archetypes, which are examples from which you can draw inspiration and strength. Be it someone who faced similar challenges, who shared traits with us, or who we identified with for whatever reason.

Often it can be difficult, or too abstract, to turn to mythological figures and heroes of the distant past and relate to them as archetypes in a modern context. While these archetypes have evolved over time, taking into account the evolution of civilization, they remain much the same. It becomes easier to find more modern, more relatable figures from modern mythology. What is modern mythology? You can find it in pop culture, in the entertainment media, as well as in books and stories.

Some heroes are extremely obvious. Their abilities and near invincibility recall the heroes of ancient mythology. Others may be less obvious, their heroic deeds overlooked by many as something less that heroic. Does a hero have to kill the enemies, save the city, or rescue people from burning buildings? Those are the obvious heroes. But a character who faces agoraphobia, living in terror, but eventually takes the step of going outside, that is a heroic journey. The value of the journey is not decided by external forces, it is determined internally.

There are some people for whom going out dressed in their female clothing is absolutely terrifying. For others, it may seem absurd for someone to be so petrified of how they would be perceived that they would experience that kind of terror. The journey from one’s living room to the curb in the fabulous outfit you just got can be incredibly heroic.

Transgender heroes and heroines are somewhat limited, but they are out there. One I’m fond of is Nomi from the Netflix show “Sense 8.” A heroic trans character, where her gender identity is not the central issue is rare, but Nomi is one such example. The heroine that inspires you does not have to be transgender, or to have any gender issues whatsoever. The nature of the struggle is what is important. Who is a strong female character you draw inspiration from?

Years ago, strong women were rare in television and film, and if they were strong it usually meant they had wicked intentions. Even those that were strong would maintain female gender stereotypes. These days there is a plethora of strong female characters who struggle with rejection, because they don’t conform to someone’s idea of what a woman is supposed to be.

A character like Brienne of Tarth from Game of Thrones, who rejects gender norms and deals with a great deal of mockery, can be an inspirational figure. It is something in which you can identify with as a member of this site. Combined with her strength and sense of honor, you can see an archetype emerge that can have power within our community.

It is all about what and who you identify with. Which characters face and overcome odds that feel familiar to you? Which deal with things in a way in which you can relate? Whose struggle in a fictional story evokes strong emotions in you? In movies and on TV, they are not real people, even if they are portraying a historical or modern day figure, they are still actors.

Those strong emotions we feel when immersed in a story in a book or on the screen come as a result of identification. You may identify with the character, with the situation, or both. The struggle might not be the same as ours, but we can identify with it.

So many here on Crossdresser Heaven struggle. Whether it is with acceptance, confidence, or any of the many things we struggle with, the archetypes we identify with are both inspirations and models. Not because we want to be exactly like them, but because we identify with their struggle, and when they overcome the odds it reminds us that we can as well. Maybe not tomorrow, maybe not today, but that inspiration settles into our subconscious and stays with us.

And it reminds us that our most self-defeating thought, the one that tells us ‘we are the only one who feels what we feel,’ is never really true.

You are the heroine of your story. The road you take is defined by you. Inspiration is what fuels the journey.

I love Sense8 and I really love Nomi. I found her to be an awesome character.

Nicely written Cap. This gives a deep and thought provoking view on being a hero at any level. I am sure that we have many heros among our membership and those able to inspire others. I imagine there are so many stories yet to be written. I hope that your words inspire a series of articles from our diverse international community.

Thanks for writing this. Since accepting and exploring this part of my life, I have begun to see characters like Nomi, as very inspirational. Then again, I remember finding Chihiro, from Spirited Away amazing and related to her as well.

Spirited Away is by far my favorite animated film.. the character of Chihiro / Sen is so wonderful and powerful

Cap’n-as usual your imagery captures the imagination. I have indeed found heroes here on the site whose examples gave me the courage to express Cyn’s spirit. The obvious example is Vanessa herself whose story was chronicled by the early years of CDH when it started as a blog site over ten years ago and continued as she gave of her time, money and love to repurpose the site as a place where the entire TG community can come for support. I won’t embarrass anyone else by calling them out but they know who they are-in MOST cases that is. There… Read more »

Reading your words always brings me up when I am down Cap. And I have been down a lot lately. Thank you for taking the time to make us all feel welcome and special. And heroes in our own way.

Cap for years I too studied the hero’s journey through mythologies all around the world and folk-lore. I too feel that there are many hero’s in the non gender conforming community. One such hero has been there for me from the start of my transition. She is a real life hero to me because she puts her self out there unapologetically and educates weekly both members inside and out of the community. I’ll share a link to her blog I would recommend to anyone CD/ Trans / or Cis. http://www.faithdabrooke.com/ . Over the last year my life has been blessed… Read more »

Dionysis……….That is a great article you wrote and very inspiring….lead on My Captain!

Hmmm . . . Haven’t gotten to Sense8 or Game of Thrones yet. Interesting, definitely moved them up the list of to see {ahh, next when I finish Luke Cage I’m episodes into already. I’ve always liked when a lady was/is portrayed as a independent strong person. The damsel in distress or one that needs saving never seemed real or a plausible portrayal of real women. Yet these stereotypes remained in written, audio and visual presentations. Those making the decisions of what gets produced “probably” thought . . . Nobody will spend money on something where theres a heroine. Jhon… Read more »

Oh yeah, forgot . . . “Hit & Miss” a British TV series is rather interesting to watch and think about. Was on Netflix {long time then suffered from upgrading to “New Programs”}. Is on Youtube but have to look to see the episodes in order. Least it’s still out there.