The Last Temptation of Lexi 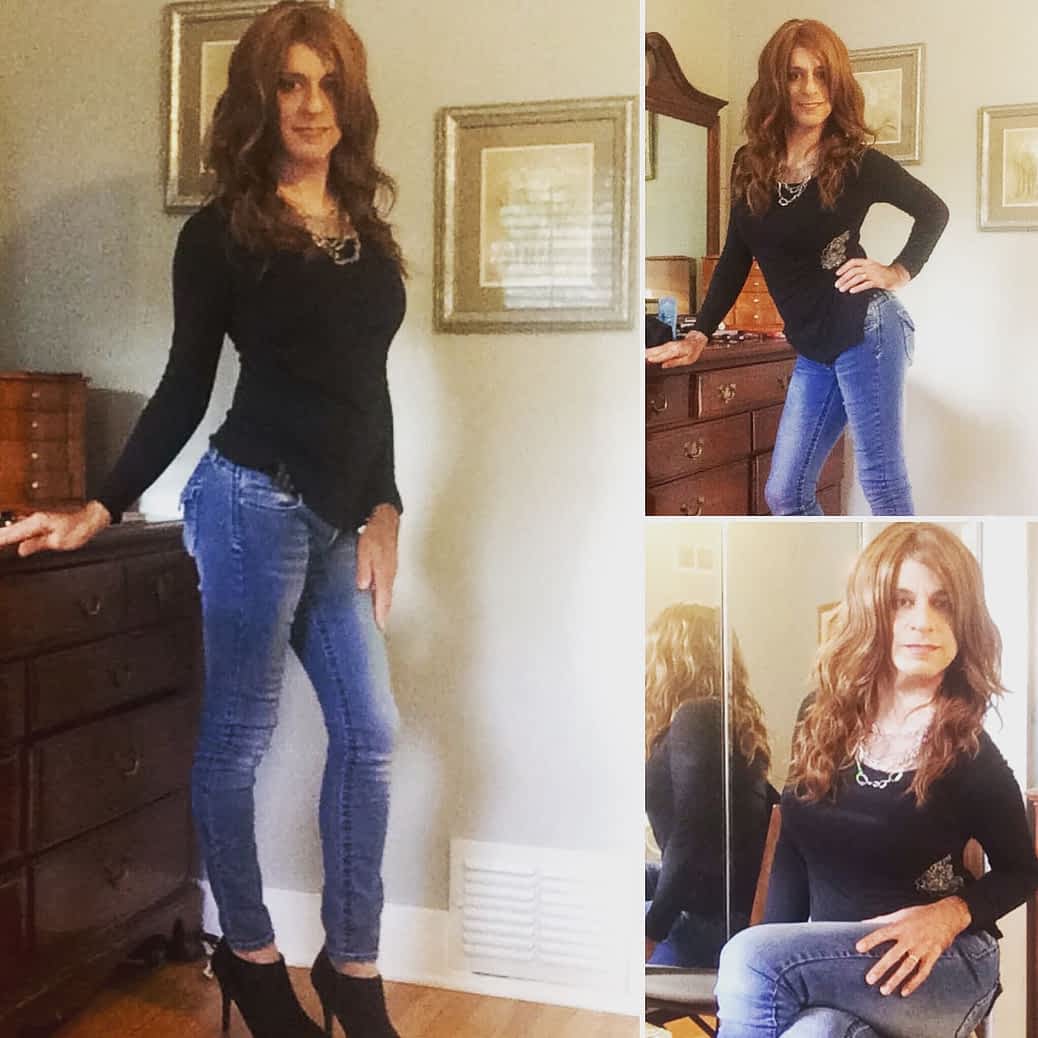 CDH, I have a confession to make…I’ve been cheating on you. It’s not easy for me to say this, but I must come clean. I suppose you’re probably wondering who she is? Well, she’s really popular, but also really “easy.” Everybody users her, but I found out the hard way, you can’t trust her. She’s ultra- needy, and ends up sucking up all your time, but gives you little love in return…

Who is this wicked temptress? OK, I’ll just tell you. She’s known as Facebook.

What I was I doing with an easy slut like that? Well, as these things often do, it started innocently enough. If you’ve followed me here for a bit, you’ll know that I’ve been promoting a collection of songs I recorded over the past couple of years. After trying to garner some interest just through my Flickr account, I knew I was going to have to go bigger. I needed to develop a social media presence as the “artist” I was trying to present myself as. I already had an Instagram account that I had been lying dormant, so I converted it to a business account. Then I started a Facebook account so I could also create a band page to promote the music and linked the two accounts together. Now all I needed was some followers! I found a couple girls that I knew from other sites, and once you make a few friends on FB, the request floodgates open. I started accepting every friend request that came my way, and trolled other “friend” lists to get even more contacts. Of course, every “friend” I made also got an invite to like my Lexi Moon band page!

Since the whole point of having a social media account is to build a community and talk directly to your fans, I started spending what turned out to be an inordinate amount of time on Facebook, liking and commenting on posts, trying to make more friends, and wracking my brain to come up with new and interesting ways to get some fans for my music. Before I knew it, I had almost 1700 “friends” and close to 500 followers for my artist page. All this effort resulted in basically two things: 1) Two purchases of the album through my Bandcamp site, 2) a handful of Spotify streams.

Now, please understand, I am not telling you this to get sympathy or be a complainer. Music promotion is hard, and people are busy. I get that. It was an experiment in trying to see if I could leverage thousands of online followers because I’m a crossdresser into music streams or sales. There was no evidence to suggest it would work, but at least I can say I gave it the old college try. However, I certainly learned a few things about what it’s like to be a crossdresser on Facebook. If you’ve never had the pleasure, here are my key takeaways:

1. There are a LOT of crossdressers in the world. I mean…mind boggling.

2. Middle Eastern guys really want to be Facebook friends with crossdressers. (Nothing against anyone from the Middle East. I just couldn’t get over how many friend requests I got from that demographic!)

3. Nobody really seems to care about anything besides what you look like. I know – shocking! That’s why we do this – showing off our clothes, legs, makeup, what-have-you. But literally any post I made related to my music, even if there was a sexy picture attached, was basically ignored. Maybe, if I was lucky, 1 or 2 likes. But post a few photos with no context, and watch the likes and comments roll in!

4. On the flip side, I found myself getting super-annoyed by the political discussions. I get enough of that on my regular Facebook page, that last thing I needed was more of it. I need Lexi to be an escape from the crappy year we’re having and going over there and having to sift through more political crap just made my blood boil.

5. Many crossdressers on FB are so needy! First off, no matter what time of day I logged on, there were a handful of girls who would instantly ping me on Messenger and want to chat. And usually the inane, “what are you wearing?” type stuff. Don’t you people have anything else to do besides chatting on FB all day? And they’d get cranky if you don’t response quickly enough. Even worse are the ones that troll for comments. “I hate it when I leave a comment and you don’t comment back…” Ugh. Exhausting.

I suppose, in the end, I’m only griping about this because I’ve not encountered this sort of behavior in any of the other online communities for crossdressers that I’ve been a part of. Typically, it’s full of interesting, supportive folks who genuinely want to connect over this unique bond that we share. I’ve often said that in the cesspool that is the Internet, the crossdresser community is a shining example of a community that is nothing but positive, where we strive to lift each other up instead of tear each other down. And that’s not to say that there wasn’t some of that on Facebook. In fact, I met a few great girls that I’m going to miss chatting with. I sent them IMs before deleting my account with my contact info, in the hopes that we can keep in touch. But having to contend with all the above actually caused my anxiety levels to spike. I was becoming a “like” whore myself, spending way too much time and effort chasing validation and compliments.

This all came to head as I was watching the Netflix documentary “The Social Dilemma” last weekend. I’ll spare you the details, but it dawned on me that Facebook and Instagram were turning me into a 13-year old girl. All that stuff they say about depression and anxiety in teenagers growing because of the time they spend on social media? Yeah, they aren’t making that up. It happened to me. So, I made the decision right then and there: I was done with Facebook. It wasn’t working out as I had hoped for music promotion anyway, and the cost to my mental health wasn’t worth it. Just coming to that realization, even before actually deleting the account, was like a weight being lifted from my shoulders.

I almost quit Instagram too, but because it’s all about photos, I realized that there are aspects of it I would miss. IG also has useful tools for making it be the experience you want. So, I switched it back it to a regular account, made it private, and pared my list of followers way, way down. Pretty much all cis-guys, and anyone who didn’t have a profile pic and more than a handful of photos, are gone. Again, the sense of relief that came from suddenly not caring how many followers I had and how many likes I got was palpable. And in the long run, shows evidence of my further growth as a crossdresser. I’m good with me, and don’t need to world to back me up.

I’m sorry I’ve been gone so long. CDH is a great community, and I’m looking forward to reconnecting with you awesome ladies. Stay pretty!

I watched the social dilemma too and almost quit the internet all together lol. Great post hun

Lexi, thanks much for this article! You’re telling us exactly what we need to hear. This last year, I’ve tried to unfollow a lot of stuff, including some longtime “friends”. All the negativity is just that; negative. Can’t we all just be friends, and have positive and supportive conversations?

I have almost the exact same experiences as you with so many things! Thanks for posting! Number 1-yup 2- OH Hell yes! 3- yes, on Twitter I do see some more emotion however 🙂 4- YES seeing LGBT supporting those that hate them is so…. 5- CD’s and MEN who complain if you don’t answer in 10 seconds! ARGH! I think the important thing is not get bogged down with social media and use it as a tool rather than a “life” that so many fall into! 🙂 Stay pretty!

That’s exactly right – it’s so freeing to not feel like your beholden to this monster time-suck! I”m glad for the people and friends that I’ve made, and that’s good enough. I don’t need to be an internet superstar!

What a powerful journey through the socials! I’ve had similar experiences with Facebook, and it does have such a strong negative effect if you let it.

Thanks, Vanessa, it’s good to be back!

Welcome back girlfriend! I missed you!

Although I haven’t watched Social Dilemma yet, I have similar thoughts about Facebook. Perhaps because I used to follow anyone or any page who drew me a slight interest, my Facebook page (boy mode) became a complete mess and I simply quit wasting time on it. Sometimes I enter and give some likes, but the frequency is much lower than 1 or 2 years ago. However, for Instagram, my usage increased. I’m still struggling to get rid of so many people I follow but I decided to create a separate, girl mode, Instagram account, just to follow some make-up, shoes,… Read more »