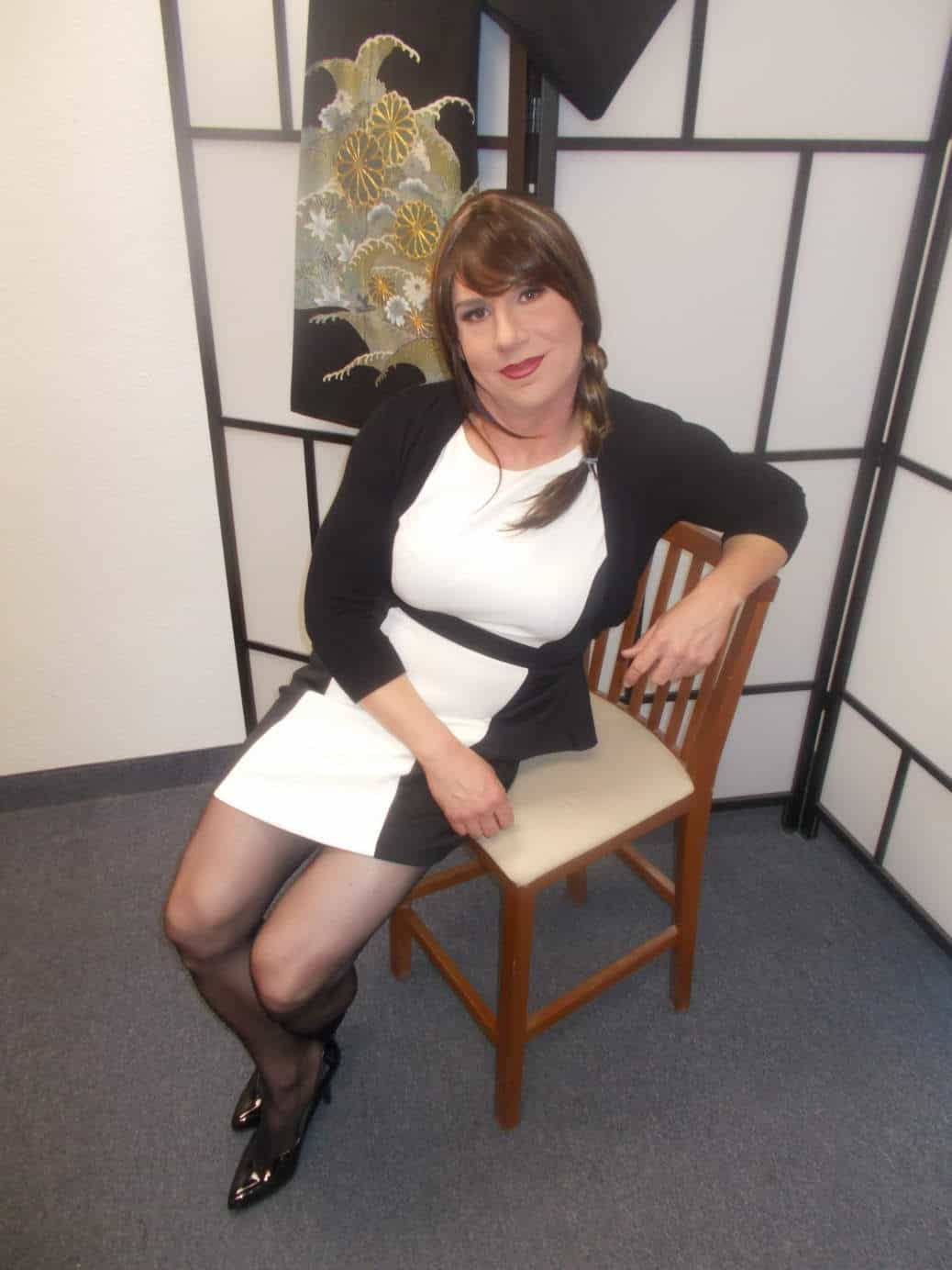 Like many crossdressers, I dressed secretly for a lot of years, wearing my mom and sister’s clothes. On Halloween, 2017 I got brave and went to a local night club dressed as Elsa from “Frozen”. My makeup wasn’t good, but nobody cared; it was Halloween. Four months later, I decided it was time to visit “Just You boutique” in Vegas. I’d heard about it years ago while in college, but never had the time or money to make the trip.

I’d just gotten $1500 from the IRS and had four days off from work. It was time to go further on my journey. To those who don’t know, Just You Boutique is a place that specializes in male to female transformations. It’s located in Vegas and run by a beautiful full-figured redhead named Amy. For $500 you get a wig, an outfit you can keep, and a makeover. I called Amy a week ahead to schedule my appointment, telling her my sizes and hair color so she could have wigs and outfits lined up.

I arrived in town on Monday and spent the day visiting sites nearby, such as ghost towns and Hoover Dam. Later, I went dancing at Gilley’s. I couldn’t sleep that night because Tuesday was the day when I’d really let the woman inside me out of her cage. I arrived at 11 am for my appointment. It was a small, two-room shop, which consisted of Amy’s office and the dressing room. Amy instructed me to go into the dressing room, put on the bra, panties, nylons, and heels. I should select an outfit and let her see me in it.

I tried on several outfits and we agreed that the black and white mini dress was right for me. She did my makeup and used surgical tape to lift my cheeks and eyebrows. We tried several on wigs and selected the longish, high-lighted wig. Afterwards, she took several photos of me, and then hugged me.

When I stepped out onto that Vegas sidewalk, I felt alive. It felt so good to be out in broad daylight wearing a beautiful dress and able to feel the cold wind on my nylon clad thighs as I listened to sound of my heels clicking on the concrete. I got to my rental car and headed to Anaheim. The next day, I’d be going to Disneyland. As I made the five-hour drive, I kept looking in the rear view mirror. I was blown away by the reflection of a beautiful woman looking back at me. Amy had done a great job!

I practiced raising my voice a few pitches to sound more feminine; eventually I’d have to interact with people. My first contact was with the border guard at the California state line. He asked if I had any plants, and then said, “Have a nice day ma’am!” It felt so good to be called ma’am. I stopped at a Del Taco in a truck stop near Barstow. The girl behind the counter also called me ma’am. A truck driver asked where I was headed. I told him I was going to LA to meet a woman I met on a lesbian dating website. His eyes got big and he said “Oh, you’re a lesbian?” I nodded and he walked away looking disappointed.

When I got to Anaheim, I checked into the motel. Using my best feminine voice, I told the beautiful 20-something girls behind the desk that I had a reservation, giving them my name. When they asked for my ID, the cat was out of the bag. I handed them my male ID. They said how surprised they were and how beautiful I looked.

After dropping my luggage off in my room, I walked around Downtown Disney. I tried on dresses at some of the stores. Everybody addressed me as ma’am. Finally at 11 pm, I had to take the makeup and wig off. Sadly, this was the last time for several months before I’d get the chance to be made up again. The next day, I wore my panties under my male clothes to Disneyland. It was a fun trip though it was short. I now have my own makeup and the knowhow to better apply it. The next trip I take, I hope to spend the whole time as a woman!

View all articles by Christine V
The following two tabs change content below.

I've always admired women's clothing and used to wear my mom and my sister's clothes. I'm a straight macho guy who youd never expect this from. I went out dressed for the first time Halloween 2017 dressed as Elsa. I learned the makeup from youtube. In February of 2018, I went to a boutique in Vegas that taught me how to do makeup properly and gave me a wig ,shoes ,and dress. It was a fun experience. Read my article "Vegas to Anaheim" if you'd like to know more.

Oh wow! Christine! great story and also a stark reminder of what i am missing out on. That must have been great to be called maam. i would have been so proud 🙂 . Well done, i am so proud of you, what a huge achievement. I really must get my act together and actually go someplace!!! thanks for sharing your article, it was very inspiring to me xx

Yes, it was so nice to be called maam. I felt so beautiful that day. I forgot to mention that in addition to not being able to stop looking in the mirror. I looked over at other cars and saw these fat ugly biological women and said to myself, “I look better than her and I’m not a real woman!”

Beautiful story Christine. What a trip. So nice you could go with confidence which I know was bolstered by the way you were treated. You look so pretty and happy in your picture.

Join the discussion..Thankyou,and I felt very beautiful that day.

Such an amazing story! You look amazing too! I love the part where you handed your ID when you checked in at the motel! Brilliant thank you for sharing!

Thankyou, I’m glad you enjoyed reading my story. There is no greater compliment then having two beautiful genetic girls tell you that you look beautiful.

I’ve been to Just You in Vegas. Amy is an absolute sweetheart. I love her.

What a great story Christine!

Thankyou, It was a memorable experience!

Absolutely loved your story, just look at you in that pic- you deserve every bit of woman attention coming!

Thankyou Carlene, I’ve never been much of writer, but I’m pleased to hear someone enjoys my story.

You absolutely can write very nicely dear, time to keep a journal?

Thanks for your story Christine! You make a beautiful woman!
I would love to be made over professionally. Maybe one day I will muster the courage.

Thanks for the encouragement Christine!﻿ ﻿ I just ordered some makeup to try and work on myself for now. Baby steps for now…