When The Summer Is Over

Home / Articles / Hope and Light / When The Summer Is Over 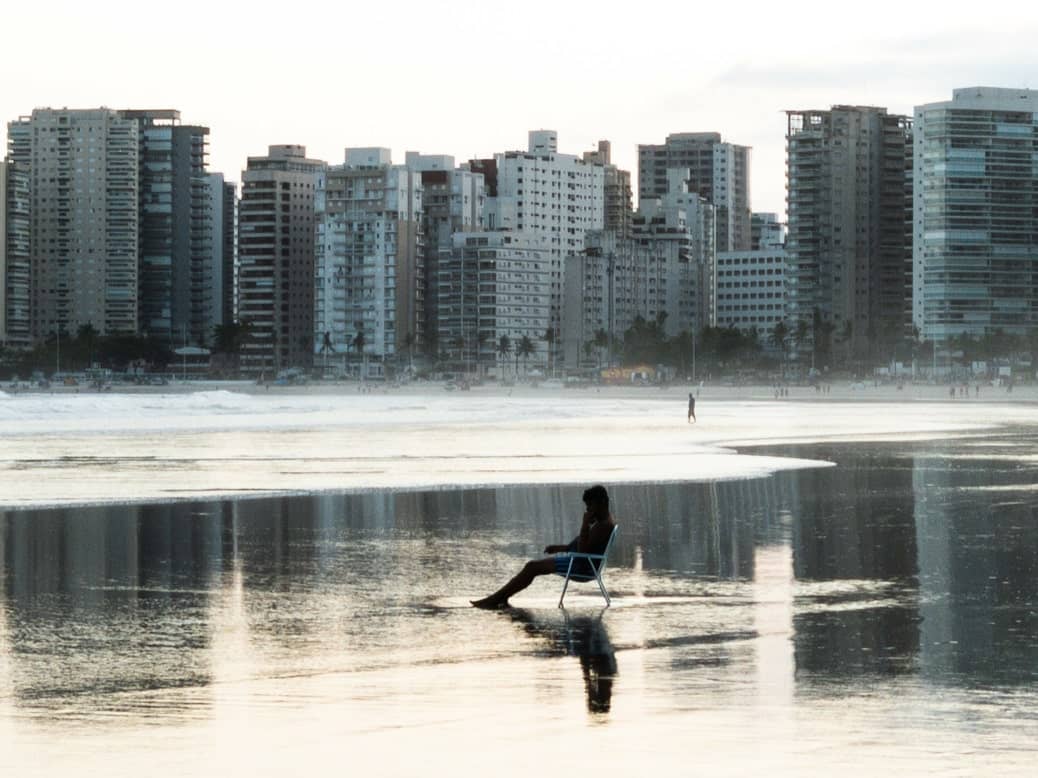 Hello, it’s me, Daisy, writing from a crazy place in this planet called Brazil.

By the way, the picture above was taken by me a couple of months ago in the city where I live.

In Southern Hemisphere the seasons of the year are opposed to those in the Northern Hemisphere. Imagine your Christmas and your New Year Eve happening after a hot sunny day, a summer between December and March with scorching temperatures and some places getting flooded after heavy rain, temperatures going down from April on, a mild winter from June to August and temperatures going up again from September on. Another difference is day and night duration throughout the year. As the country is closer to the Equator than Europe or North America, days aren’t so long in the summer and nights don’t seem to be eternal during the winter.

After this free Geography class, I’d like to bring some reflections about how our feelings and thoughts may change according to the seasons of the year and, going beyond, how our feminine identities can change our perception of what’s good vs what’s bad weather, compared to our perceptions when we hadn’t acknowledged as girls.

Years before I accept my feminine identity, I loved the winter and the mild temperatures. In Brazil, few places have temperatures going under 32F (0C), so the winter isn’t as harsh as in many places of North America or Europe. I felt myself in a better mood to work and do my routine tasks. Heat, moisture and sweat made me feel my brain getting lazy and, in my opinion, fewer tasks could be accomplished in such conditions. I think that neurones and hormones assume a different and somewhat chaotic behavior in our bodies when temperatures are 100F (37C) or higher.

During two periods of my life (2010-2012 and 2016-2018), I had to defeat a common enemy for many of us called depression. During the journey I took that led me to discover and understand that many of my life struggles were rooted in an unaccepted feminine identity, I started to notice how cloudy days could let my mood as low as the stock shares from any company about to go into bankruptcy.

Another side effect of accepting myself as someone with a feminine identity has been to notice that when I realize that summer is over, my mood gets lower as well. Not only the thoughts of “I haven’t enjoyed enough” or “I should have not cared that much about those errands and should have spent more time on the beach” that go back and forth in my mind, but the idea of having cloudy or rainy days more frequent than sunny days can make my life after March look less joyful and potentially more stressful.

I’m writing this on a rainy day of April and wondering here about whether other CD/TG girls felt this change in their own “mood routine” throughout the year, regardless where they live, after accepting themselves as people with a feminine identity. I don’t know if this may have anything to do with brain, hormones, environmental conditions or everything mixed together and served cold, but I got very curious to know if other girls noticed this change as well. Any comment and suggestion will be welcome with warm heart <3

View all articles by Daisy Marie
The following two tabs change content below.

Daisy, Thanks for sharing your experiences and your difficulties with your various ups and downs in life. I also want to say what a beautiful country you live in. I have spent time in Brazil for work in the past and found everyone I came into contact with to be fabulous people. I am certainly not an expert in psychology, but weather can certainly play a role in our lives. Having lived and worked in some harsh winter zones in the US, I know that so many gray and cold days does put me in more of a somber mood… Read more »

Despite the vast amount of bad news about Brazil we watch on the news everyday, this country still can provide good erxperiences for foreigners.

I’ve been doing therapy sessions with a psychologist since 2017 exactly because of depression and, during the healing process, I (re)discovered my inner girl. Nevertheless, I feel that mild depression syntoms may come back once in a while for me and one of the reasons might be weather.

Hi Daisy! Hugs! I get winter doldrums. I Love the summer. And it is right around the corner. At the same time i love winter fashions. I hope you have been able to dress Dear! hugs Pru!!

From now on, doldrum is a new word in my vocabulary lol

The last time I could get fully dressed was on November but I’m planning a comeback soon. Meanwhile, I try some stuff while no one is spotting me here.

Hey Daisy! I’m happy that recognizing and accepting your feminine side has helped you. I think it would do wonders for the entire globe if we all learned that lesson. On the other topic, weather vs. mood, there is a recognized condition known as “seasonal affective disorder” (perfect name for it, SAD), that relates feelings of despair with the shorter days of winter or just long periods of gloominess. I can feel it in myself sometimes. Recognizing and acknowledging it, like with so many things, is half the battle. Sun lamps and other things have been developed to help people… Read more »

Thank you for your message, Raquel!
I’ve already herad about SAD and sun lamps. If things get worse, I’ll give them a try.

Hello Daisy, I too am a “southerner”, tho about x 0,00 miles/k’s west of you here in southern “Oz”.. (Tho I guess trhat depends on which direction you are facing when you read this…(Haha) We dot have snow in winter, tho it can up “in them there hills” close to Melbourne and it rarely goes below freezing. What with climate change and all, we can have summer days well over 40 C’, (guess 105 F or so). In terms of my CD moods about it all, all it means is since I achieved my lovely collection of summer silk sleepwear,… Read more »

Thank you for your message, Catie!

It’s great to read more insights from people coming from differents parts of the world.

I imagine that Australia share some aspects of its weather dynamics with Brazil. Few places reach temparatures below 0C, especially in the cities on the hills and/or places in the south of the country.

Regardless where we live and what we do that make us happier, the most important thing is to try to find joy in the life and be happy 🙂

My mental health has been better and better . I came out at 60 started living as woman 24 7 at 61 this has finally been happy now I love myself ❤️