Why have I waited so long?

Home / Articles / Transgender / Coming Out / Why have I waited so long? 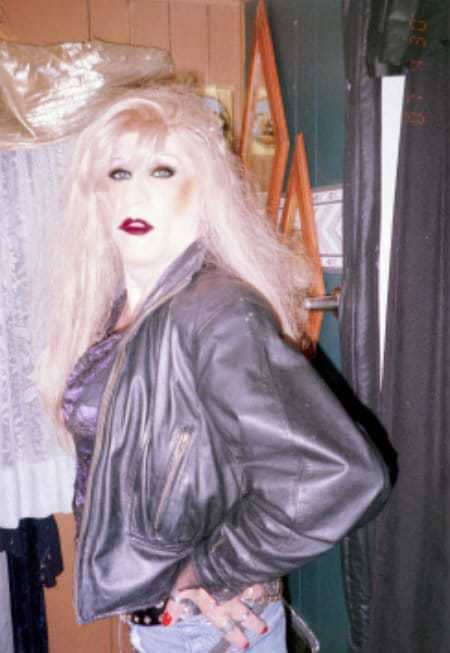 I’m Jackie. Some knew me as Nikkole before deciding to change my name to Jackie. This article is quite old but I felt it needed like a update so here goes.

I was the youngest child of six and the only boy. That’s right I had five sister’s and only a mother no father thank God. If I’d had one I probably wouldn’t have his favorite kid or got away with all the stuff I got away with. In fact it would have most likely put a real damper or strain on my extracurricular activities like let’s say “cross dressing.” As with many I began trying my hand at makeup when I was 10 then onto my sisters clothes, heels and other things. At 6 years old I was into they’re things all the time. But it wasn’t until age 10 that I actually began using them.

There is just so much to say and I don’t want to bore any of you. So, getting right to it dressing become a regular almost everyday activity. I would stand in the mirror and admire the way I looked. My new look was preferred over that of a boy. I had convinced my mother a few years back that girls pants fit me better and no one would know. Same with pullovers and girls sneakers or boots. I would get harassed by kids at school and by the time I reached junior high school I was looked upon as being queer and a sissy that wore girls things. However, it didn’t detour what I wore at the least bit. I was beginning to question my sexuality myself at 15 or so when I would catch myself looking at some guy’s butt or crotch area and think to myself they were cute or how I would love to see even more from them.

It was in the 70’s when guys had their hair down to their waist and platform heels were popular. So I got to have my way, long hair with highlight, platforms, girls pants and shirts and a girls ski jacket for the winter.  I wore what felt good and boy’s clothes were just too boring and drab. People did notice these things and I was on front street quite a bit. My own mother said one day when we were shopping for school clothes that I was looking more like another one of her daughter’s than her son. In a big way I took it as a compliment but in another way for some reason it made me afraid. Why? When she said that I felt myself blushing for there were other people around us that the statement caught the attention of those close enough to hear it. A lady who was also there with her daughter kept watching me and soon I felt uneasy about even being there. Moments later when we were in front of the girls socks I put some in the basket and suddenly felt like everyone in the store was looking at me. As I look back on that day I know now that most of it was just in my head. My step dad would make remarks and call me queer and that I need to go get a job where the men work and act like a little man instead of a girl. My mother would get pissed and sometime I would exit the room leaving them arguing. Anytime I entered a room where he was I could feel his eye’s watching me and feel the dislike he had for me but neither did this detour the way I dressed and looked either.

So you must be thinking I had to have been harassed at school, got grief from family members, and had people staring and mumbling among themselves all the time, your right but I got used to it and in a odd way began to relish in it. My sister told me one day that I was only imagining it, that no one knew I was a boy instead of a girl. I finally told my sister one day that if I went anywhere with her I would have my makeup on and more and she was okay with that. I always knew I could trust her yet when I was wearing makeup in front of her I still felt a little awkward and she knew that. She tried many times of comforting me and would tell me everything was okay. But all of her words of confidence and encouragement still would not help me to feel comfortable. I was always thinking that maybe she had wanted her little brother to be athletic and have girlfriends that she could meet. I also thought that way when it came to my mother. How sad she must have felt knowing I would probably never be one of her children that would give her a grand child.

Okay, so in wrapping this novel up I want to express that though my story may sound like a cross dresser’s dream and it appears that it was easy getting through it I want to let it be known that parts of it were actually troublesome. Personally I think everyone knew what I did and who I was becoming but other than the occasional remarks no one really ever said anything except my sister who I came out to of being a cross dresser, gay and later on a drag queen. That was just after I turned 17. I’m now in my 50’s. Throughout time people have asked me if I could go back in time and change anything I simply reply with a confident answer NO, nothing!

Thank you for bearing with me I tend to get a little long winded (just like all girls do), Jackie Wild.

A really nice story. It’s almost like my life. I do not want surgery anymore and the whole sex change. I’m too old. My wife accepted me as I am, just that I want from the neighborhood. Then I’ll be happy. I wish many luck.

Hello Jackie. What a lovely story you have told. Such courage, strength and perseverance.
You are truly a role model for the rest of us.

Thank you so much. Glad you enjoyed it hun.

Miss Jackie resonated with me. I feel so feminine. Now, if only I really had a handsome SO!
Roxanne Lanyon

He’ll come when your least expecting it Roxanne and when he does latch on.

Oh, Jackie! I think I may have found him! Oh, please excuse the excitement, but this is all so new to me! I have ben e-mail communicating, and telephonically, with a sweet man named “David”. He talks very romantically to me. He is travelling right now on business, but will be back very soon, and he is going to look me up! Oh! I have told him all about me, that I have been divorced for almost three years, am an “older” woman, around 70, and have sent him my pictures. He says I am very pretty! Well, I just… Read more »

Oh, I will – if it ever happens!
Roxanne

Can you do my eyes for me? Lol

I still struggle there

Im better but want to learn to do them better

Have a wonderful day

I’ll do your eyes anytime, however I think I would need longer ars to reach lol. You’ll get, just keep on practicing girl and before you know it you’ll be doing them perfect. Not sure if you use uTube but there are hundreds of videos on doing eyes and full makeup. I had one myself but I think it’s long gone by now. Have fun with it.

What a lovely, heartfelt story. More than a story…it’s part of YOUR story. Thanks for trusting and for sharing. Clearly you are quite strong, but also kind and sensitive. I love that you know who you are, and live as best you can.
We can all take note of your beautiful example.
Kisses,
-Syd

Your response is heartfelt as well, thank you dear.

I can relate to how you were and what you put up with. I, however, had a father that lived with us. I had to steal clothes and hide them. Because if I ever got caught my dad would have totally disowned me and humiliated me. Forever. And that started at 7 yrs old. By the time I was in high school, I just suffered with it until I got my license. I still had no idea what the F(*& was wrong with me. Wasn’t till I was in my 40s I got a computer. It was like mana. I’m… Read more »

Keep on being who you are, screw what anyone thinks or says!

Your welcome and thank you for reading my article and liking what I had to say.

Awesome read and utterly “get it”.

We have many similarities on many fronts, but never started to explore them until the recent few years.

I’m always excited to hear sister’s tell me we have similarities in this sometimes bizarre lifestyle. Me I never plan to change a thing unless I out grow one my skirts, dresses or shirts and even then I will still try and squeeze into them lol. Thank u for reading my article and I’m glad you could identify.