Why I Kept my Cross Dressing Hidden 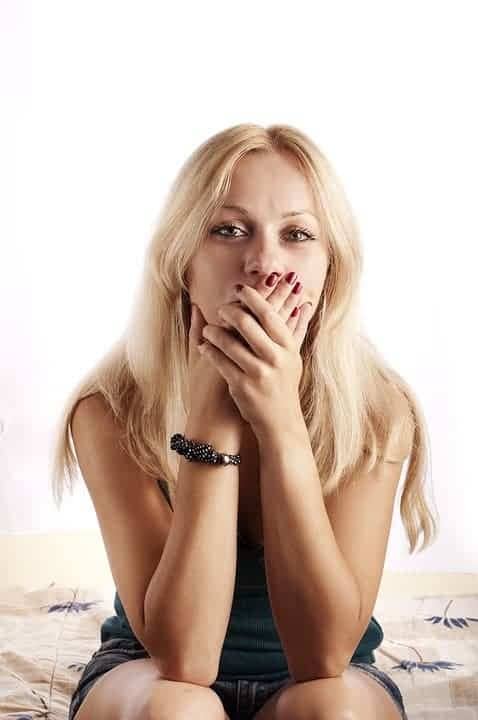 As a man who enjoys crossdressing on a regular basis, I can easily say I made the same mistake that most other men do. Not telling our SOs. We grow up knowing that we like women’s clothing. Everyone likes different aspects of it and everyone has different reasons as to why. But we also grew up in an era where this was highly unacceptable and kids got picked on for it, even if looking feminine was unintentional, such as wearing tight pants because we could not afford new ones or a “girly” color as part of our outfit. The crossdressers of my age saw that, or were a victim of it, and made sure they kept that aspect of their life hidden. Even with people I love very much, I could not be open. I didn’t tell my mom, my friends; I did not tell my SO, who I ended up marrying and with whom I shared many other secrets. By that time, I was “built” to keep my crossdressing hidden. Many times I’d try to put it away and think “it’s just a phase.” But the reality is it’s not a phase; it’s a permanent part of my life. It’s something I enjoy doing. I can’t pinpoint why I like it, but the point is, it’s there.

But this is why I hid it. It’s not that I didn’t trust my SO, even though that is what it seems like. Society brought us up that way in the 20th century. Nowadays, in my kids’ era, crossdressing is pretty acceptable among the right group of people. Finding resources is easier due to the internet, and people are not as closeted as they once were. More people find it acceptable as society, today in the 21st century, mostly allows people to be who they want to be. I see guys wearing sports bras at the amusement park, and guys with beards wearing makeup as a style, which I myself have tried and like. Tight clothing has become a thing of the past as being a women’s style only. I was recently able to buy a pair of stretchy tight pants at the store, in the men’s section. Sometimes I wish I had been born about 20 years later because these things are more acceptable now. It would have been a lot easier to communicate it to my SO, but then if I was born 20 years later I would not have met the woman I am so dearly in love with and will hopefully live the rest of my life. She makes me happy and I cannot see a future without her.

Eventually, my SO became aware of my crossdressing and out of respect for her, I now have my own clothing and my own makeup. I do not dress in front of her, as she is not yet ready to see me. A couple years into it, and she is still processing. I felt it was very important to let her know that betrayal of trust is the last thing I wanted. I have no intention of leaving. Just because I like dressing as a woman does not mean I like men. I am very much attracted to women. I enjoy being a guy, and taking on the role of the protector and the strong father, even though I might be wearing a pair of panties underneath it all or dressed in full role reversal in the bedroom.

And on a late night walk, I pity the fool who thinks he is going to harass a couple ladies walking together.

View all articles by Cindy Carpendar

Hello I am 47 year old heterosexual closet crossdresser since an early age. I really don’t have any desire to crossdress in public being that I am only really fond of the undergarments, silky slips stockings and panties etc. and spend the vast majority of my femme time mastrubating in secret. Until I was caught and video taped 2 days ago without my permission or knowledge by my new roommates. I actually fled from my home in fear of my life and haven’t returned because I don’t know what to do say or expect. There are lots more details to… Read more »

Just checking up on you to see how things are going

I am 39 yo hetroCD. Recently I came out to my fiance who I’ve been with for almost 2 years. At first she needed time (and still does to some extent) but know she is starting to tell when Ashley is out and about in the house. She is supportive and has even opened up her closet to me (as long as I don’t stink lol). She loves the man I am and what are relationship is but has looked on Ashley with love, caring, and compassionate eyes. So to all the ladies out there who are worried/scared of coming… Read more »

That is awesome that she has accepted and even interacting with you as Ashley. I am excited for you. It’s even more fun that she has opened her closet up to you. I still have my own drawer she is aware of and I wear thong underwear every day. That she has gotten use to. I am working on wearing leggings now in public.

This is a wonderful thread. I came out to my wife 10 days ago. She is being wonderful but there are things I recognise here. It’s the processing time and her worries about femininity. She is wanting to keep her man which is so understandable.

Agreed! This is where I remind my girl that it is her turn to be teacher.

Well written and heartfelt, missy!
I can identify down right down to the last period.
My wife was like yours…and still is. She will see me dressed to head off to a board meeting or some other group event that has me playing the lady. We have even been out together as girls a couple of times…
Like a good winter stew, the evolution from one gender to the other – takes the right ingredients and time in a slow cooker.

Hello, and I feel the same way as I age somethings on the inside who wants to fit in, I like to be the real that Gal. xxxx

I can, as I am sure many of us can, relate to this story. After my first wife divorced me because of my cross dressing, I told every woman I dated about how I liked to dress up as a woman, within the first two weeks of us dating. A lot of women would say, it was not a problem but a month later they were gone. Even now, my wife has known about my hobby from the first week of us dating but over time, she now wants nothing to do with it, she has even begun calling me… Read more »

Thank you for the fine thoughtful article, Cindy! While I am “out” to my wife, adult children, neighbors, and a handful of close friends, and go out often in public settings, I am not completely out. Why is that? First, there are family members who because of religious and other reasons would probably not accept me. That’s ok with me. It’s rather because it would upset THEM that I don’t tell. And there are enough upset people in this world as it is…lol Secondly, I have many friends, professional and others who only know my male side. While I’m sure… Read more »

Would you go on a date with a man?

Do you have a woman who is a role model for you as you crossdress?