Why You should wear a Bra

Home / Articles / Learn How To Crossdress / Fashion, Clothes and Shoes / Why You should wear a Bra 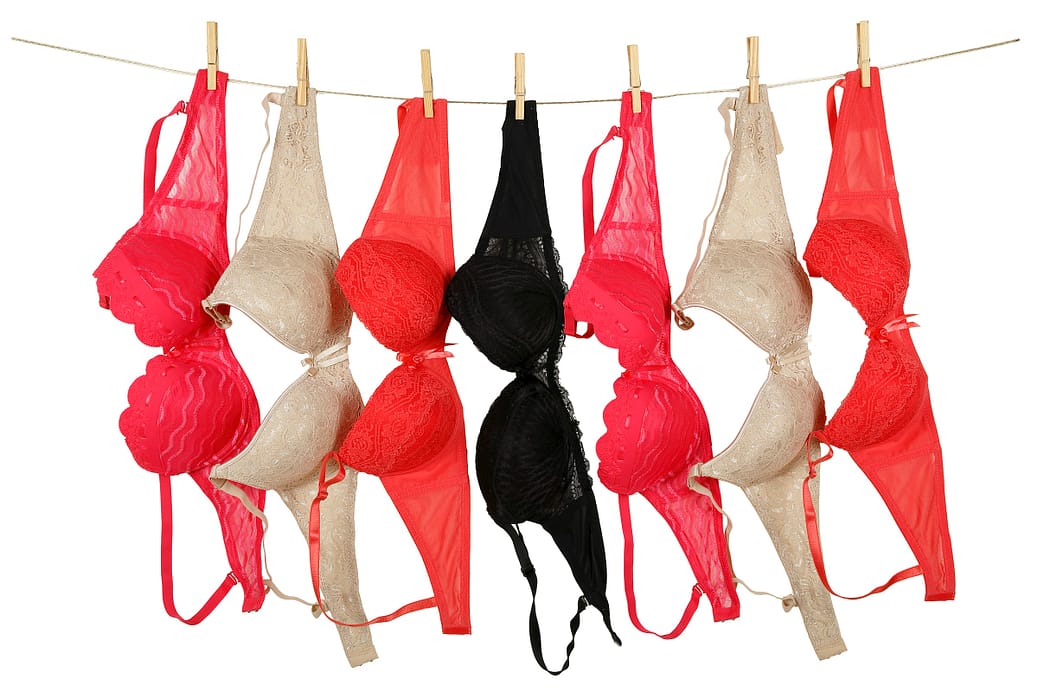 The bra is most likely the most feminine item that there is. It doesn’t mean that it can’t be worn by men – even if they (or most of them) don’t have breasts.

The bra has a specific charm about it. It can become a prop that boosts your self-esteem – As crossdressers, you and only you know that you are wearing a beautiful bra under your menswear.

Also, the feeling of wearing one is very interesting: it’s like a permanent hug through the band and the straps. In addition to ending a feeling of lack, it can remind you of a number of things – like maintaining your body posture. There’s no way you can ignore that you’re wearing a bra.

Many men who have gynecomastia can also benefit from a bra, which will not only improve posture but can also reduce pain. The increase in cases of gynecomastia in men could enable the bra to become popular in men’s fashion.

There are already types of lingerie made especially for men. They tend to be adapted to the male body, and there is less variety and higher cost to purchase than the similar female versions.

The bra has been a symbol hated by feminists because it is regarded as an icon of oppression. Don’t fall for this nonsense.

They say that for every woman who takes off a bra, there is a man who wants to wear it.

One reason many women hate bras is that they make a mistake in choosing the right bra. Right now, most women in the world are wearing a bra of the wrong size and/or model.

If they learned early on how to correctly choose a bra, things would be much better.

Many lingerie stores offer “fitting” services. Every day they measure and recommend bras to thousands of women. Some stores also offer this service to men. You can take your own measurements with the aid of a measuring tape and the measurement charts that each manufacturer offers.

If you want to adopt a bra in your life, you will need to have more than one. A woman usually wears the same bra for three days in a row, so I recommend that you have at least three bras for daily use.

Women generally own more than one bra, for two reasons: in addition to needing a replacement when one is in the laundry, a woman needs a suitable model for each particular situation.

It depends on each individual person. In the case of a man, he should consider having a discreet bra, one which is not visible to other people – after all this is still taboo for our society.

A sports bra or bralette in neutral colors without trimmers or zips to mark the clothes can be helpful.

Although at other times – such as at home or even outside, on cold days and full of blouses, you can use a traditional model, with adjusters, zips and even lace, pads, and bolder color. A traditional bra lets you feel the shoulder straps and the magic of buttoning and unbuttoning the bra.

It is recommended that you button the bra from the back, but if you are not so flexible you can button it from the front and twist the bra.

In addition to many colors (yes, you can still buy white), there is a variety of prints, such as animal and floral, and fabrics, such as lace and satin.

I particularly love lace bras. You should consider having at least one lace bra.

Daily bra wearing may make you feel the same “relief” a woman feels when she unbuttons her bra at the end of the day…but I’m guessing that you’ll still be eager to wear it the next day.

If you want to experience what it’s like to have breasts, you can buy forms to fill your bra.

You can also try wearing matching panties… the result can be wonderful, and many lingerie departments offer sets. The downside is the variance between some men’s upper and lower torso.

The best way to find your style is by wearing a bra daily. It will help you to figure out which option might be best for you.

– Have you ever tried on a bra?

– How often do you wear a bra

– How many bras do you have and what are your favorite styles and colors.

I’m curious about your answers

I have not worn a bra. My wife and I discussed this. She is ok with me getting a breast form and getting bras. I personally cannot wait until I get a C cup and some bras to hold them. I want to feel those breasts on my chest and the feel of a nice sexy bra as well as a ‘normal’ bra…

I try to wear a bra and panties every day. And if I am going to have on a larger top for the day I even glue on some small silicone forms. I love the bounce. I am so used to wearing a bra that on days that I can’t wear one I really miss the feeling. One thing nice about colder weather is with a sweat shirt and vest I can wear fair sized forms with no problem. Like I said I like the bounce and the larger the better.