Womanless Beauty Pageant: A way to celebrate the return to normal

Home / Articles / Advice and Encouragement / Crossdressing Just for Fun / Womanless Beauty Pageant: A way to celebrate the return to normal 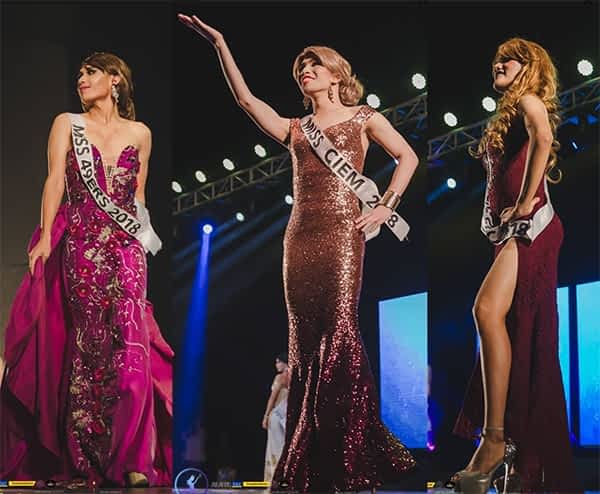 The pandemic has driven students away from schools and colleges, but there is a type of school/college event that draws the attention of crossdressers: the womanless beauty pageants.

Event where the boys/men parade with beautiful (or not) dresses, wigs, shoes, jewelry and makeup.

If you search the internet, you will see several types of “womanless”: from the simplest – in which the candidates are mere caricatures – to the most detailed – when the candidates are better dressed and really want to look like women.

At the school I studied there were never womanless beauty pageants, there was only one day when the students in my class decided to wear clothes of the opposite sex – I did not participate because I was ashamed … soon I, who at 11 or 12 went to school in days cold using a bra under various clothes … And on that day the boys wore dresses (not ball gowns) … without a bra!

For me, dressing up as a woman without a bra is like going to Paris and not visiting the Eiffel Tower.

I wanted to participate in a womanless, learn to walk in high heels, wear a beautiful flowing dress and a beautiful wig with good makeup. And beautiful lingerie underneath.

In fact, at that time I was not attracted to women’s clothing other than bras …

Incredibly, many conservative parents don’t care that their child participates in a womanless, on the contrary: it encourages and even participates in the boy’s preparation.

Perhaps because many of these womanless events are aimed at raising funds for charities.

They would probably have a different reaction if they found out that the son likes crossdressing or even was LGBTQIA+.

I think that when things go back to normal, events like this should be resumed, even in schools where there was no such event.

This would lessen prejudices against crossdressing and even against women.

In addition, for a day the boy who likes women’s clothes could do it without much judgment – even because his classmates would also be dressed the same way – and I could have worn my bra (or rather, my sister\’s) at school without problems for at least a day.

If womanless were popularized, I believe that many who today fear or are ashamed to participate in this type of event would do so. I confess that my biggest fear of participating in a womanless was not the moment of the event, but the photos that eternalize moments like this. What if someone saw a picture of me dressed as a woman?

If all – or practically all – men had their “princess photo”, I think that would no longer be a problem.

I think if one day he has a son – in fact, I prefer to have a daughter – maybe he will give him a princess day – at least once, if there is no opportunity for a womanless and especially if he does not have a daughter.

I don’t want to force him do it, but I want him to have the opportunity to try something different at least once without judgments, without fear and without the need to hide – as it happened to me when I started trying on my sister’s bra at 12.

If he tries and doesn’t like it, I won’t force him.

It is not only in middle and high school that Womanless Beauty pageants takes place. Even in colleges it exists. The photo that illustrates this article is from one of the editions of “Miss Engineering”, a Womanless from a University of the Philippines. It is one of the most well-designed and best – perhaps the best -womanless in the world.

I believe that the pandemic showed that life is too short for fears, prejudices and the like. I think that when we get out of this madness, we should celebrate in every way … including with a Womanless.

Start thinking about your dress!

Have you ever wanted to participate in a womanless beauty pageant?

Have you participated? How was it?

Tell us in the comments, I look forward to knowing.

Hi Marie Claire, You mentioned that all men should have their “princess” photo. I was once in a charity fundraising event dressed as a woman. This was over 10 years ago. And yes I have my Princess photo on my phone that I share with everyone. The attached photo is me continuing with my work day after the charity lunch and I’m attending a meeting with the City’s Chamber of Commerce. Take care, Hugs, Krista.

As I accept this crown, I would like to thank God and pray for world peace.

I’d so love to be in a Womanless pageant. Its always been a dream of mine. All made up with pageant hair and makeup

I did one years ago, not a gown but a cowboy hat n really fun western dress with pretty boots. I had a great picture of a couple holding me horizontally across their arms, so fun, lol the pic was lost sadly when my external hard drive crashed a while back, but the memory remains crystal clear hahaha
I love the idea and I would definitely be “in” hahaha

Namaste’
n huggles for ya
Char

Thank you for sharing your experience!

What was your experience using a handheld laser hair remover?