Hilda and Nina on holiday in Cyprus 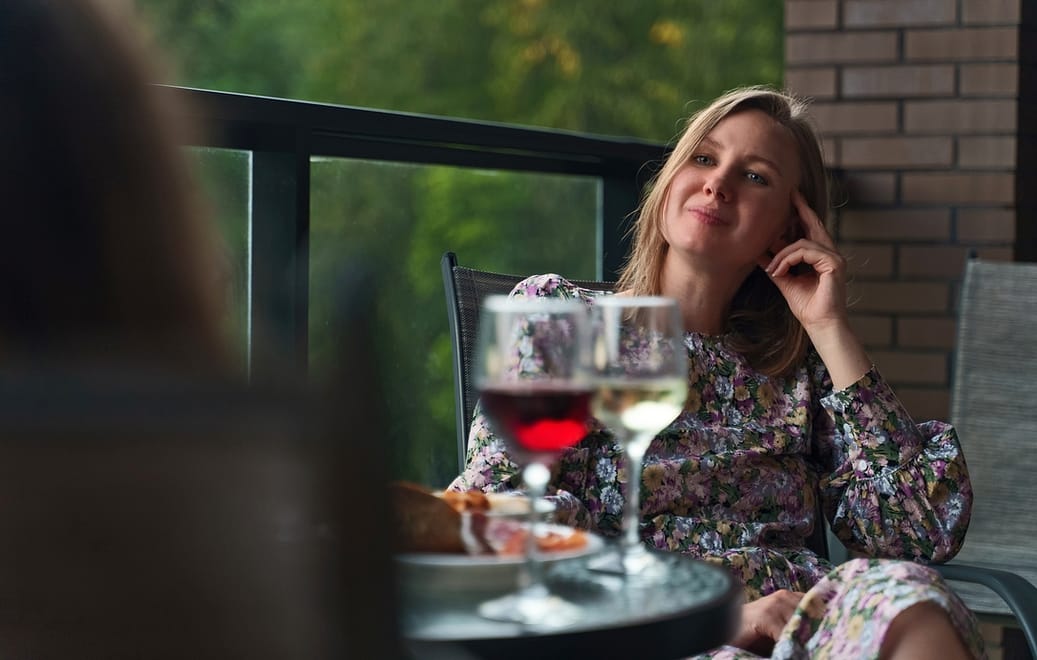 Nina (a cis woman) and I (a trans woman) have known each other for over thirty years and when just over two years ago I decided that I would be much happier and at ease with myself if I dressed and presented as female, Nina was a tower of strength and support. We decided to go on holiday together in Cyprus and to stay at the Arkin Palm Beach Hotel Gazimagosa, Kibris; a hotel where Nina had very much enjoyed staying before. So, we booked two rooms with sea views for the last week in September.

Then another friend advised that I ought to check out how LGBTQ+ friendly Northern Cyprus was before arriving as Hilda Ruth. This seemed like sound advice, so I telephoned the hotel some months before our trip. I was put through to reception and explained that although I had booked the room in a male name, the one currently on my passport, and I preferred to dress and present as female. I hoped that this would not be a cause of any difficulty. There was silence at the other end of the phone and then the receptionist asked if I could repeat myself. I did to which the receptionist replied that he would need to transfer my call to the manager which he did. I explained the situation again and the manager said that he would have to talk to the local chief of police and that he would get back to me. In my mind I could see the holiday disappearing. Twenty minutes later he phoned back and told me that his police contact had said that cross dressing was not a crime in Northern Cyprus but that I should remember that this was a family hotel, and he would not want to see any nudity. I reassured him on that front explaining that I wanted to dress and present as a woman.

Reassured, Nina and I made our plans and flew into Larnaca Airport on 21st September. Nina has a friend, Kay (a cis woman) who lives some of the time in a village near the hotel and she had arranged for us to be picked up and driven across the border to the hotel. There were no difficulties; the two passport checks went without a hitch. We had a wonderful time!

We’re on half board so a very substantial breakfast was in order inclusive of a variety of cheeses and salad, an omelet along with croissants and coffee leaving absolutely no room for lunch. Evening meal is equally grand with salad type starters, several choices of mains, and desserts to die for. All this on a cafeteria help yourself basis.

The entire staff at the hotel was delightful! They were always courteous, polite, and accepting as were the other guests staying there as well.  The lady who did my room admired my collection of wigs and most of the staff called me ‘Madam’. And the evenings were balmy so we could sit out on the terrace, watch the bats that flitted around the balconies, shoot the breeze and see the stars.

We spent most days relaxing on the beach and swimming but found time for a visit to some local ruins and then a shopping trip to Famagusta followed by a wonderful evening in Kay’s village during which villages re-enact a traditional wedding ceremony wearing traditional clothes and playing traditional music along with traditional dancing and performances. I was invited by one of the male performers to join him in the traditional dancing.

Nina and I are already planning to return to this very same place next year!

Thank you so very much for taking the time to read my article. Now please take the time to leave a response to either my article or one of my questions I’ve posed to you below:

View all articles by Hilda BeaumontTags: 24 x 7 woman first trip far away on vacation dressed as a woman getting clearance from hotel to dress as a woman

Well Hilda that was certainly a holiday to remember and with such a wonderful friend. The country is in the E.U. and has the same LGTB rights as any European country, therefore the response from the police was as expected. The only issue, as anywhere, would be the reaction of the locals due to the usual reasons should they read you. Obviously it went really well and sounds like a wonderful time.
I haven’t thought of going abroad en femme but who knows, this positive message may help in any future decision. Thank you for sharing the lovely story.

Thanks for filling us in on your trip Hilda. It sounds like you had a truly wonderful time.

Happy to read you had a great time on vacation and I can understand you’re wanting to go back there. You are so lucky to have a gem in your cis friend. Thanks for sharing.

Michelle, this is the second time this week that someone had mistakenly replied to me [ MeghanBrandice]? by mistake to a post above by Hilda about her vacation , forward to Hilda please and not ‘Meghan’
My CDH post wall indicated a Hi Meghan!… from you
Please correct

Sorry. I only replied in the “join the discussion” box above. Don’t know how you’re getting my messages so just delete I guess. Sorry again.

I can’t I’m stuck with it for good, I never joined this discussion

Maybe a moderator can fix this problem. It seems to be a gremlin of CDH.

Thanks for the wonderful story Hilda. Sounds like the both of you had the most wonderful time. Hope you can have many more.
The closest I have come was 2 in State outings by myself the last 2 years, 2 to 3 days each. I would very much love a companion and do/see even more things. Going out as my fem self is very satisfying.
Cassie

Hilda — thank you so much for sharing your holiday adventure. We can never have too many examples of sisters going out and about enjoying their inner women. So happy you have found a good friend to share these adventures with.

What a wonderful time you obviously had there. Though it must have been scary for you as your request was passed up the ranks as it were but all was well in the end. The level of acceptance these days is very high in many places. I’ve had a couple of weekends away where I’ve been fully femme the whole time, and this weekend I have another which I’m looking forward to! Though these are not holidays away as yours was it feels fabulous to be able to do everything one does and stay femme all the time. I’ve never… Read more »

Will today be a Pink Friday?

Are you thankful to be a crossdresser?

Jeopardy Champion / Big Deal for the LBGTQ Community or Not?