My First Time Out 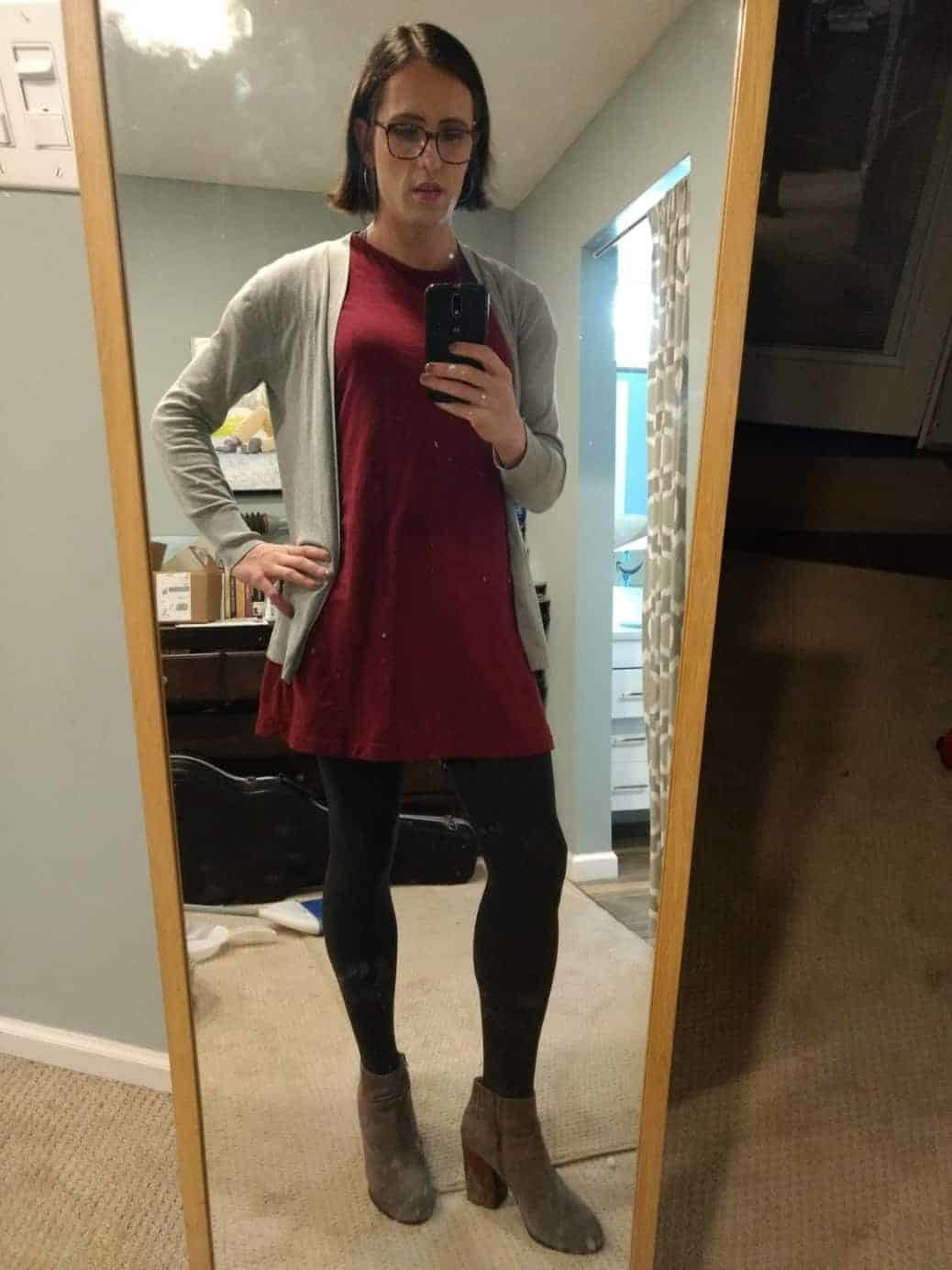 I am excited to share the story of my first time out in public en femme. I hope that you are encouraged by my story

I am 34, married, father of two, and identify as a crossdresser. I have an interest in the whole gender-spectrum of expression. I’m currently growing my beard back, and glad to do so, as I hate shaving my face. My wife loves me dearly, and though she does not understand nor is comfortable witnessing or participating in my crossdressing, she is however, remarkably supportive. It’s taken some work, y’all. I have never resented her stand or pressured her for more than she is willing to accept. I think of our marriage as a bit of a bait-and-switch, since she had no idea what she was getting into when she married a closeted crossdresser. Seven years into our marriage, it has begun working itself out in some complicated ways.

At the end of last year, we made some concrete progress on my desires. She gave her blessing to me to explore what all of this means, in my head and through experience. As a goal during this past year, I wanted to get out in public at least once. The fact that it took me until November is a testament of how plans can differ from realities when difficult developments have to be circumvented. I’m sure other married CD’s will understand.

My progress was not linear, and we had some setbacks. My wife and I have learned to over-communicate in order to prevent any misunderstandings. Suffice it to say, my feminine wardrobe was tucked away in the basement a couple times during the year. In the past few months, a couple of very important developments happened that allowed the timing to be right. First; we do communicate—all the time. Every other day or so I ask, “So, how’s it going being married to a crossdresser?”Interestingly, the more I ask, the more nonplussed she is. Secondly; I got my ears pierced back in June on a date with my wife at the same time she had her nose pierced. We called it our “mid-life crisis” date, even though we’re only in our thirties. Thirdly; my hair had reached a point that made it more possible for me to pass. And lastly, I’ve lost 15 lbs over the last few months, which helped to bring it all together.

My wife was out of town for an extended weekend, and I sent our sons to their grandmother’s house for the evening. I made plans to have dinner and then attend a concert with friends in another city. It felt safer to be out of my own city. Just getting out to the car was an adventure; we don’t have a garage, and it was daytime. I was half-dressed and wore a puffy jacket and sunglasses. On the drive to Louisville, I parked somewhere nondescript and changed into the outfit you see in the photo. I put on lipstick and my earrings. When I arrived in Louisville, I stepped out of our family’s minivan, presenting for the first time as Ashley. It was thrilling, terrifying, and fun…so much fun!

Dinner was a blast! My two friends, a straight female and gay male, are my most ardent allies. We chose a local restaurant, where it was widely known that a couple of their service staff was undergoing their own transition. It made sense for us. My girlfriend (using that term in the having a friend that is a girl sense) told me what to expect if I needed to use the restroom. I wasn’t going to use the men’s room. It wasn’t even a big deal. The best chance at me being read was when I ordered food. I hadn’t perfected my feminine voice, and that was probably a dead giveaway into my chromosomal makeup. At that point, I didn’t care; I was having too much fun.

The concert was great. I changed at my girlfriend’s office into skinny jeans and a plaid top with pink chucks. It was girly, but sensible enough for standing a few hours at a concert. I got carded on the way in. The dude with the flashlight didn’t make a big deal about it. In fact, he didn’t even look at me, knowing full well what was going on. I couldn’t resist; in my manliest voice, I said, “Well done, bro.” He then replied, “What ya mean?” I answered, “You know exactly what I mean,” and he chuckled. I thought humor was the best way to diffuse what might have been a mortifying situation. It was also a way for me to take back the power. I am happy with how it all went. The concert was a blast; standing room only, and with it mostly dark it allowed for plenty of anonymity. We left the concert a little early, because I was getting tired and didn’t think I’d last much longer.

As I think back on my experience, the two best meaningful words to describe my adventure are fun and gratitude. I know I am not a transsexual. The night wasn’t any sort of fulfillment for me, to be something other than who I am; it was more about reaching out within my own personal boundaries and enjoying the pure experience. My crossdressing is an indivisible part of me; it lies within the spectrum of what I want to explore. Thus, to be able to put on a dress and some heels was SO MUCH FUN. I am very grateful for my wife. She listened respectfully to me recount my evening after returning from her trip. She asked a few questions and generally seemed interested in hearing about it. I am also thankful for my allies. This experience would not have been possible without them. I leaned heavily on them, and they succeeded in making this experience a wonderful part of my coming out in the world. I don’t know if it’s naturally easy for them, but they made it easy for me.

I want to do this again, without a doubt, but I don’t see it as a frequent thing. As much as I enjoyed myself, I don’t want to devote that much time away from my family. But a couple times a year—I can see that as a distinct possibility. If I do venture out once more; I’ll be excited to share my story once again.

I am a married MTF crossdresser, father of two boys, 5 and 2. My wife knows and is supportive, but not interested in getting involved or seeing me en femme. Whether that's for now or forever, I'm not sure. I have only begun crossdressing in earnest in the last few months. I cannot recall the beginning point of this; it's been an indivisible part of me as far back as I can recall. I'm glad to have found a community here because I have many more questions than answers, though I suspect that's standard operating procedure, based on the literature I've read.

I am still looking for a time when I can go in the day time dressed to see how I feel ! I do go out at night dressed when I know my neighbor’s are in bed. Only two of them know I crossdress but ant seen me dressed yet!

Great read Ashley
I to have a straight girl and a gay male friend that I’ve told. I am close to fully telling my wife and if I get at least the same support as yours I well be more than happy.
Thanx for sharing
Congrats on your first time out.
Anastasia

Love your story Ashley and you look great!
My wife and a few freinds are going to go with me next weekend for my first time out. I hope it goes great for me too!
Thanks for your story 🙂

hi Ashley, lovely story and its fabulous to hear of your very supportive wife, it makes things so much easier doesn’t it? I am glad you have been out dressed femme, I still have yet to do it! congradulations on the weight loss too 🙂 . have fun, enjoy yourself and I will look forward to your next article 🙂

Great story. Makes me want to do it soon!