Princess of the Ball Part 2 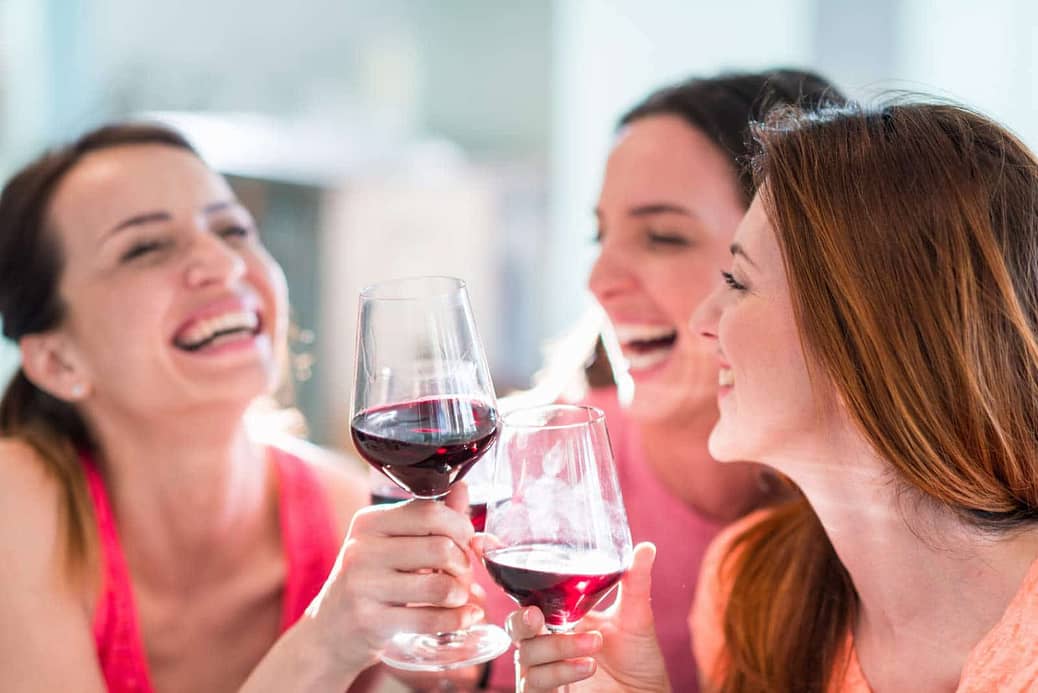 Part 1 can be read here

My wife had lent me a cute but very short bright pink dress and left her make up for me. After a shower and shave I put on my matching pink bra and panties and considered the makeup. It had been over 10 years since I’d been out in public as Sarah and even back then my makeup skills were more Pollock than Whistler. I was waxed and tanned so I went for a less is more approach. A little foundation, eyeshadow, mascara and some lippy. My wig was straight and I slipped on my little black kitten heels and headed for the door. Suddenly I heard voices outside and froze.

The weekend of the Ball had arrived. My wife had taken the Friday off work so we dropped our daughter with my mum, telling her we were off to a birthday party, and flew to Sydney. After we got settled in our room and had a couple of beers in the hotel bar I walked my wife to the train station so she could spend the next 24 hours with her best friend.

I was all alone.

That evening there was a dinner organised for some of the girls going to the Ball at the hotel restaurant. I had been in contact with another CDH member, JaneS who was attending, but otherwise I didn’t know anyone or even what time the dinner was.

I returned to the bar for another drink resigning myself to an evening in front of the TV, room service and some closeted crossdressing. As I surveyed the bar I noticed a couple of girls and then a few more having a drink. With a little dutch courage behind me I pulled myself together and headed up to my room to get ready…..

Come on just open the door and walk through! I was out and there was no one around. Then like one of those crazy zoom shots from the movies the hallway seemed to extend on forever. As I headed toward the lift I realised that things could get worse. Was there a rugby team waiting to go down, would there be kids in the lift ready to laugh at me.

A brief reprieve. Just me waiting for the lift. I press the button then hear a door closing down the hallway. Come on, come on hurry up. The lift arrives and the doors open but as I shuffle in I see someone coming. Every ounce of me wants to close the doors but my decency takes over and I hold the lift. A young lady gets in. She smiles at me and says thank you. I just smiled back knowing that, although not quite Barry White deep, my voice was a dead give away.

As the doors opened in the foyer there was no angry mob with pitchforks but there were many people milling around getting ready to go out for the night so I hunched over and lurched out of the lift. After a few steps I remembered my training (and you will get out of this alive) stand up straight, shoulders back, lead with the hips, small steps and above all smile. The concentration this took was keeping me relatively calm (bpm 150ish).

I rounded the corner to the bar and started scanning the room. A 50/50 mix of us girls and regular clientele. I wasn’t alone but still actually knew no one. Then there she was. My life line. I recognised Jane from her profile picture. I caught her eye and she knew who I was. She took me by the arm and said we were just heading into dinner while introducing me to her wife and a group of Kiwi girls with their wives. I think the release of tension in my body was physically visible.

As we approached the restaurant the maitre d smiled. Not a leer or a snigger. Just a genuine smile. As he directed us to the ‘usual’ table he had a chat to a few of the girls he remembered from the previous year. I sat next to Jane facing into the restaurant. None of the other diners were pointing or staring. As I was revelling in being beautifully dressed up in a restaurant and feeling so completely comfortable the waiter was trying to catch my eye.
“Excuse me ma’am, can I get you something to drink?”
I ordered a glass of white wine while willing myself not cry and ruin my mascara. He had called me ma’am! The last time I cried true tears of happiness was at the birth of my daughter.

Part 3 can be read here

View all articles by Sarah Maisy
The following two tabs change content below.

I can’t wait for part 3 either. AS someone about to venture out to her 1st TG/CD conference (the Southern Comfort Conference-SCC in Ft Lauderdale,FL in the last week in September), I am emboldened by your tale of your own experience. Though still nervous, I am determined to have a great time and to not let my fears hold me back from taking advantage of the opportunities(while keeping prudently safe of course! 🙂 ) Thanks you for sharing and if my experience is 1/10th as good as your, I will consider it a great success!

I think that when a lot of us look back we will find that if there was a CD/TG manual we had been following it step by step. Every step includes self induced fear but if we forge ahead we will be so thankful that we took those steps