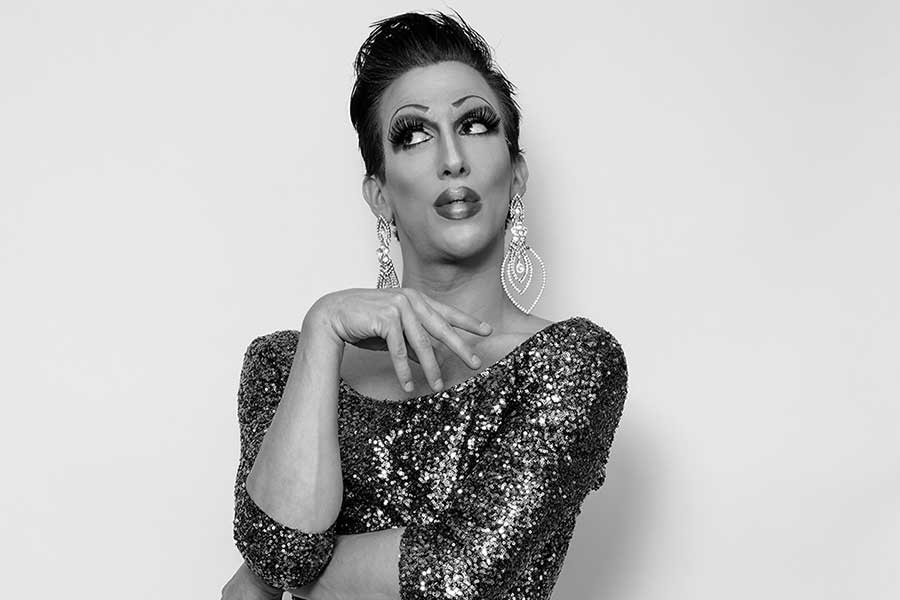 As time continues on we do, we learn, we teach, and for many we accept the facts that really can’t be changed even if we really want(ed) them to.  I have so many memories of who I started out being and remain to be this very day.  Many people come to me in confidence about becoming the girl they desire to be and ask if I have any advice or strong suggestions of how to get there.  I share my own experience with them (part of it anyway) and some can relate and some can’t.  I tell those who can’t right now to give it time and eventually they might.  They will eventually act upon their desires, or those desires will ultimately crumble into pieces of a dream that once was.

See I truly believe we don’t wake up one morning and tell ourselves “gee, today I think I’ll steal some of my mother’s, sister’s, aunt’s or whoever’s makeup, jump into one of their skirts or dresses, a pair of heels and a purse, gallop all throughout the house and pretend I am a girl.”   No, but what I do believe and share with others is a few little things called “the facts, reality and the truth.”  Crossdressers, transgender people, drag queens, and those that just fantasize are special and unique in their own ways.  However, I believe we all share similarities, and in fact I believe we are all “as one” when it comes to this area of our lives.  I share how it has been for me when asked and tell them to reach out to others who have the same dreams, aspirations, and love for doing what they do.  It always amazes me when someone tells me they are married and in a heterosexual relationship with wives or girlfriends who either accept or deal with them being CD.  Or don’t.  Personally I have the utmost respect for those that are married and have compromised as well as risked it all to be who they are.  No one person, as far as I’m concerned, has a right to tell anyone else how to live their life.  Perhaps some listen, yet others still go about trying to be the person they aren’t.

I too tried to be the son my mother wanted at first for me to be.  However it was impossible for me, because I was who I was put here to be.  This is what was explained to me by a best friend, a few therapists, and of all people, my mother.  My mother and I were very close and I always subliminally felt she somehow knew of my activities.  Guilt caught up to me one day when I walked in after being on a date and found her in tears crying like I had never seen my mother cry ever before.  Point blank she told me she knew everything I had always tried to keep a secret, and had actually believed it was all a secret and nobody else knew or suspected.  How very wrong and naïve I had been.  In fact I don’t think I have ever been as wrong in my thinking as I had been before that moment.  She knew everything and so did my sisters.  Even the kids at school who called me derogatory names and labeled me actually knew before I ever admitted anything.

Getting back to explaining the reasons I decided to write this article it is with true heartfelt beliefs and feelings that I truly believe we are one (just as Buddhists and many others believe).  Obviously not every male chooses to wear a dress instead of pants.  But then did we actually choose this lifestyle?  I don’t agree with some who believe we did.  What I will agree with is what I and thousands of others believe, “that the lifestyle chose us.”  Who on earth would deliberately put themselves in harms way, be humiliated if anyone finds out or suspects that they cross dress and for some prefer to be with the same sex; who would be that crazy if it were a choice?  Is it any wonder why so many try and keep it a secret?  This life really doesn’t promise us that each day will be good or perfect.  It does allow us to follow what we believe in.  My mother always told my sisters and myself to follow our hearts; she said all that’s in our hearts are hopes, dreams and wants, and they will surface when we allow or want them too.  All my dreams and hopes have not always surfaced or revealed themselves but one thing I know for sure is that I have tried to do the right thing by following the path that was chosen for me to follow.  I have drifted on occasions and even tried to be someone I wasn’t and could never be.  So as I tell others, I don’t give advice, but what I will offer is experience, hope, and to share things that I live by and believe in and offer suggestions. That’s all I can really do!

Wow Jackie, you nailed it! Thank you for this amazingly true post, very heartfelt.

I’m glad you enjoyed reading my article and thank you for your comment. It’s my true hope that it may or could help someone who may be struggling with the truth, confusion or getting honest with themselves and other’s. It brought back allot of memories both good and bad but at the same time it reminded me how grateful I really am for the people in my life that may not have agreed nor still agree with my lifestyle yet they supported me then as with now. May your own journey be blessed.

A beautiful article Jackie, I feel exactly the same way. Thank you.

Thank you Sabine I’m glad you enjoyed reading it and thank you for the comment. I think so many do feel this way. It’s a very rude society we live in. We are judged everywhere we go out there with the exception of like minded people, events and places. I’m super grateful for the people then and now in my life and for the strength I was given to come out at such a young age. Blessed Be, Jackie.

Thanks Jackie. I look forward to reading more from you in the future. Hugs. Sabine.

That was good inSITE full and very sincere..I am about the same age
but have as you say living the person I am not alway a struggle to live a lie to the point that I am not sure .anymore as I have wasted all my young and exiting years. Well I am going to find out what I should have 30 years ago.
great work thanks look foward to talking with you many topics.thanks

Thank you Cindy I hope you can find your way to be her 100% soon. If you ever want to talk just hit me up. I don’t have all the answers but I do have a listening ear and heart. May your path become stronger, only you can decide,,,, just you.

Thank you for the ear that helps a lot .sometimes that gets a lot done just having an ear from someone with your experience.

Remember Cindy you are never to old to be you!