Keeping It In The Family

When I was 12 or 13, I convinced a very stubborn and old-school mother that girl jeans fit better than boys did. We argued but I got my way because I absolutely hated boy jeans and shirts and refused to wear either, which meant I wouldn’t be going to school, which also led to driving my mother and sister’s crazy. So, when it came time for new school clothes—girl jeans, shirts, and jacket it was.

Bear with me; I’m getting to the subject of this article soon. I also won the battle with letting my hair grow. By the time I was 14 it was down to the middle of my back. My excuses for the clothes, hair, and other little simple but complicated things is what I would tell her—the girls really loved my hair, which they really did and other boys at my school also had long hair.

I always wondered why or what made me so adamant about it all, and where did my persona and wants come from? As so many of you know, I have five sisters. I am the youngest and the only boy of a single mother with no dad, just a couple of stepdads along the way, but they never lasted long. Well, I knew that I had three gay cousins, one of my sisters and I was it in my family.

I went to Oregon last year to visit with two of my sisters and some of my nieces and nephews. Visits are never too long as they all tend to disagree with my lifestyle, and that’s okay. When visiting them, I keep the makeup, clothes, and such a little quiet and toned down. Anyway, while sitting alone with my sister she says “Oh, I need to show you something.”

When she came back she carried boxes in her arms. She set them down, cut the tape holding them closed, and started taking some photos out of them. She handed me one that anyone could tell was of a drag queen. She asked if they looked familiar. Even with makeup on, I noticed a strong resemblance to my mother and with a little laugh, I said, “Looks just like our mother.” She tells me to turn it over. There on the other side of the photo was some writing. It was a mercy letter from my Uncle Jerri, Mom’s brother. He was apologizing and asking her for forgiveness for going off to do her own thing.

So, my Uncle Jeri from my mother’s side was a gay drag queen in New York. This explained a lot of the reasons why my mother was devastated and yet sympathetic when I came out. She was scared I too would move someplace far away were I would be accepted. Okay, and it doesn’t end there, people. My sister also began sharing with me other things that blew me away. One of my aunts, also from my mother’s side, divorced my uncle for another woman. I used to think it was a little strange that every time we went to her house there was that same woman there.

Even at family functions there was that other woman. Hmmm they must be super close friends I told myself. I also learned that my Uncle Jeri, who went by the stage name, Misty Dawn had had an affair with a guy for 12 years straight. I always say I didn’t decide to wear girls’ clothing, be gay, become a drag queen, or make somethings difficult or confusing. No! I didn’t. I was born this way, and now I know that it runs deep within my genes and DNA.

Will I ever attempt to change? The answer is NO! I’m happy, content, and love my life (most of the time). It’s been almost like a spiritual awakening for me finding out about a large part of my family tree, but I think I’ll stop seeking anymore answers or surprises, Wow! What else could there be around the next corner? Maybe, my grandmother was a leader in the 50’s and 60’s first gay movement and riots. I hope not!

Ty Jackie for an interesting background. I am sure most of us have a family with the well covered secrets as to who was gay. I am glad to have had a supportive sister and had the same feeling like you esp over girls jeans when young. You sound as though you survived it quite well and like me enjoying the journey with its ups and downs but worth it

What an interesting life! I was just having a nurture vs nature discussion with someone else. No doubt for your and your family it is nature.
It is very interesting too that there are so many others in your family. I know of none in mine, but that doesn’t really mean anything, as any others could have been very closeted.
I’d love to know of course, but that’s not likely to happen!
Thanks for your article, and it was great reading.
Amy

Thank u Amy, it’s a trip to find out but a good one.

Great story! Thanks for sharing it. We never know what skeletons are hiding (literally) in the closet of the family tree.

Jackie, all I can say on that matter is: If it makes you happy, GO FOR IT!!!

I am happy and I do go for it Alexis Thorne. Don’t know why you would say that but I don’t really care either. Thank you you made my day! 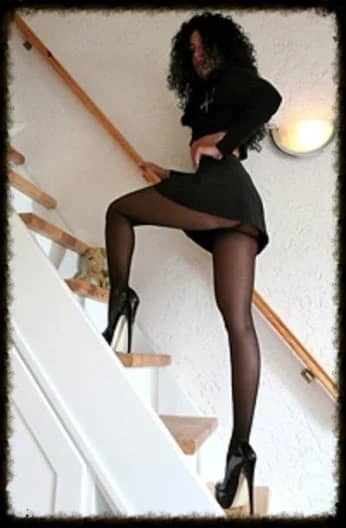 That story was enjoyable to read. Thank you for sharing