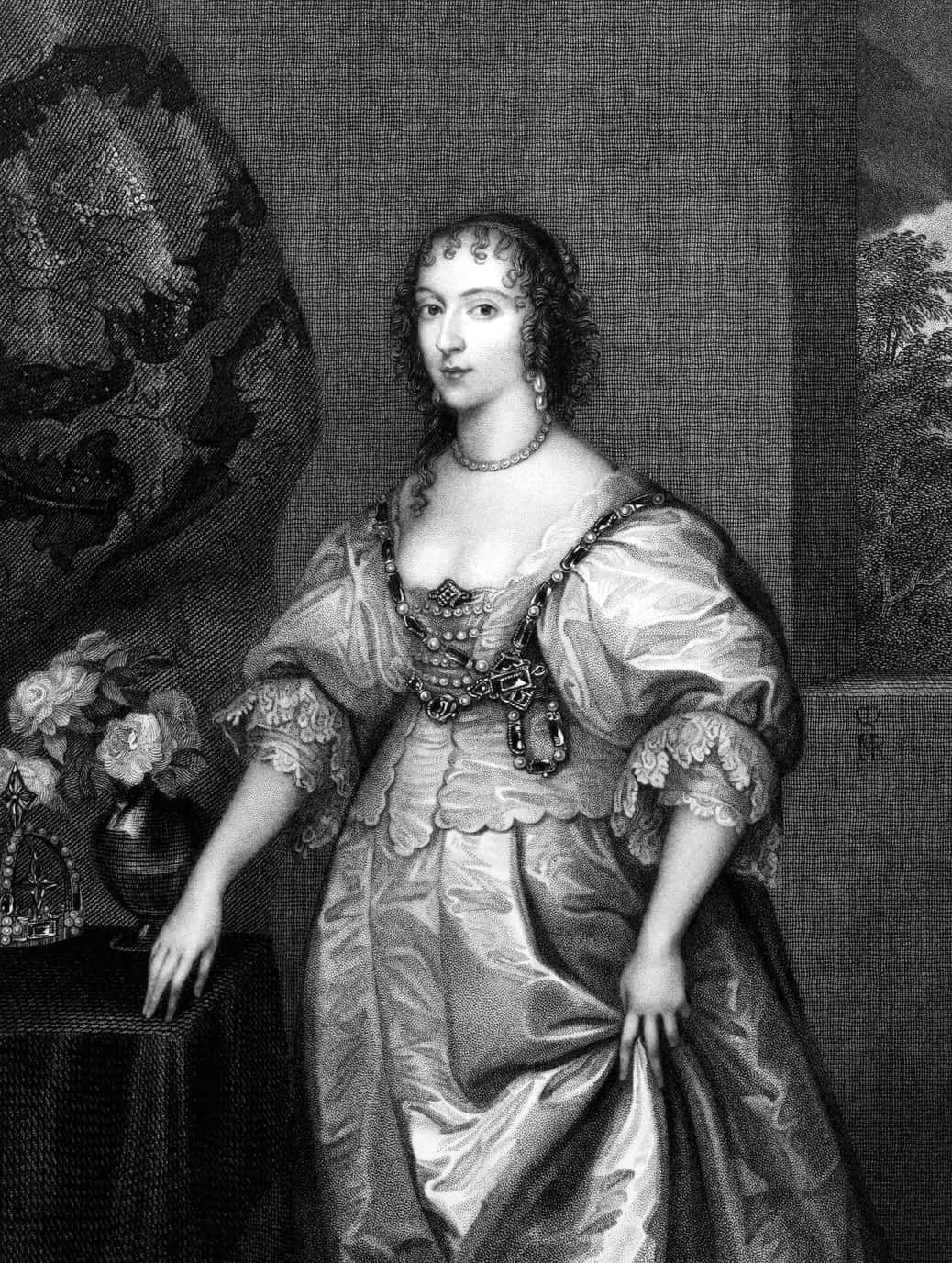 This time we delve into the life of a French Aristocrat, Chevalier d’Eon, who lived through some tumultuous times in his country’s history. He lived from 1728 to 1810, quite a long life, especially when you consider the average age at the time was under 50.

I should clarify, “Chevalier” was not part of his actual name, but a title bestowed on him by the French King for services and is similar to the term many of us are more familiar with, “Knight.”

Born in the Burgundy region of France, an ambitious and intelligent man who lived a long and varied life, a noted swordsman, scholar, soldier, spy, diplomat, and writer. The records I’ve read tend to contradict one another. However, it seems indisputable that at times he did present himself as a woman.

It reminds me of the spy novel by John Le Carre, “Tinker Tailor, Soldier, Spy” only this was real life with some extra twists!

About 1753, when in his 20’s he published a couple of books which garnered him the attention of other French nobility, including King Louis XV, to whom he eventually became a close associate.  He reported directly to the French King, as did a select group without any knowledge of the government, as the King built his own secret network of informants, d’Eon being just one of them.

The French wanted closer ties with Russia, and it was through this endeavor that d’Eon first masqueraded as a woman. He was sent on a diplomatic mission to Russia to befriend and thereby influence the Russian Empress Elizabeth. To do this he donned the guise of a woman in order to become her “reader” though are conflicting reasons for this due to poor record-keeping. Either way, he was quite successful at infiltrating the Russian court and establishing a good relationship with the Russian Empress to the benefit of France.

One must realize that literacy was not common at the time even amongst the upper classes, and d’Eon had been well-schooled in France, so he was a natural for the role, except for this task it was better to be female, than male.

For some men this might have been a problem, though I venture to say most reading this wouldn’t find it too difficult a job to don women’s clothes for a time! There is no record of him having crossdressed before this, but of course, who knows? Even now, many of us practice this in deep secrecy. I dare say that when the time comes for us to depart this earth many of us will take this secret with us to our grave.

The general dress for “Ladies” at the time encompassed a high degree of modesty, customary at the time, which made the deception easier to carry out than it might have been in modern times.

Whether or not this deception was to d’Eon’s liking or not “she” was quite good at it, and again, no record remains of any questions which may have been raised as to her authenticity. Either way, there could have not been much doubt as to her true identity, as she became friends with the Empress. Though to be a Devil’s Advocate perhaps she discovered his real self but found the deception rather interesting. Some women seem to be so much more at ease with a crossdressing man than others.

Thus, having secured better relations with the Empress, “she” returned to France, but the following year was sent back to the Russian court, though in a male role this time, but to allay suspicions he said he was the brother of the woman who had been there the previous year!

This makes me more than a bit curious as to what really transpired during “her” second visit to Russia.

I have to wonder if everyone was fooled by this bit of a fib. Those of us who go out as our femme selves know what it’s often like, the majority are taken in, but then the odd person might spot you as not being what you appear to be, fine with a stranger, but what if it’s someone you know?

Now, this is a deception I have considered using as I have a couple of female neighbours who drop into my home the odd time quite unannounced, which is in a very private setting and maybe they’d find a woman there where they are used to finding a man. Neither woman knows anything about my family other than the obvious, me, my wife, and my adult son. So, it would likely pass muster if I were to say I’m Amy, K…..’s sister, unless of course somehow it were to come up later on with someone else in the household who knows I don’t have a sister. Then I’d be busted big time!

I guess one of those chatty ladies might get to meet Amy one day!

D’Eon eventually secured a reasonable pension from the King of France, though living the last 20 years or so of his life in England presenting as a woman all the time, from what has been gleaned from the records of the time anyway. Some of the records suggest he did not like being a woman since he was trained as a soldier, diplomat, and scholar, others suggest he was quite at home presenting as a woman.

As it is here, where many are part of the military or do other very traditional masculine work, there are those who when the chance arises can’t wait to turn themselves into that beautiful feminine butterfly that lives in their heart of hearts.

I’m sure many are like me, you are doing what you need to do, all the while thinking about how lovely it will be to put on the beautiful new item you just got! For someone to live for such an extended period of time as a woman, I’d say he was comfortable doing it, if he had hated it he would have found a way to go back to using a male identity. A small bit of evidence survives in the form of a calling card, where she signed as Mlle (Mademoiselle) D’Eon, which shows she was out socializing as a woman. One must also be aware that, unlike today, women of the time had far fewer rights and privileges than men.

Then as it happens to everyone in the fullness of time she passed away. However, the people where she lived had long harboured suspicions that she was not as she appeared to be. They took it upon themselves to do an autopsy and discovered that she was indeed a genetic man, and as quoted from the coroner’s report “male parts, perfectly formed, and also some female characteristics, a roundness of limbs and enlargement of breasts.” This has led some to speculate that perhaps she was intersex, although no one can be certain at this point. I find this a rather sad footnote, that their modesty and privacy were taken from them after death.

Was d’Eon simply trapped into presenting as a woman for so much of her life? Or was she, like some of us here, comfortable presenting as male or as female?

I tend to think the latter, in part because it seems she lived the last few decades of her life presenting as female, and as most of us know the desire to be feminine always gets stronger the older we get. There is no reason to suppose that d’Eon was any different.

Nice piece, Amy. There seem to have been a host of “French pretenders” hanging out with Russian royalty and friends back then—the wicked Joseph de Maistre comes to mind—but this is a rather intriguing, creative and fun story That is brand new to me. So thank you very much. I also did not know that desires to feminize may increase with age. Cool. That is a key piece of this cd puzzle that I didn’t even know I was missing. And gosh, it fits right in. So, thank you for that too. Keep up the good work. And big hugs,… Read more »

Thank you very much Ruby. While doing research for this I discovered many other examples, unfortunately many were poorly documented, but at one time they were expected at balls in France, then at others times crossdressing was frowned upon.
Amy

Thank you for writing such an interesting article. I’ve said it before, but I’m endlessly fascinated with crossdressing history. The word Eonism was used as an alternative to transvestism in the early 20th century to describe crossdressing. A few years ago, I came across someone using it in an article from the 1960s and it lead me to discovering the story of Chevalier d’Eon. Before that, I’d never heard of him.

Thank you very much Marie. I too am fascinated by crossdressing in the past, as I think we have more stuff and technology but we are the same otherwise.
Amy

Hi girls.I’m so excited to read this story because mainly that is my ideal time to live.When “women” wore proper women’s frocks but as we know from the story so did men.But I know a lot of girls only want to dress but what about us girls who know they are genuinely a woman in a mans body.I don’t want to dress cos the wife’s away I want to dress cos it’s my right as a”woman”But society see Crossdressers as freaks wrongly so what does that make me.I wd want all you girls to have happiness and fulfilment if your… Read more »

Thank you for your comments Katie. Well that would have been an interesting time to live, with those lovely clothes. Of course we only know that from our perspective in the here and now!
What anyone from that time might have thought about bodycon dresses and bikinis is best left to the imagine I think!
Amy