Home / Articles / Advice and Encouragement / Crossdresser Support and Advice / If I can do it, so can you… 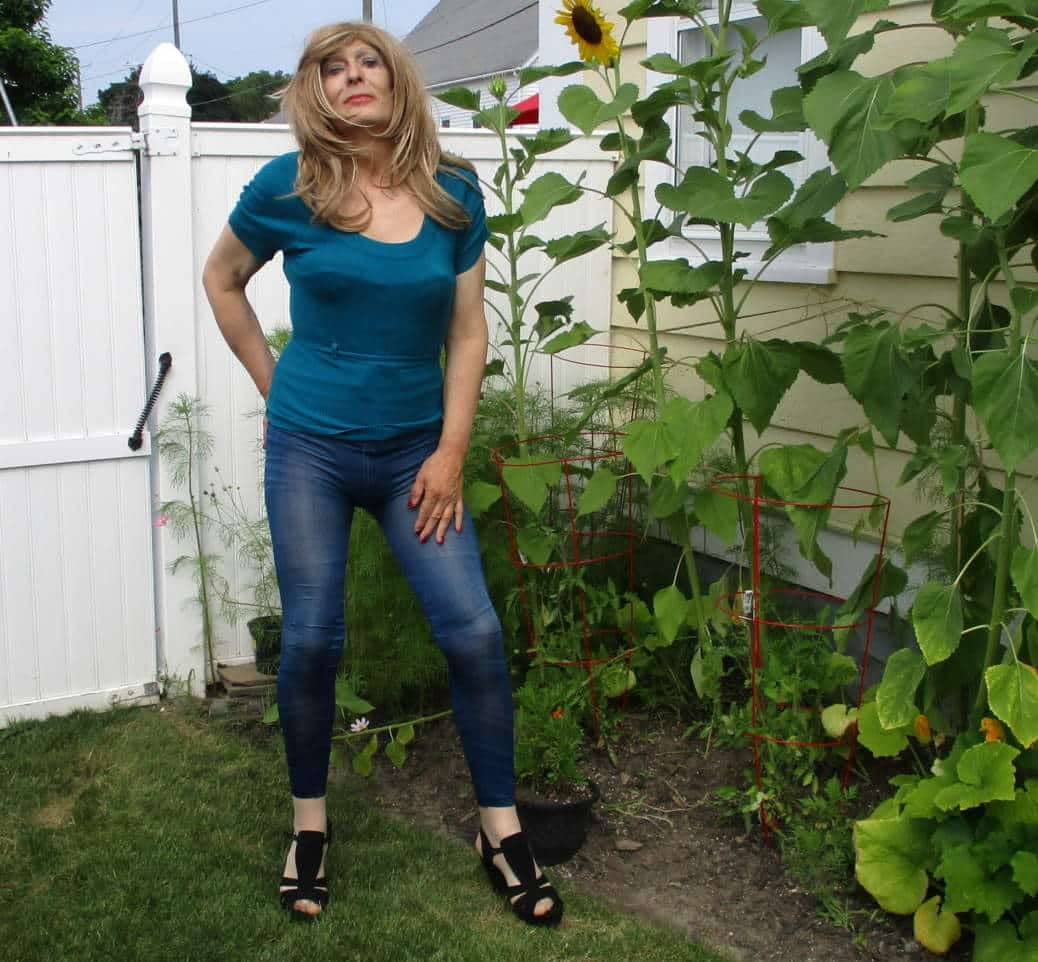 I wanted to share a very special moment with all of you, not only in my crossdressing life but in my life in general.  I only joined this site a few months ago, however, I have grown by leaps and bounds ever since. Even though I have been crossdressing on and off for many years, it wasn’t until March of this year that I accepted who and what I was.

Early this past March I wasn’t in a good place, I was getting a little depressed about my life as it was. There was something missing and I couldn’t put my finger on it. My crossdressing inventory at the time was scant, to say the least, but one morning I woke up and dug out what I had, and while I was putting on a pair of stocking, I realized how good it felt when I got dressed up. Then it hit me, this is what I was missing.

Another thing I noticed, that even though I only had a limited inventory, was that I really didn’t look that good in what I had. Previously, during the times of my past little depression episodes, I would substitute food for the real issue at hand, and I gained a lot of weight. I decided right then and there that I would expand my inventory, go on a diet, and expand my participation in this activity.  In other words, I would go all in “go all in.”  I made an appointment with my doctor, right then and there, to get his advice on a “real” and SAFE diet plan.  With that out of the way, I was off to explore what I would need to “dress” the way I wanted to feel.

I was deeply closeted, so going to buy things in brick and mortar stores was out.  So I got online and started ordering everything I thought I would need, but not having any clue about size conversions and so on, I made many mistakes. I still have an inventory of brand new shoes and clothes in the wrong sizes. Makeup was another issue, not only where to get it, but how to use or apply it properly.  After a couple of months of doing makeup on my own (and getting less than stellar results), I decided to a search for help.

However, I had not yet accepted what I was. I think I had a phobia of even uttering the word “Cross Dresser” or even worse, “transgendered.”  Somehow I did type both of those words into my search engine and many different sites came up.  But after seeing some of them, I was even more scared. At last, when I hit the link to Crossdresser Heaven, bells and whistles went off. Finally, a site that looked like it had good and useful information, yet, I was still scared. I asked myself what was I doing here? Is this who and what I am? Again the lights came on and I felt a rush go through me, and I just admitted it, this IS who I am.  So, I joined Crossdresser Heaven and gave myself a Femme name and the acceptance had begun.  Not only with my inner being, but with responses to my introduction within the site. I immediately started getting responses and every one of them was kind and helpful. Here I found acceptance, not ridicule, I was truly welcomed, and what a feeling that was. At that point, not only did I accept the fact I was transgender, but I fully embraced it. In fact, I even considered transitioning, even questioning my other preferences.  Neither of those things has happened so far, but the fact I considered them was “big” to me.

Since then, I have grown in leaps and bounds and I no longer consider myself a newbie. In fact, I find myself actually giving advice and helping people. I now feel at home with my CD/transgender status and I’ve grown so much more tolerant in general. I have lost almost 50 pounds since I started this journey, I have posted pictures of myself all dressed up in many different types of outfits, which is something I would never have thought I could do. I’ve been watching the progress slowly appearing over the time, with every little step I have taken. Yet, I have had one more thing I needed to do, that is to step out of the closet and into the open as “Erica”.

It had gotten to the point that “going out” was becoming another issue in itself. Around the 4th of July, I decided to take a “baby step.” I carefully checked up and down the street for any neighbors (Nope looks good) and I then went out to the mailbox as “Erica”. I grabbed the mail and then got back in the house as fast as my 5″ heels would allow me.  What a thrill!  Again, I checked for neighbors (nope, all clear), I then watered all the outside plants en femme. I did this for several days, but it still didn’t satisfy my desire, so I knew I had to go further.

Fortunately, I have made many friends here, and they all have been very supportive. One in particular, “Karen” was one of the few friends I have that actually lives in the same State as I do. We have talked many times and I wanted to meet “her” anyway. We have been trying to schedule this meeting for a long time.  However, also being pretty much closeted and with the added responsibility of being a single parent and having a job, it was tough for her to make these arrangements. Well after what seemed like forever, we finally decided that this weekend was the one.

I was so excited yet scared at the same time, as to whether I could actually drive over 125 miles one way as “Erica”. Since I didn’t want our first meeting to me in drab, and I also wasn’t feeling too good about stopping somewhere along the way and trying to dress and put makeup on in some strange location. I made the decision, Erica was taking a road trip.  A couple hours later I met Karen, who was still in drab, outside her home. She recognized me from my pictures and waved me into her driveway. I did it! Being that far from home helped a lot as far as not feeling like I might be “outed”, and I felt very much at ease. We hit off like I hoped we would. She showed me her home and fixed me a meal, she was the perfect hostess. She got “dressed” a little while later and we spent the rest of night talking and taking a few pictures.

The next day, while I was “dressed”,  we went shopping for “women’s clothes” at local thrift stores and had a wonderful time. Later that night, while both of us were now “dressed” we visited a “safe” location to have a drink or two. While there we met 3 other fellow CD’s who introduced themselves, and they were very pleasant and new friendships were made.

However, Sunday morning came around all too soon and I had to leave. The entire time I was as there I never once left my “Erica” persona, I was always “dressed” and in character.  We said our goodbyes, knowing we made a strong, and long-term friendship. I drove home as Erica, all the time thinking of all the things I had accomplished over the last couple of days. And how the events that had just unfolded made this a truly life-changing and satisfying experience. “Erica” will never see the darkness of that closet again, she is now free to do what she wants, whenever and wherever that desire may take her… For all of you who long for or want to do the same, if I can do it, so can you.

View all articles by Erica
The following two tabs change content below.

Hi, I am a post op transgendered woman who is looking to improve herself. l have grown so much since joining this and it's sister site and I am living 24/7 as a woman and have a legal name change....I'm always looking to meet and talk to new friends who share similar interests in growth, especially persons who live local or with a reasonable travel distance for possible meet and greets. .I am caring person, and I'd be glad to share my experiences and help anyone who has questions or fears, maybe confused about their being a CD/Trans-person or transitioning...So if you would like to talk, meet or share, please drop me a line...Thank You!

Latest posts by Erica (see all)

Erica Cartman’s article is very encouraging for those of us closeted in our desire to dress. Progressing to be en femme 24/7 is a monumental step and not for everybody. The strength and courage to do so is admirable. The positive tone of this article is welcomed and cause to ponder. Acceptance and confidence in our female selves is daunting.

Love your article. Thanks for Sharing Erica. I’m sending a friend request and hope we can compare notes on being late bloomers (or any thing else for that matter).

I do think it would be brave to go full from full time, not sure it is for m e