Year of the Phoenix Part two. The downward spiral 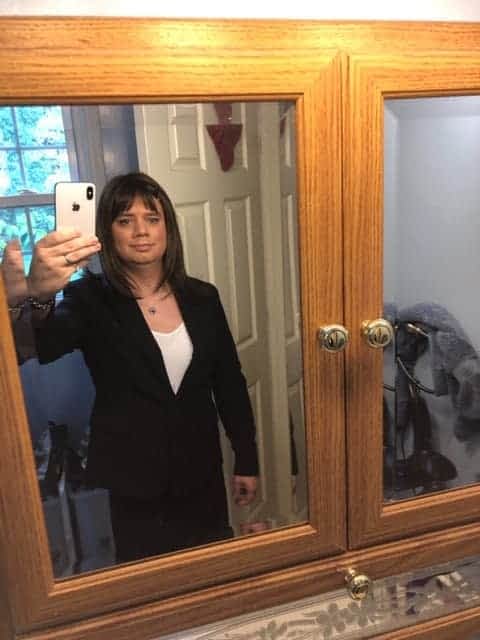 To continue, 2018 began with me being in a state of limbo, so to speak. I was caught between dueling personalities.  One existed solely because of the fear that my world would fall apart if anyone found out about the other. And that other one was giving me increasing amounts of euphoria, but also leading to crippling depression at having to keep it hidden. I couldn’t see the truth building up inside my mind. I was still many months away from realizing this.

I went back to the endocrinologist towards the middle of January. My hope was to start estrogen, but my appointment was a disaster. I do not think this doctor had any idea of how to treat trans individuals. He told me that I would make an ugly woman, and then heavily suggested I was making a mistake. I was too timid, and he took advantage of my vulnerability. I left feeling ashamed.

At the same time, my dad was in the hospital. He’d been sick with a cold for over a month and had developed C. diff. My dad had never been in the hospital and was rarely sick. My dad has always been my idol, my best friend. I feared immensely ever coming out to him. The fear that I would lose that bond we had. He was a John Wayne type personality. I failed to live up to his masculinity, and this caused me great pain in my youth, but we were always friends. I yearned for my parents approval, and I was deathly afraid of being their disappointment.

After my devastating appointment, I called my dad to see how he was doing. We talked about 15 minutes or so as he was on pain killers and so couldn’t talk very long. He ended the call by saying, “I love you, son.” Unbeknownst to him, this caused me great emotional pain. After our call, I cried for about 20 minutes. Crying at this time in my life was not a pleasant experience. It would drain all my emotional energy and leave me very vulnerable.

When I got the call three days later from the endocrinologist that I should start estrogen treatment, but that he would not prescribe it, I fell into the worst depression I’d ever experienced. I missed around 12 straight days of work. I saw my therapist somewhere in there, and he was very worried and emotional for me. I wanted to die. Not in a suicidal way, but I was definitely fed up with all of it. Death seemed like the best resolution for everything.

I wouldn’t hurt my family by coming out, I would be fighting with myself. I was in the darkest dark. The last glimmering light of hope was my wife. She supported me through everything; encouraged me along every step, and she loved me through all of it. How could I abandon her and leave her devastated with my absence. So I sought help. My therapy was a helpful, but I needed something more. My doctor prescribed anti-depressants.

The amazing thing was how the drugs helped me to shed all the troubles off my back. This allowed me to take a perspective look at all the elements of my life and existence in a way I wasn’t able to before. Slowly, I began to see myself a little more clearly. I found the courage to call another doctor for HRT. This time I was more confident in knowing more about what I wanted. In the middle of May, I had an appointment with my new doctor and walked out with scripts. This doctor was a lot more encouraging and helpful, and I began to take the first steps. I still wasn’t sure I would socially transition, but I was taking control of myself.

View all articles by Stephanie Houck
The following two tabs change content below.

Thanks for sharing Steph. I look forward to the next installment!
Cyn

Thanks for the article. Enjoyed and looking forward to more

hello dear you are looking beautiful

Thanks so much for sharing this, Stephanie! Lots of hurt, but seeing some positives in the end. I hope it continues to go well and you continue to find perspective!