The year of the Phoenix part 1 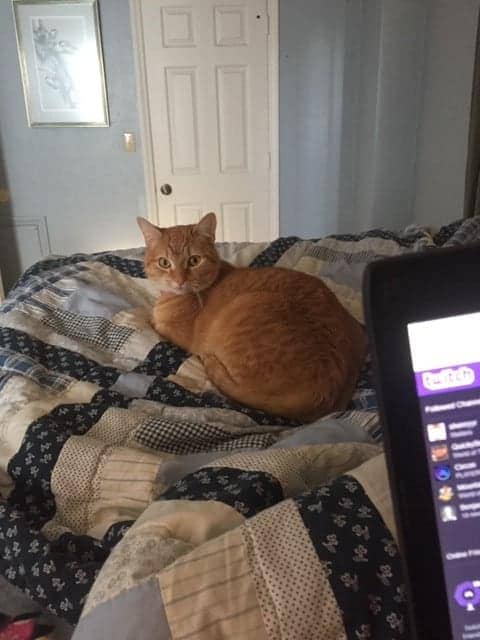 The year of the Phoenix, 2018; it was the absolute worst year of my life, and yet, the most wondrous year of my life. The year rang in amongst a chaos of emotions throughout my life at that time.  My egg cracked years before, and I was still trying to decipher the fallout while trying to maintain a modicum of the life I had spent more than 30 years building.  I had extensive internal trans-phobia; I was scared to death and constantly running the gamut through periods of depression surrounded by periods of just existing.

I grew up in what I considered a normal childhood.  I had bouts of depression and struggled with my own happiness.  I did not know then that my mind was trying to tell me I was having a disconnect with my gender.  Any and all clues that I can look back at now and go “duh” about, I’d always made the assumption that “X” would cure me.  Getting a girlfriend, going to college, becoming an adult, and being cured by love would all fix it.  Something was going to save me and snap me out of the general unhappiness I had with myself.

Well I had a girlfriend, graduated college, found the love of my life, got married, and found a respectable career, but something was always still amiss; I hated myself.  I didn’t have any appreciation for me.  I did not feel handsome, and whenever someone would say as much, it would generate discomfort or even anger at such an observation.  I hated looking at myself, hated my voice, and I hated having my picture taken.  I probably have more pictures of myself from June of 2018 to now (Aug 2019) than I did for the 39 years prior 2018.

I only ever found validation through others—making my parents proud, overachieving at work, being good at a video game. I never appreciated myself for being me.

Growing up I found crossdressing fascinating. If only it wasn’t represented as such a degrading act; the Jerry Springer show, villains in movies, or mentally deranged individuals. That is how gender-bending was seen when and where I grew up.  There just weren’t many positive representations for me to even understand, or to help me figure out what was going on with me.

There were a few instances where I was intrigued. My first fascination probably occurred while watching Nirvana videos on MTV.  I was fifteen when Kurt ended his life, and that year I got to see lots of tributes, videos, old interviews, etc.  There are several instances of Kurt or the band crossdressing. I always found that interesting, but still felt uncomfortable because it had just been for show or the shock value.  The confidence in it though is what stuck with me.

There was one specific interview for Head-bangers ball on MTV.  Kurt wore a big yellow ball gown, “If you gonna go to the ball, you’ve got to dress for the occasion.”  I always thought that must have taken a lot of gusto to pull that off.  But I could never do “that.”​  There was also a blurb on the inside cover of their Insecticide CD, that was very pro-LGBT.  At the time, I was very impressed by a band taking that kind of stand; it just didn’t seem to happen a lot at that time.  I always had empathy for LGBT individuals; I had never considered that I was one.

In the early to mid-2000s, my fiancée and I lived together while she went to veterinary school and I attended grad school at the same university. She got into anime from a classmate of hers, or at least borrowed a lot from them. About the third or fourth series we started watching was Ranma 1/2. If you are not familiar, the main character, Ranma, is cursed after falling into a sacred pool. Every time he gets hit by cold water he turns into a girl, and the show pretty much revolves around the antics that go with such a gig. This was what officially put the first significant crack into my egg. “Wow! That would be interesting.” Light bulb goes on.

The next several years followed with lots of little experimentation—under-dressing, playing with my wife’s bras, and even incorporating light crossdressing into our sex life.  In mid 2016, I got the grand idea that I wanted breasts; not breast forms, I had already been utilizing those for about a year.  I wanted my own.  I had yet to come to the conclusion that I was trans. Sometimes my thinking brain takes a few light years to catch up with my emotional brain.

So in January of 2017, I got breast implants.  Not huge ones, but a good size for me to feel happy with, but I could still hide under baggy clothes.  I underwent over six months of therapy with my therapist prior to surgery, and I thought this was going to be great for me.  I got be gender neutral and enjoy feeling feminine when I wanted, while I could continue to present as a male in my daily life.  This was going to solve all my problems.  Um, oh no sweetie, you just opened up Pandora’s Box with no way of closing it.

I continued to see my therapist; in fact, I still see him to this day.  We continued to discuss all of this, as well as my ongoing depression and anxiety, which were getting worse.  I started to realize more and more that I wasn’t non-binary. I was slowly discovering that I was very much binary, and not in a way where I thought that I could continue to live the privileged life my wife and I had built together.  This scared me to no end. I just could not solve the ongoing crisis building up inside my own head, and my two “personalities” were coming to a head; something was going to have to give. I didn’t know which it was going to be.

I saw an endocrinologist in November of 2017 to discuss the possibility of HRT.  The doctor made me very uncomfortable; however, he did prescribe me spirnolactone. I was scheduled to see him again in January.

And thus my journey enters the year in which everything would change; for worse and for better.

View all articles by Stephanie Houck
The following two tabs change content below.

Steph, thanks for sharing your story and I can’t wait to read parts two and beyond. While I’m still working out my path and uncertain as to the destination, I have come to accept that I am “different“ than the “average” person -not “bizarre”’ but “distinct”. Maybe that’s not the right word either..IDK. But the key was coming to the realization that I was still someone of infinite value and worth even if some others don’t always accept that. My value comes not from someone else’s opinions and neither “because of “ NOR “in spite of” the part of me… Read more »

Hi Stephanie. I know so well your story. .I like to ask you if you ever read The Real Me .Its a very good book.its about true stories about us .Good luck too you .I will send Angels your way .I am looking forward to read rest of your story 00