Can crossdressing turn a frog into a… princess?

Home / Articles / Advice and Encouragement / Crossdresser Support and Advice / Can crossdressing turn a frog into a… princess? 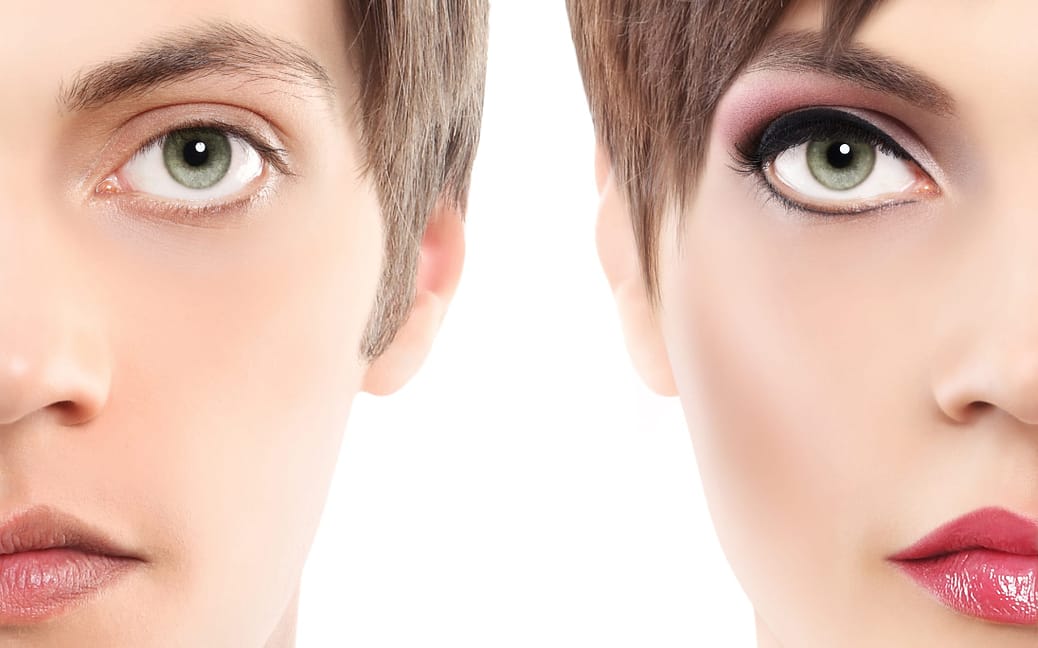 Could a man who didn’t fit the established standards of beauty or who didn’t identify himself as handsome become handsome as a crossdresser?

A job well done with clothes, waxing, wigs and makeup can turn a grown man into a beautiful woman.

Of course the result will not be so feminine in an overly masculine body, but the result can be good.

Crossdressing can improve the self-esteem of many men, but it is still taboo in society. Also, being crossdressing 24 hours a day is still a challenge. Makeup is more complex and time-consuming, for example.

On the other hand, women’s fashion has more options than men’s. This diversity offers more possibilities, so it can help an ugly man to become a beautiful woman.

If makeup can completely transform a woman, it can transform a man too. The same goes for clothes, hair (wigs), jewelry and curves.

A bra and panties with pads or forms can be transformative and very feminine.

Of course, in addition to clothes, curves and others, it is necessary to have notions of posture. The voice and way of walking and acting should be more feminine, for example.

The job market in general is not yet open to this group, which could pose problems for those who want to work dressed as a woman.

While crossdressing can close doors, it can open windows on the other. Mainly in the artistic world.

Yes, you can play female roles in dramaturgy or even create a female alter ego and be a dancer, a singer, a comedian, an artist. The sky is the limit, especially in YouTube times, when many people became influential without depending on major media networks.

Perhaps crossdressing can achieve space on the catwalks. It would be very interesting crossdresser models.

The fashion world has already started a process of unisex clothing – from lingerie for men to unisex dresses.

This is just the beginning.

A simple man can become a celebrity and have his life totally changed.

Recently, the sporting world is experiencing a controversy: MTF transsexuals are accused of having an advantage when they play in women’s teams.

Some athletes who when men were mediocre became victorious after changing sex.

But this is too complex an area to be discussed in this article.

A man who is in a mediocre or failing moment, whether in his personal life, professional life or both, can become successful if he adopts the “fem way of life”.

Of course, this will require an increased dose of courage in a society full of taboo, but the payoff could be magnificent.

Do you think crossdressing can bring any benefit to your intimate, personal, social and/or professional life?

Do you think about enjoying and showing your feminine side better?

Do you think crossdressing can change your life?

Thank all of you girls for taking the time to read my article!  Now please take just a few moments to either send in a response to my article or to answer one or more of the questions I’ve posed to you above!

Being honest, I’d love to live 24h dressed as a girl. I hope I can achieve a safe condition to fulfill this dream soon but, meanwhile, I keep all my stuff stored far away from people who can make me feel bad because of it. Just waiting for better days and doing tons of plans with attire, makeup, places to visit…

That day will come!

Yes totally,i would say that when i dress as dee i look so much better than i do as a man xx ﻿ ❤ ﻿

Barbie was a fetish model who earned about five times more than John ever did. I was a one time bodybuilder so I had a very masculine body that I transformed with diet and corset training.