My First Kiss As A Woman 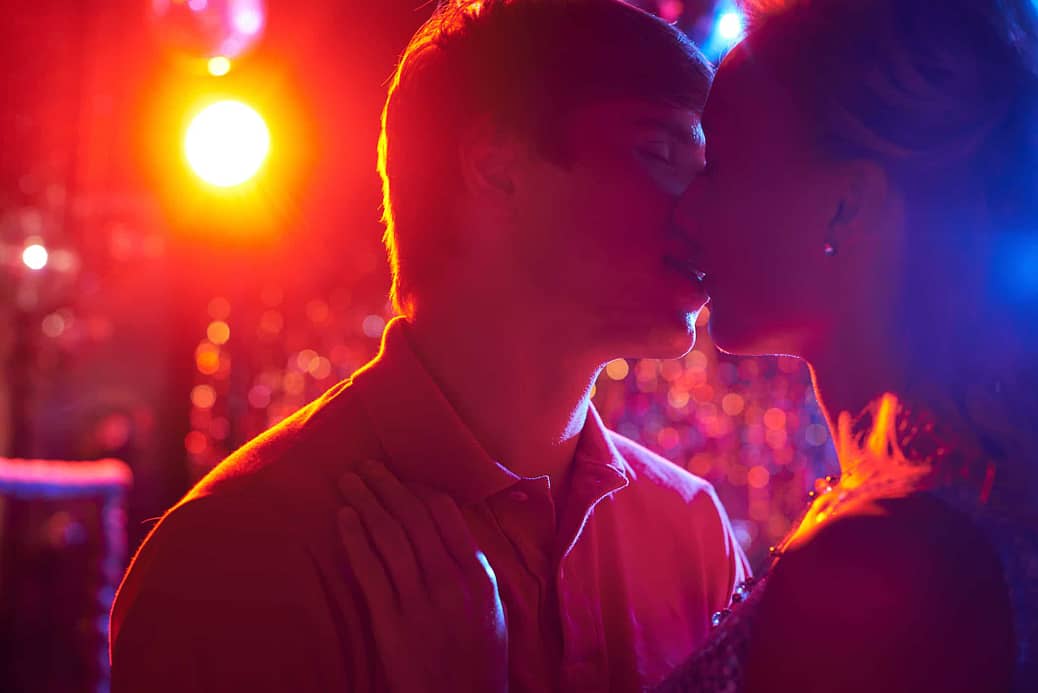 Me?  How old was I?  Old.  Probably 28 or 29, maybe 30.  I was long passed the time when the clothes were an end in themselves; and being Cassie in the world, in public, was the wonderful pleasure.  I had long since decided that I wasn’t a transsexual, but that the occasional woman that was Cassie was quite entirely a woman during those occasions.  But, it wasn’t until then, the first time that she, that is I, was kissed as a woman by a man that I realized how quite entirely that entirely was.

Until that kiss, I considered myself comfortably heterosexual.  I was studiously not homophobic; but I just couldn’t imagine a physical relationship with a man to be of interest.

He was a trim, good-looking man in jeans and a button-downed shirt, long-sleeved, but with the cuffs turned up a couple of folds, maybe ten years older than me, smart, funny, and sweet from the first words.  He bought me a drink.  I knew he knew from the first, if for no other reason than the club in which we met.

We wound up that very first night talking for a very long time, alone together at a quiet table.  We got up to dance several times.  But mostly we just talked.

Then, suddenly, towards the end of the evening, during a sweet, slow dance in a shadowy part of the dance floor, it happened.  It was more a nuzzle than a kiss, an extended nuzzle at the place where my neck met my shoulder, right there on the shadowy dance floor.  My reaction surprised me; it was so immediately, completely feminine!  I all but melted into his arms on the dance floor.

It was, by far, the most absolutely female I had ever felt to that moment.

I had felt particularly pretty that night from the time I had left with my friends to go out.  (I think to this day that the dress I was wearing that night will be my favorite of all time.  I have it somewhere still, I think.)

I think, unlike a man, a woman’s sense of her own attractiveness at a given moment is very important to her own sexual response, so I believe that the lucky coincidence of my feeling good about myself and the way I looked that night had a lot to do with my own reaction to this man’s obvious interest in me as a woman, the kind of interest  a man is anticipated to have in a woman, made it seemed only as it should be, only natural.

The real kiss was a little while later that same evening, under the stars, in a little park about a half block from the club.

A warm summer evening, in my pretty off-the-shoulder dress and wedge sandals, enveloped in the arms of a man, a man a decade older than me, physically much bigger, gentle but strong, his arms around me, my eyes closed, focusing on the feeling of his soft lips.

Thanks for taking the time to read my article and please take a few minutes to either respond to my article or send me an answer to one or more of my questions posted above!

Cassie
You write very well and the reader has a very good sense of where you’ve been and how you feel.While I’ve NEVER given in to a man, I actually (and very surprisingly) could relate to what you’re describing. Just for the utterly feminine feeling it brings. Not there- at least not yet and probably never.
Loved the story though
Abby

Thanks, Abby. For me, too, now, it’s only in memories. But those memories (and journal entries I re-read every once in a while) stay sweet.

I had met this man (he was younger than I) for lunch several times. It became obvious after 2 or 3 meetings that he hoped for more than just having lunch together. This was outside of my comfort zone. After few more meetings at which he continued to ask for a kiss I did consent for some “thank you” type kisses. Eventually, I told him that I was not going to be able to give him what he wanted and that it was not fair for me to continue to see him under those circumstances. He always treated me as… Read more »

Carole, even just that though, in my opinion, is a very special kind of memory for a crossdresser. As they say, there is nothing that a crossdresser can wear that is quite as good as having a good-looking man on your arm as you walk down the street!

Just had to smile when I was watching television show Highway Thru Hell
Two men working on recovering a wrecked truck and afterwards one of them said
You’d be surprised what two men can do
It made me think about what I did on vacation with a man who I met with.
I guess that you can read between the lines and figure out what we did

Hey Cheryl Ann. I think that you really did read between the lines about what we did

There really is nothing like that first kiss when dressed as a girl, my knees really did go weak, and my heart skipped more than one beat. You never forget that feeling. So happy for you that you know that feeling of being desired.
Stay safe
Evelyn x

Thanks, Evelyn. It was many years ago now, but I will never forget it.

Cassie – wow, great article, great topic. One I could think about all day long.

The first time I ever dressed for a man, he kissed me, held me, and then did so much more. He too was much older, bigger than I. That was the most electrifying night and feeling of my life. I think about it so often, almost like it was a dream that didn’t actually happen. That perfect night with the perfect man that has never quite been recaptured.

my huge regret from that night is how i let that man get away. younger me thought men /situations like him would be easy to find and frequent. that proved not true over time. but sexually that was one night of absolute perfection that i wish i had a time machine to revisit 🙁 he was a perfect man (for me) and an incredible lover and he loved my dressing. what more could i have wanted?

Its an experience every girl must try now

Once you are “open to it,” it can happen. Remember that the title of my essay was “my first time” not “my only time.”

I still remember my first kiss, it was amazing, feeling his lips touch mine and how natural it felt. I loved being held in his arms and feeling our bodies touch each other. I love how he made me feel alive inside and that he saw me as I truly felt, as a women. I wish time could have stopped that night and we could have been together forever.

Lovely memory, so similar to mine! No matter what, no one can ever take that memory away. We always have it there to take out and re-live. Decades later, it can still make my breathe quicken.

Hi Cassie I just read your post on being kissed as a woman. I to have experienced being kissed by a man so I know how you felt when it happened to you. Some parts of your experience were similar to mine when it happened. We were both in a club and met the man that we were kissed by. However I was on vacation at a resort. After meeting this man we talked for awhile and it was obvious that he thought that I was a woman He was quite the gentleman and treated me like I had always… Read more »