The first bra we never forget! 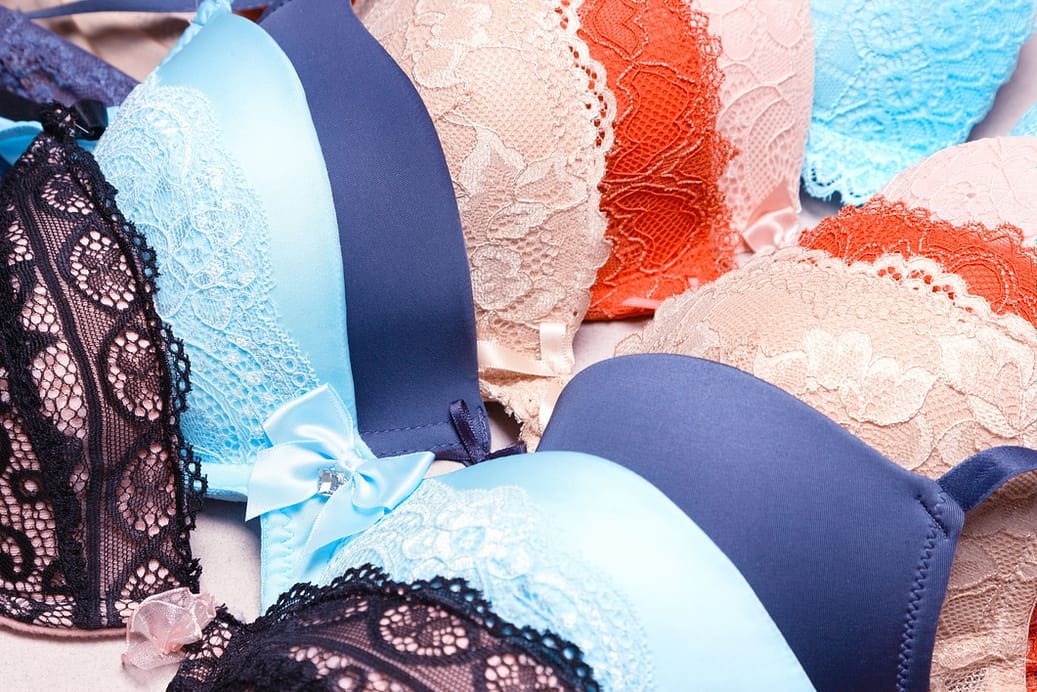 The first bra is a unique and special experience: in addition to reinforcing the bond between mother and daughter, it marks a transition to adolescence.

More than that, it is one of the first steps for a girl to become a woman: the bra is a garment that only women wear – there is no similar garment for men, boys and… girls under 12 (no) 11 (no) 10 (no) 9 (no) 8 years – yes, they are starting to use earlier and earlier. Perhaps modern life is helping their development.

But how do we have to deal with this memory – or lack of it?

Most of us didn’t get a bra from our mother (or someone else). We had to run after one, often hidden.

A boy who has the urge to try on a bra and asks his mother for a bra will certainly have his request refused.

In my case, when I was 11 years old, I noticed that girls at school started wearing bras. I was curious about that piece that only girls wore. I have a slightly older sister. One day, at home alone, I went to her room and found a training bra. White, plain – with a little bow between the cups. I wore it and I fell in love. I had to learn to adjust the straps and button it in the back.

Although I don’t have it anymore, I remember it perfectly.

I don’t know if that bra was my sister’s first bra. What I did know is that my first bra wasn’t my first bra. It wasn’t mine, they didn’t give it to me. I just borrowed it on the sly and I should return it to the owner’s drawer.

Some of her bras I managed to “deflect” for me. She believes to this day that they were donated. I managed to hide them and sometimes I even went to school with them.

After a while I managed to buy my own bras – but I’ll get to that in a moment.

But many boys had the opportunity to receive a bra.

At events like Halloween, womanless beauty pageants, punishments or other games, boys have already been given a bra to wear. In this chance, some boys fell in love with the bra.

Amazingly, some mothers have already proposed and even given a bra to sons with gynecomastia. This is perhaps the closest recollection of most women’s experiences of the first bra.

Many spend their teenage years wanting to try on a bra – with luck, some manage to try on their sister’s, cousin’s or mother’s bras.

Others have to wait until adulthood to get their own bras.

The first bra I bought for myself was a black lace bralette with hooks and lace straps.

I remember when I bought it and it is one of my favorites and I still have it today. Over time, I built up my collection of bralettes, push-ups, black, white, pink, blue, red…

Our memories are an important part of our life. Our first bra is definitely part of that.

It doesn’t matter if you were presented with a bra, if you borrowed it from your sister or if you bought it yourself: the first bra we never forget!

– Do you remember the first bra you wore?

– Do you remember the first bra you bought?

I’m looking forward to the answers

I loved your post, Marie Claire, brought back memories. I must have been around 12, I think, when I first discovered dressing as a girl. My sister was 2 years older and it was her bra, panties, tights and dress that I wore. She was the perfect size for me at that age. I can still recall the little bra and the first dress I wore. After she left home I had to turn to my mother’s clothes, much more risky sneaking into her room, worried about being caught out. Then, for a number of years after I married, I… Read more »

Great article hun, I do remember the first bra I tried on actually. It was my mothers panty/ bra type girdle in one. I stuff the cups with my socks and put on some pantyhose which I had already experimented with. The first bra I bought was a black with lace trim soft cupped bra. This time I was water balloons to put in the cups. And thirdly no I wouldn’t want to change a thing. This was many years ago and the start of a big part of who I am today and didn’t even know it at the… Read more »

I remember the first bra I tried on, the first bra I bought, and every bra after. Each one has a story. Same for all my heels and flats. If only they could talk, the stories they would give away.

Hi ladies, thanks Marie Claire. The first bra I recall wearing when I was probably 10 or 11 was borrowed from my mother’s lingerie drawer. It was black and cream lace with very padded cups that I stuffed with socks. After that I always borrowed a white strapless one that had very stiff padded cups, it was easy to put it back in the drawer so it wouldn’t be noticed, so I thought – she knew! The first bra that was mine was bought in a department store, I told them it was for a costume party. It was a… Read more »

great post! My first that I bought was from one of those shady adult stores in college. All my friends and roommates were out of town, so I got the courage (fueled by liquid courage) and went to the closest adult store and found a beautifully tacky red full demi bra in the biggest size they had, of course. It wasn’t very pretty but it was ALL mine! I then bought some online when Ebay became big and followed up by a bright neon green push up bra at Frederick’s of Hollywood. Wow what a jog down memory lane you… Read more »

My first bra was given to me by my Mom. She had found one of hers in my room and asked me about it and the panties she also found. I told her how it made me feel and how happy I was when I had them on. A few days later I found 2 pairs of nylon panties and a cotton training bra in my drawer. I was around 6 or 7 and I was thrilled to have my very own. She told me to never wear them to school and only wear them at home. I did as… Read more »

What a wonderful experience.
Congratulations on her mother, she was of a unique understanding and sensitivity. (I wish mine had been like that too)
At the same time that she presented you with bras, she warned you not to have problems outside the house.
One day mothers will evolve like yours did.

Just had the urge one day to try on my sisters bra when home alone and loved the look and sensation. I was immediately transformed in a pink fog and felt it in my behavior as well. After I was on my own I had a professional bra fitting at a shop catering to tgs and havent stopped since.

I remember discovering my mother’s black lace bra hanging on the clothes line. I was really surprised to see that because my mom usually wore white bras. This was so different so sexy. Of course I had to try it on. With lots of tissue to fill up the D-cups, it just didn’t look right on me. One day I noticed it was in giveaway so of course I had to rescue it, it was too sexy to give away and I should have it. As time went on I never own a bra but I did have lots of… Read more »

Hi Marie Claire,
I do recall trying on my first bra. It was my sisters, nylon cups in white. My mom had an egg shaped container on her dresser that I would empty and put half in each cup. I loved wearing that bra when I would stay home sick from school. I’d wear her pantyhose as well.
I was really in Heaven when I found she had a one piece all in one.
Now that will always be a memory I’ll cherish.
I know own 6 bras
CDJENNIFER

Like most of us , my first time was wearing my much older step sisters bra and girdle at about 9 years old. Couldn’t get enough, I’d wait till the house was asleep and sneak upstairs to her laundry hamper and go back to my bedroom with her cloths and wear them till morning and then go and put them back in the hamper, I have no idea how I never got caught. This went on until she moved out of the house, I was lost but began to check out donation clothing bags put out on trash night and… Read more »