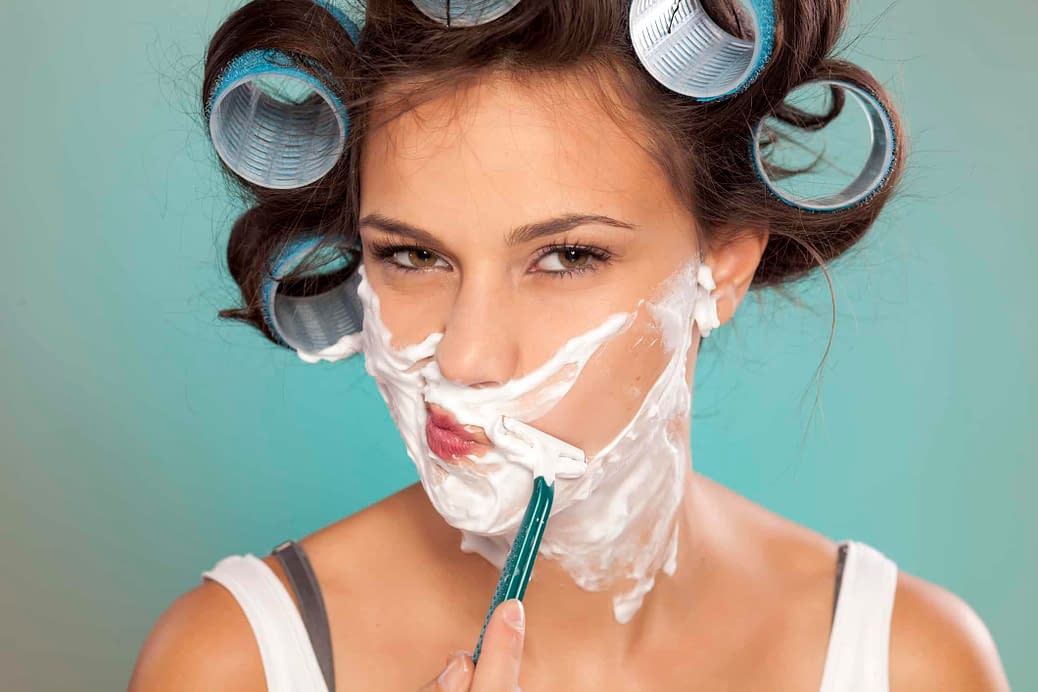 Have you ever gotten the best of both worlds, without even knowing it? That’s what happened to me when I met my husband nearly two years ago.

I’m a straight woman who loves men, but I’d had my heart broken twice: once when my husband of 21 years died suddenly and once when I foolishly married a mean alcoholic while still grieving. With no place left to turn, I started over. I moved to a new city, took a new job, made new friends…. Life was good.

Then I met Prince Charming. One day at work, the man of my dreams walked into a conference room and straight into my heart. To say it was love at first sight is a severe understatement! He was widowed; very powerful and successful in a male-dominated field; tall, smart, sexy, handsome — the complete package. Amazingly, he fell in love with me, too. We married less than a year after we met.

My husband was very inexperienced sexually. He’d married his college sweetheart and was faithful to her until she died. He dropped hints that she had been very straight-laced and that sex with her had been plain, rare and unadventurous — the opposite of me. I helped my husband open up sexually — and wow! Did he open up!

About two months ago, he suddenly asked if we could be intimate while he wore my panties. (I’m into lingerie and have quite a collection.) I of course said yes. It was fun… and then it snowballed. Suddenly, my ripped, former-triathlete husband wanted to dress in my panties, stockings and silk robes every time we were intimate. Well, er, OK. Then he wanted to shop for lingerie for himself online. I dutifully helped him pick sizes and colors, all the while freaking out.

I’m adventurous, but had I married a gay man? Was Mr. Master of the Universe really Mrs. Doubtfire? Into the internet I plunged and found Crossdresser Heaven. Thank heaven! Here and on other sites I learned not to fear my husband’s feelings and desires. He’s not gay, he’s not a freak, he’s not bored, and he’s not going to become transgender. I learned that many men have a feminine side or feel like women inside but never have had the freedom or confidence in their marriage to show it.

That’s the case with my husband. He’s 100 percent into women and loves my beauty and sexiness as a women. As he puts it, he could almost be a lesbian, because he loves women, but he also feels that he has a feminine side.

I won’t say this hasn’t been an adjustment for me. Seeing my broad-shouldered husband in lipstick and lingerie took some getting used to, and I still like him best in his guy guise. But some great things came along with accepting my husband as he is.

First, we are totally open and honest with each other. He can tell me his feelings and desires and is grateful that I don’t freak out. Second, nurturing his feminine side has helped our marriage. He always has been a loving, kind, sensitive man, but I now recognize that those are his feminine qualities. Honoring the woman in him has made him even more loving and tender towards me. Third, it’s helped me realize that I love my husband completely — all parts of him, not just the ones that fit the “tall, handsome, athletic man” stereotype. Finally, it’s sort of fun having a husband AND a best girlfriend!

I don’t know where this journey will lead. My husband says he has no desire to ever fully cross-dress, go out in public as a woman, or transition. He loves being a powerful man — but a man who from time to time likes to dress as a beautiful, soft, sexy, feminine woman who is my love slave.

One thing I know for sure: wherever this path takes us, I will always love my Prince AND Princess Charming!

Genetic woman married to an amazing man whom I love dearly who recently shared his cross-dressing desires and his feminine side. Here to learn and get support on this new path, which has been amazing so far!

Tags: accept her crossdressing acceptance coming out to your significant other

hello and you are one of few woman that will except the x dressing, now that you found this site you can find more info on x dressing. I am a 56 year old male and love to dress up from head to toe, make up, perfume, ear rings lip stick. heels. I buy my own female clothing and yes even pads, gives me that real feeling of what real woman feel when wearing one. my wife knows of my x dressing and knows of my female stuff, she told me I have more then she does. my wife does… Read more »

I think you have an understanding wife from what you wrote. With a 22 year old at home that does I believe cause problems for both of you unless you come out to him/her which may not be the best direction to go. Best wishes

no son does not know about my x dressing and I will leave it that way, I do believe my daughter knows of my x dressing for she has seen a pic of me dressed up and showed mom the pic, my daughter told mom its his body not hers, so he can do what ever he wants to do. my niece might know but not sure I had her dress me up for Halloween one year.

Hi, Lucinda. Thanks for sharing your story. My apologies for the slow reply. All the coronavirus furor has kept me busy. Hope your safe and well, and all the best,
Lynne

hello Lynne yes for sure stay safe is our main priority. its going to be a hard road ahead of us with this Corona virus going around, too bad the government and president knew about this in January and we find out in march. its the plaque, take antibiotics and stay healthy. I do enjoy dressing up but its harder now for wife is home from work till further notice even tho she knows I dress up. our son still has a job working in a food store. I am medically retired. I under dress allot during the winter time.… Read more »

Lynne, you are an amazing woman. Hats off to you. My first wife was my highschool sweetheart. She knew about my crossdressing before our marriage. We had 9 wonderful years together before I lost her. During that time she supported and encouraged me. She taught me things a mom teaches their daughters on how to be a lady. Numerous times we went out in public as girlfriends when away from home. Casual blue jeans lunches and fancy dress dinners. I was devastated when I lost her. I remarried four years later to a magnificent woman with two children. Last fall… Read more »

Hi. Stephanie. Sorry for not replying sooner. All the coronavirus stuff kept me away from this site. I’m so sorry about your first wife. As mentioned in my article, I am a widow, so I know the pain. Sounds like you’re in an OK comprise with your wife now. Thanks for your kind advice to me. It’s a journey, for sure! Stay safe and be happy!
Lynne

There’s no guarantee how a woman will react to learning her husband has a softer feminine side and lines to dress up. It’s not one group of women who like it as and the other not like it. Being liberal or conservative, religious or not, and so on does not automatically mean a spouse will accept it and to what degree. I think you on your own taking time to read up on what seemed to be developing in front of you definitely helped you to eventually come to positive terms with it. It sounds like your husband also is… Read more »

Hi. Brenda. Thanks for your comments. I love that you shop with your wife and keep the focus on her. Very kind and classy!
All the best,
Lynne

Thank you so much for sharing Lynn! I’m very happy for both of you and happy that women like you (and my wife) exist!

So happy for you both. As you found out dressing releases our feminine qualities. It so awesome that you appreciate that in your man.

Hi, Stephanie. Thanks for your kind comments. I understand the small community thing. Maybe we’ll get to a place in this world where that won’t matter any more. Be well!
Lynne

Thank you, Lynne. How wonderful that you are able to support your husband in the way that you do. I completely identify with the way you say that he feels almost lesbian; that’s exactly hwo I would describe how I am: a man, but totally aware of and confortable in my feminine side. I have no wish to transition either, but just love being Robyn. I am on my own (75) so don’t have to worry about how a partner might feel. I cross dress when with friends (temporarily on hold!), and whenever I feel like it. But unlike your… Read more »

Hi. Robyn. Thanks for your comments. Apologies for my slow reply. Coronavirus angst! My husband loves to online shop, too, but we haven’t tried it in a real store. Good for you that you go out with your friends! Keep it up and all the best,
Lynne

Reading your letter made me think of my own experience with my SO. There are several similarities and she has also been incredibly accepting of ALL of me!