Things are worse in your head!

Home / Articles / Advice and Encouragement / Crossdresser Support and Advice / Things are worse in your head! 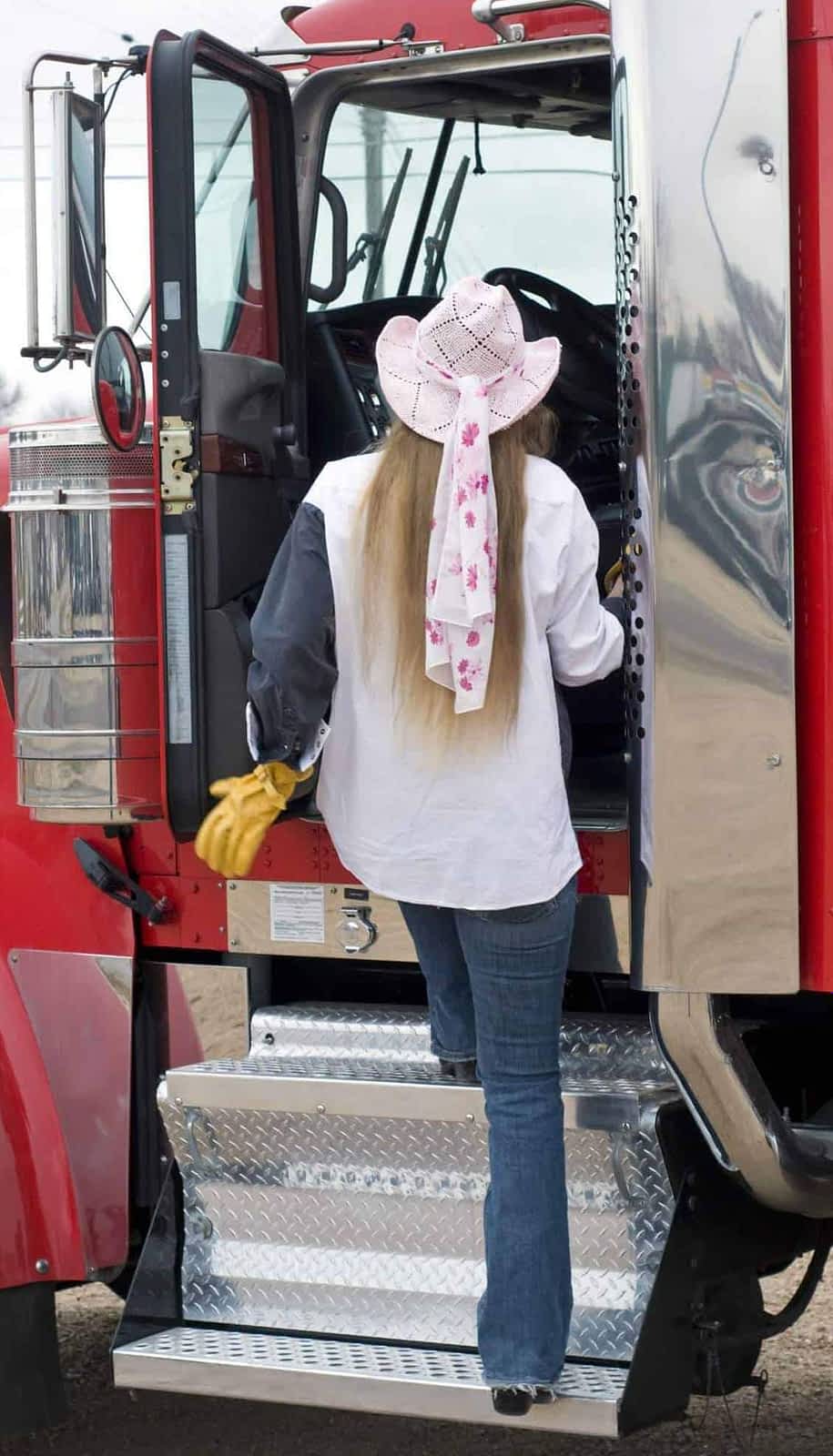 As an over the road driver, the one thing that you seem to have an abundance of: time. You have time to contemplate, time to hash out things, and time to over-think things. Yes, I said it; time to over-think things! Over-thinking can make things worse than they actually are. I recently had two separate incidents involving opening up and coming out as they tend to say. One was to a long-time friend and the other was to a classy lady I was dating.

While driving, I went over everything throughout my life; the last 20 years! Yep, got that kind of time! The one thing that kept resonating, the pattern that kept emerging, was this. I had a deep desire to be feminine; to dress as a woman, to feel comfortable, sexy, alluring, and confident as a woman. I would go purchase items, try them on, feel great, and nearly get caught by my significant other! What would follow is an emergency purge, and then a month later or so, I’d do it all again! I even went as far as dressing in my significant others clothes in order to stop wasting money, and because of the fact that she was watching the bank accounts!

Realization comes from deep thoughts, but it can also hamper us sometimes! I also knew who I was and could not deny it anymore. I knew that I would start my journey to become the woman I was meant to be. I also knew I would have to admit it as well.

As it were, I was coming into Shreveport, Louisiana where my friend lived, whom I have known for almost 15 years. I called him up and set-up a meeting with him at a local truck stop for dinner and to catch-up. I was around six hours away, which gave me plenty of time to mull over how I was going to tell him! I ran through every scenario in my mind. The good ones were where I was accepted, the bad ones came with all the negative backlash, disgust, and the end of a good friendship. I was almost in tears and nearly a complete wreck by the time I pulled up to the truck stop. I was so flustered that I missed the driveway and had to turn around and come back to the correct driveway to get parked. There was an hour delay before he showed up, perfect! I ran through more negative scenarios that might happen. Over-thinking is not then most productive thing one can do in a stressful situation.

We meet in the diner and engaged in small talk. When he finally asked what it was that I could not tell him over the phone, why it had to be in person, I warned him that his opinion of me might change after I told him what I needed to say. He looked questioningly at me. I said straight out that I was a crossdresser. I had done it through my last marriage of 13 years. My ex knew about it, and hence the rift. I waited, held my breath, and expected the worse, but instead got, “Oh, really?” He was a little surprised, but then asked, “That’s it?”  No biggie. He asked what the final result will be. I told him I wasn’t positive, but felt headed towards a 24/7 lifestyle. We discussed it further, for a bit; I was so relieved!

Wow is all I could think during the moment. I said to him that I worried he would be disgusted and leave.  He laughed and told me that he wasn’t one to judge, you should be who you needed to be! In my mind, I made I’d imagined things would be worse. I think that’s true most of the time! I am learning to not let fear dictate or control who I want to be. It’s easier said than done! No doubt!

Shortly after that, I texted the lady I was dating and informed her as well. I let her know that I did not want any secrets between us if we were going to have a relationship! I was scared about that as well, but more confident now that I was being true to myself. She responded fairly quickly, stating that she would be a friend but could not be anything else. She called me the next day, and we discussed it openly and honestly. I have not heard from her since, and I am okay with it. Again, in my head I had an angry woman yelling and despising me, but she wasn’t like that at all!

In conclusion; when you over-think things you tend to dwell on the negative side! Most of the time, you make it much worse in your head than it turns out to be. If you are true to yourselves, hold your head high, and feel confident good things and surprising outcomes can happen. This is not to say you won’t receive negative input, for there will always be those that fear what they do not understand and must lash out! Everything is a journey! A journey to finding oneself, to become complete and happy, and to feel self confident! Life is short; I wasted so much time worrying about the negative part that I didn’t see the positive right in front of my face!

Of course, my next step is to come out to close friends and family. I plan to wait a bit until I’m closer to a 24/7 lifestyle; everyday brings me closer!

Love yourself and love others, be happy and make others happy!

Thank you for reading!

View all articles by Kellie
The following two tabs change content below.

Recently divorced. Ex wife could not accept my desire and wish to be feminized. She saw several photos of me in her clothes and was horrified. I’m now free to start my journey into full transformation. I am a otr truck driver, so the road will be interesting. Look forward to the journey!

Latest posts by Kellie (see all)

Thanks for sharing your story. Many of us have lived what you have been through and it gets better from here. You may have decisions in the future that aren’t easy but this was the hardest. Glad you found the courage to live in the open.

Thank you for your kind words! Truly! Everyday is a soul searching moment. A eye opening time for yourself! Thank you

Thanks for your story great read I totally agree with you, don’t over think as when we do we seem to spiral off into negative thoughts

Yes, for some reason we never over think in the positive but the negative. Make things worse!

Thanks Kellie, I this particular moment of my life your words are like a shiny light at the end of the tunnel. Thank you so much.

Your so welcome! Hope it helped!

Wonderful article! I’ve been coming out to my family recently and was very surprised at the lack of fireworks and drama too. I was overthinking as well. Thank you for sharing this!

Congrats! Knowing that your family accepts you is huge! It’s your one support group that you hope is and always be there for you no matter what!

Hit the nail on the head there kellie

Great story and Good Luck. You gave me a more positive attitude for the future

I’m glad. Sometimes it’s the small steps that get you where your going!

That was such an awesome story and I can relate. I have been a cross dresser since about 16. Kept it pretty much hidden. I was a police officer so was so afraid to let it come out. One night I am at home dressed when I get a call from one of my good officer friends and asking me if I would mind if he and his wife came over. I gladly told him of course and hurried to change back into my man cloths and get all the makeup washed off. I was very curious as why rhey… Read more »

Wow, nice. Would love to have that connect. I will get there someday! Working towards it!

Thats freakin awesome,
Like a lottery win for you!

Thank you so much for sharing Kellie! I’m glad to hear you’re taking control of your life. Thanks for the inspiring words 🙂

Yep – you are right on! Overthinking in my case was so damaging that when I finally did decide to tell my wife, I was completely unprepared for her reaction. At first she was ok, but 24 hours later she head questions…and that just about ruined everything because I wasn’t prepared to answer them and pretty much botched the whole thing. Within a few weeks we were able to patch things up, but everything would’ve gone so much better if I hadn’t spend literally years dwelling on every possible negative outcome. Also, what you said about going from the positive… Read more »

I love what that says. I am a work in progress but I know that it is right because I am happy

Because telling someone a deep secrete is something you can’t take back once said it is a difficult thing to do. Crossdressing, or more, is something once told the other party now knows and could spread at will. I always say if you want something to stay secret don’t tell anyone. Once you tell someone else a secret you’ve lost control. Over thinking a decision like telling or not is really a natural thing. You don’t want strife in your life so it’s you natural defenses you’re in a sense fighting. As we get older though we tend to get… Read more »